MacKenzie Bezos Pledges to Donate Half Her Assets to Charity, Something Her Ex-Husband Has Long Refused to Do 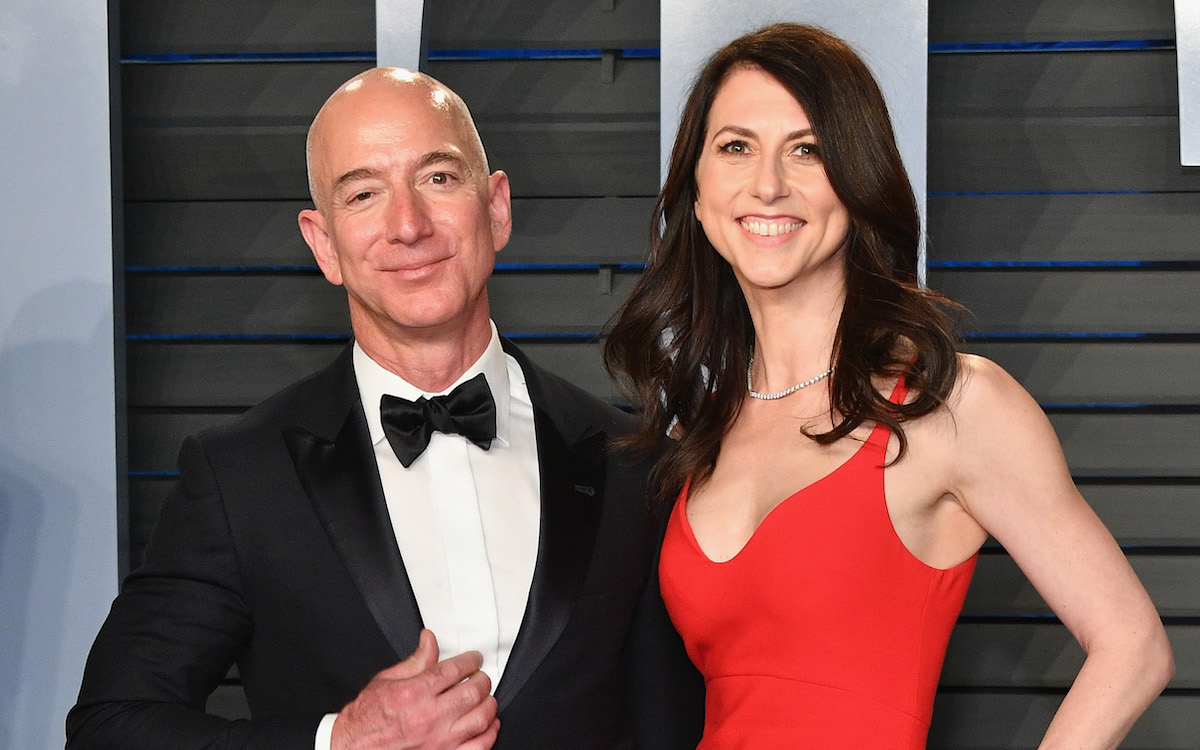 MacKenzie Bezos has become one of the latest multi-billionaires to pledge to donate half their assets to charity over the course of their life or in their will. More than 200 billionaires worldwide have now signed the Giving Pledge, which was created by Bill and Melinda Gates and Warren Buffett. Notably, Mark Zuckerberg, Elon Musk, and Michael Bloomberg have all signed. Jeff Bezos, the richest man in the world and McKenzie Bezos’ ex-husband, has not.

For years, people have questioned Jeff Bezos’ refusal to sign the pledge. He and MacKenzie Bezos finalized their divorce earlier this year, leaving her with $36 billion—an absolutely excessive amount of money, which she recognizes. In a signatory letter, Bezos wrote,

There are lots of resources each of us can pull from our safes to share with others — time, attention, knowledge, patience, creativity, talent, effort, humor, compassion. In addition to whatever assets life has nurtured in me, I have a disproportionate amount of money to share. My approach to philanthropy will continue to be thoughtful. It will take time and effort and care. But I won’t wait. And I will keep at it until the safe is empty.

When the former couple announced their plans to divorce, there was much speculation over a potential settlement. People wondered how much MacKenzie Bezos would “get” of “her husband’s” $136 billion–the obvious implication in that framing being that MacKenzie was just an onlooker or even a hanger-on looking to take someone else’s wealth, rather than viewing her as an essential partner in the amassing of that wealth.

A January Wired article took on the myth of the “lone genius” and the sexism present in the conversation around the Bezos’ divorce. “What was often missing, or glossed over, is the fact that MacKenzie helped her husband start his historic company, starting by agreeing to leave their life and move across the country from New York City to Seattle, where Amazon was founded,” the article reads. “It’s also part of a wider pattern of how the stories of tech companies get told, which erases the many individuals who help to build them in favor of highlighting the ‘lone genius’ at the helm. Many of the people who fade to the background have been women.”

2. Amazon would not exist without Mackenzie Bezos and yet my mentions are filled with many sexist tweets!

MacKenzie Bezos is a successful, award-winning novelist and entrepreneur in her own right, but discounting the importance of a supportive partner is indicative of the ways in which women’s labor (emotional and otherwise) is dismissed as being peripheral to men’s successes, rather than an integral, essential part of it. In addition to having a supportive partner, Jeff Bezos built Amazon on the backs of taxpayers and exploited laborers. He is far from a “lone genius.”

Obviously, even after giving half away (a thing that won’t happen immediately, but will likely take decades), MacKenzie Bezos will still be left with an absolutely absurd amount of money. No one needs $18 billion. That’s an incomprehensible amount of money, but the speed with which she signed this pledge, after years of the Bezoses turning down the request to do so as a couple, highlights just how abhorrent Jeff Bezos’ relationship with wealth is.

In addition to the taxes he avoids paying and the workers he refuses to pay living wages, it was just announced that Amazon is planning a purge of small suppliers in order to cut costs and focus on wholesale corporate purchasing. Bezos has made a handful of large charitable donations in recent years, but in relation to his wealth, they are barely drops in the bucket of what he could (and, really, should) be doing. You could argue that Jeff Bezos doesn’t take from society more than he gives back, but we would have to disagree on that point.

If you want some perspective on just how much money Jeff Bezos has, I highly recommend giving the choose-your-own-adventure Twine game You Are Jeff Bezos a quick play-through. It’s both entertaining and incredibly upsetting.