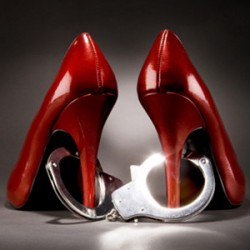 It’s easy to think something is legitimate when it uses a high-end brand’s name, logo, and shows high up in a Google search. But now, French luxury goods conglomerate LVMH is in the process of fighting the good fight against ads for counterfeit merchandise — most notably on Google’s UK search engine, which controls an estimated 80% of the search market throughout Europe.

According to an article in today’s New York Times, “not only are [the products] fake…but when unauthorized parties buy [luxury brands’] trademarks as keywords to generate search ads, [the brand’s] own cost of using those brand names on Google soars.”

This issue is nothing new to the luxury market: Last year, eBay was ordered to pay LVMH over $51 million in damages for their laissez-faire attitude towards selling LVMH brands’ fakes.

Tomorrow, courts will be grappling with the appropriateness and legality of such schemes. Companies such as LVMH and other luxury brands are hoping for a court ruling that will force Google to police the trend in Europe. According to NYT, “millions of euros are at stake, in a case with significant implications for the use of the Internet as a marketing tool for brand owners and as a money maker for Google.”