Luke Evans Opens Up On Getting Cast In The Crow Reboot 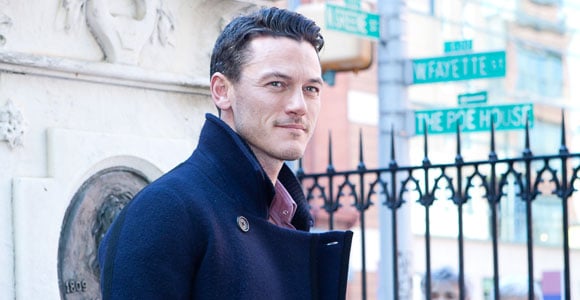 Since we found out Luke Evans nabbed the lead role in The Crow reboot, it’s fair game for reporters to try and get him to talk about it. Thanks to press for Fast & Furious 6, someone got first crack and we found out the actor is no stranger to The Crow.

Evans told Empire Magazine there’s lots of things he can’t tell us about The Crow reboot (boo!) but actually managed to say quite a bit. Sadly, he said he won’t start work on the F. Javier Gutierrez directed film for a while but he’s happy his busy schedule was able to fit it in.

“It’s a great script, really great script, a fantastic director – Javier Gutierrez, a Spanish director whose work is fantastic,” he told Empire. “We’ve been chatting about it for a while now, it’s been sort of simmering away and I have a lot of passion for that role. I remember it vividly from when I was a kid. It still resonates to this day.”

And in case you were wondering, Evans is already feeling the immense pressure of taking on such a beloved character.

“I hope people will be able to sort of enjoy a new version of the story and allow a fresh set of eyes on it and don’t worry too much about it being exactly like the last one. You know, because I think there is a bit of a cult following to this. People have a sort of ownership of the original,” he said. “But it’s been twenty years this year, it’s quite a long time since. I’m very happy about it.”

Still no word on what direction this reboot, based on the original comic by James O’Barr, will take.