Spam At Its Lowest Level Since 2008 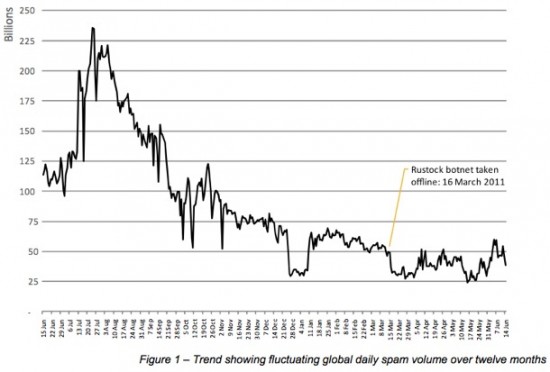 According to computer security juggernaut Symantec (makers of Norton Antivirus) global spam levels are the lowest they’ve been since 2008, when a particularly notorious spam center was taken offline. Worldwide, spam is now down to only 1 in 1.37 emails and only 73.7 percent of emails as a whole. Yes, that’s right. This is considered a low-point.

While there is clearly still a remarkable spam presence on the Internet, some of the current lull could be attributed to progress in taking down the largely automated networks responsible for spending it. Not to mention, spam filters are getting better and by this point, most Internet users understand what spam is and how to effectively avoid it. There’s also no telling what percentage of these recorded spam emails are being sent to largely inactive, or disposable accounts. 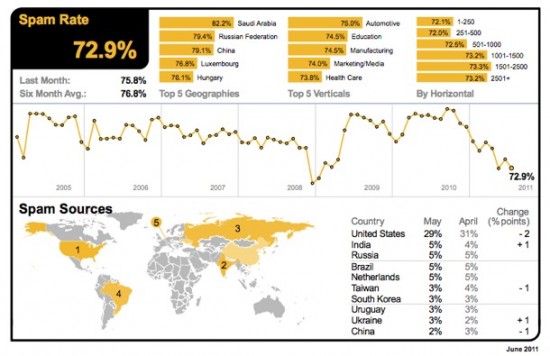 In the wake of this general spam decrease, it appears that phishing has stepped up to fill in the gap. A new wave of viruses that are distributed to only a few dozen users is on the rise, allowing for increased personalization in order to try and combat the general social awareness of phishing. Likewise, many “whale phishing” attempts are now aimed at high-reward targets such as business executives who are carefully researched before hand in the hopes that a custom-made phishing attempt will be more effective.

No surprise that spam, phishing and all other kinds of unsolicited and annoying emails are here to stay, so just set yourself up with a good spam filter, hold your email close to your chest and trust me, you did not win the UK lottery. I’m sorry, but who knows, maybe you can earn a few quick bucks helping a Nigerian fellow move some money into to U.S. I hear that’s totally legit.