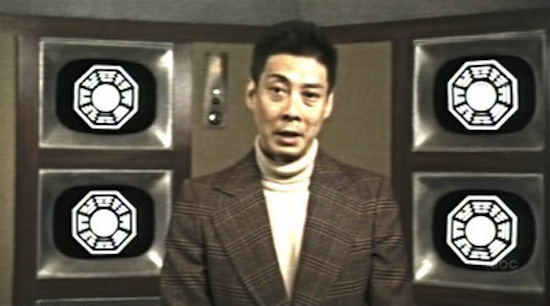 If sleeplessly pushing a button every 108 minutes just doesn’t seem obsessive enough to you, you just may want to head the way of London’s Prince Charles Cinema: Beginning September 13th, the movie theater plans to screen all 121 episodes of LOST back-to-back, for a total of 80 hours of onscreen delirium, spanning four days.

The sweeping gesture, which is timed to coincide with the release of “Lost: The Final Season” on DVD has even caught the attention of the show’s executive producers Damon Lindelof and Carlton Cuse.

“For those of you watching all six seasons of the show in one long marathon, we applaud you, we admire you and we thank you for your fandom. But we take no legal responsibility for you!” they said in a statement.

In fact, paramedics will be on hand at the Prince Charles Cinema to care for anyone who falters during the scheduled 80 hours of film, according reports. Attendees are also required to take compulsory breaks — much like commercials.

Prince Charles Cinema hasn’t yet officially announced the marathon on its Facebook page or its website, though it has all but confirmed the “leak”: They recently told one fan that “there’s still nothing more for us to report at this stage….. you might try emailing again or just hang on a bit longer, more info will be coming soon.”