"It never goes away." 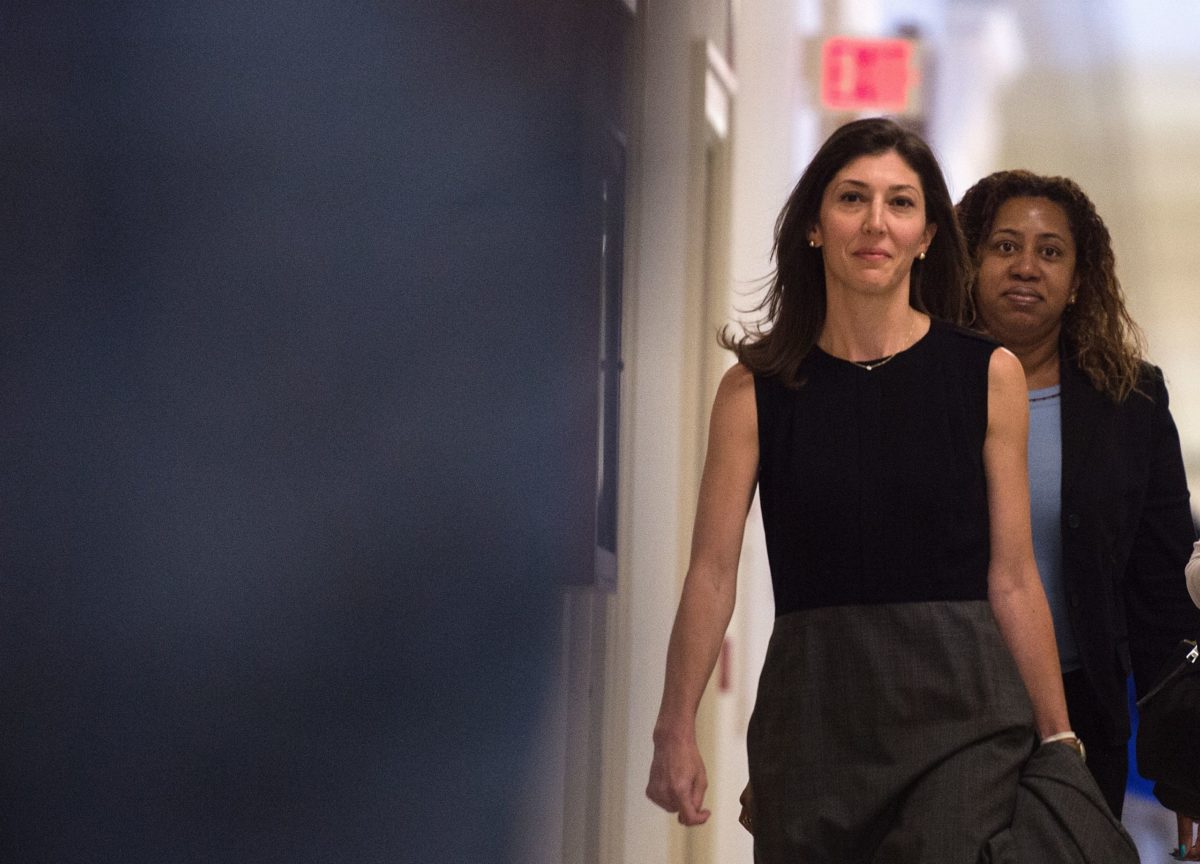 In case anyone has forgotten (because the past three years have been an endless onslaught of burning garbage news crashing over us like the world’s most putrescent avalanche), Page was part of the FBI task force charged with investigating Hillary Clinton’s emails and, later, the Trump campaign’s connections with Russia, and who became the target of an investigation herself because of text messages she exchanged with fellow agent Peter Strzok.

The release of those texts to the press revealed a prior affair she had engaged in, along with the agents’ shared distaste for Trump. The Trump team declared this proof that the FBI was biased against him and was investigating his campaign prior to his election without just cause. Page and Strzok were both abandoned by Rod Rosenstein (and the Justice Department) and forced to resign.

In the revelatory interview, she discusses the importance of speaking her truth, her history with the FBI and Justice Department, the full timeline of the investigations she partook in, and re-asserts that federal employees are allowed to have and express political opinions under the Hatch Act.

But what’s most concerning is her description of what it is like to exist as one of Trump’s go-to punching bags. She discusses, in depth, the lasting impact and trauma that she suffers from on a daily basis:

It’s like being punched in the gut. My heart drops to my stomach when I realize he has tweeted about me again. The president of the United States is calling me names to the entire world. He’s demeaning me and my career. It’s sickening.

But it’s also very intimidating because he’s still the president of the United States. And when the president accuses you of treason by name, despite the fact that I know there’s no fathomable way that I have committed any crime at all, let alone treason, he’s still somebody in a position to actually do something about that. To try to further destroy my life. It never goes away or stops, even when he’s not publicly attacking me.

This barrage has left her feeling paranoid, under constant scrutiny, and suffering from the effects of the ongoing and seemingly unending attacks:

I’m someone who’s always in my head anyway—so now otherwise normal interactions take on a different meaning. Like, when somebody makes eye contact with me on the Metro, I kind of wince, wondering if it’s because they recognize me, or are they just scanning the train like people do? It’s immediately a question of friend or foe? Or if I’m walking down the street or shopping and there’s somebody wearing Trump gear or a MAGA hat, I’ll walk the other way or try to put some distance between us because I’m not looking for conflict. Really, what I wanted most in this world is my life back.

I wouldn’t even call it PTSD because it’s not over. It’s ongoing. It’s not a historical event that is being re-lived. It just keeps happening.

I mean, he tweeted about me four days ago. When Roger Stone got convicted, he asked, why isn’t Page in jail too? Not to mention, you know, his truly reprehensible, degrading stunt at his rally, in which he used my name to simulate an orgasm. And I don’t ever know when the president’s going to attack next. And when it happens, it can still sort of upend my day. You don’t really get used to it.

In the end, Page is just like her fellow public servants Fiona Hill and Marie Yovanovitch, female federal employees who are shoved into the public eye and have their every word (or text message) weaponized by the Trump White House. Their lives are forever damaged in an effort to distract the American public from the real, actual crimes that have been, and continue to be, perpetrated by Trump and his administration.

Even when Page is exonerated of wrongdoing by the Justice Department inspector general report on charges by Trump that the FBI spied on him during his 2016 campaign (the report is set to be released December 9, but leaked press accounts already indicate there was no wrongdoing), it’s still too little too late. The damage has been done, and with Trump supporters not inclined to believe anyone who isn’t Trump, the target he placed on her will remain permanently stuck to her back.

Page had a lot more to say, and you can read the full interview here.