On August 25, 2011, the Linux operating system will celebrate its 20th anniversary, tracing its roots back to an online posting made by creator Linus Torvalds in 1991. Since then, Linux has gone on to become one of the most widely distributed operating systems, powering everything from supercomputers to cellphones. For the uninitiated, this short video takes you through the history of the operating system, and focuses on the unique free licensing that allowed Linux to take off.

Even if you’ve never touched a Linux machine (though, as this video makes clear, you probably have) it’s certainly worth a watch. That a free operating system has not only survived but thrived is an outstanding achievement, and worth commemorating.

In honor of their anniversary, the Linux Foundation has also released an infographic, marking major milestones along the way. The most surprising is no doubt the origin of Tux, the penguin mascot, so be sure to read on below. 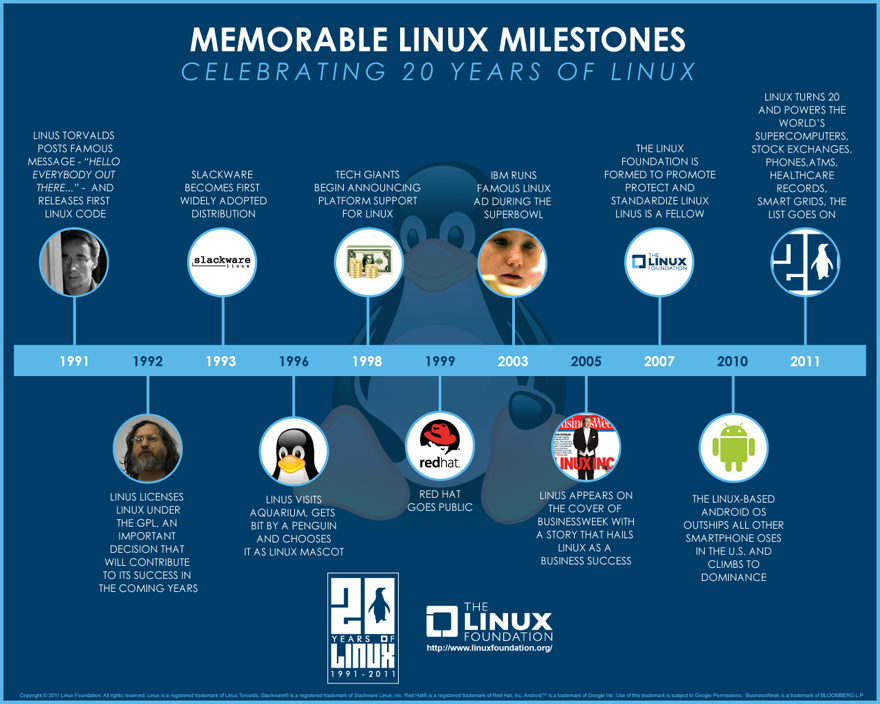 (The Linux Foundation via How To Geek)