Things We Saw Today: In Which Lin-Manuel Miranda Saves an Iconic Bookstore 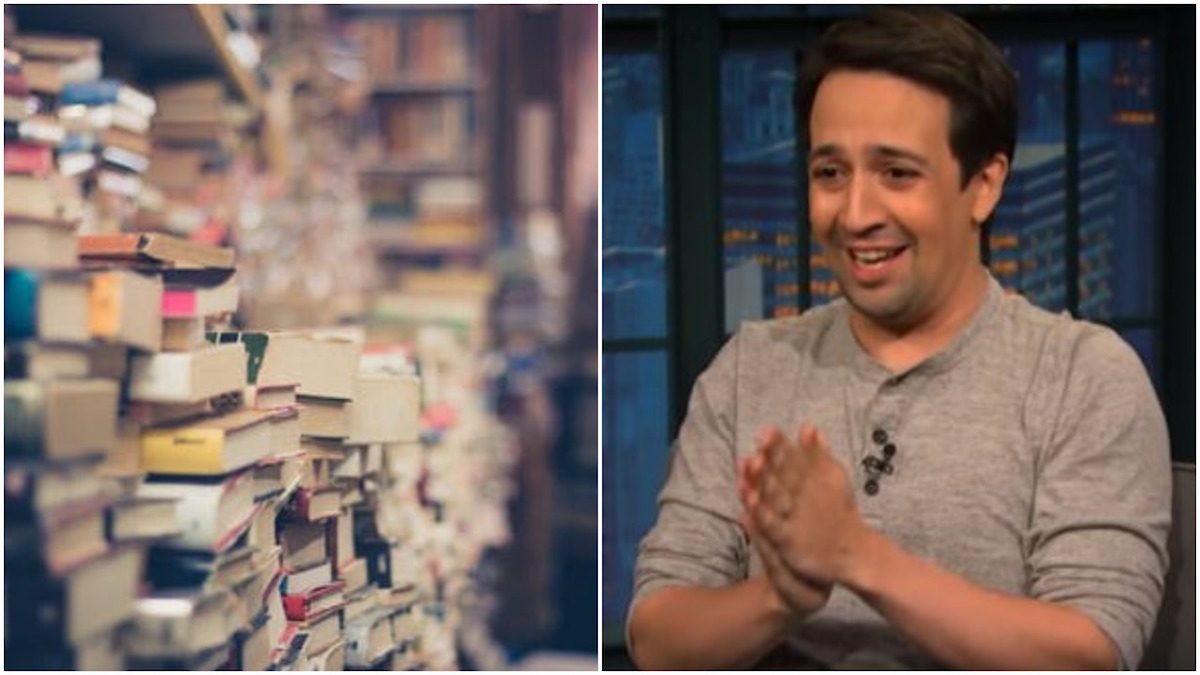 It’s Lin-Manuel Miranda to the rescue, as Lin and friends from Hamilton swoop in to save a beloved bookstore in New York City.

In what sounds like a plot from a movie and will likely be made into a movie one day, Hamilton‘s creatives have purchased the Drama Book Shop, a century-old establishment located in New York City’s theater district. As The New York Times reports, the store is especially known as a “purveyor of scripts, sheet music and other stage-related reading material.” There’s nothing else quite like it in the city.

But the peril that befell the Drama Book Shop is old hat for NYC: the shop struggled with the bonkers real estate prices that have turned the Times Square area into a sea of banks, chain restaurants, and garish attractions. It faced closure. Then Miranda & Co. stepped in.

The new owners of the store are Mr. Miranda; Thomas Kail, the director of “Hamilton”; Jeffrey Seller, the lead producer; and James L. Nederlander, the president of the Nederlander Organization, which operates the theater in which the show’s Broadway production is running. They purchased the store from Rozanne Seelen, whose husband, Arthur Seelen, had bought it in 1958. (He died in 2000.) Ms. Seelen said she sold it for the cost of the remaining inventory, some rent support in the store’s final weeks, and a pledge to retain her as a consultant.

Even the City of New York is officially getting in on the action, joining the coalition with a promise to help the shop more find a more affordable home in midtown. The Drama Book Shop will close in its current location on January 20th, but now, phoenix-like, it appears it will be reborn elsewhere.

While many of us love the idea of saving precious bookstores on principle alone, Miranda and Kail also had considerable personal connections to the store. The two used to meet up in the store’s basement after college, and Miranda wrote much of In the Heights in said basement. Kail said that he was “in many senses professionally born in the bookshop’s basement,” his first production company having been housed there.

Miranda’s attachment ran even further back. He told the Times, “When I was in high school I would go to the old location and sit on the floor and read plays — I didn’t have the money to buy them.”

This really struck home, as I used to do the same thing in high school, spending countless hours in bookstores with stacks of fantasy novels. I have a feeling there are many of us with similar stories and mind-expanding experiences born of sitting and reading on a benevolent bookstore’s floor. Kudos to Miranda, Kail, and friends for working to ensure that a new generation will receive the same opportunity.

Your turn! What did you see today?