LGBTQ Representation in Fantasy Is Important | The Mary Sue

Why LGBTQ Representation in Fantasy Is so Important 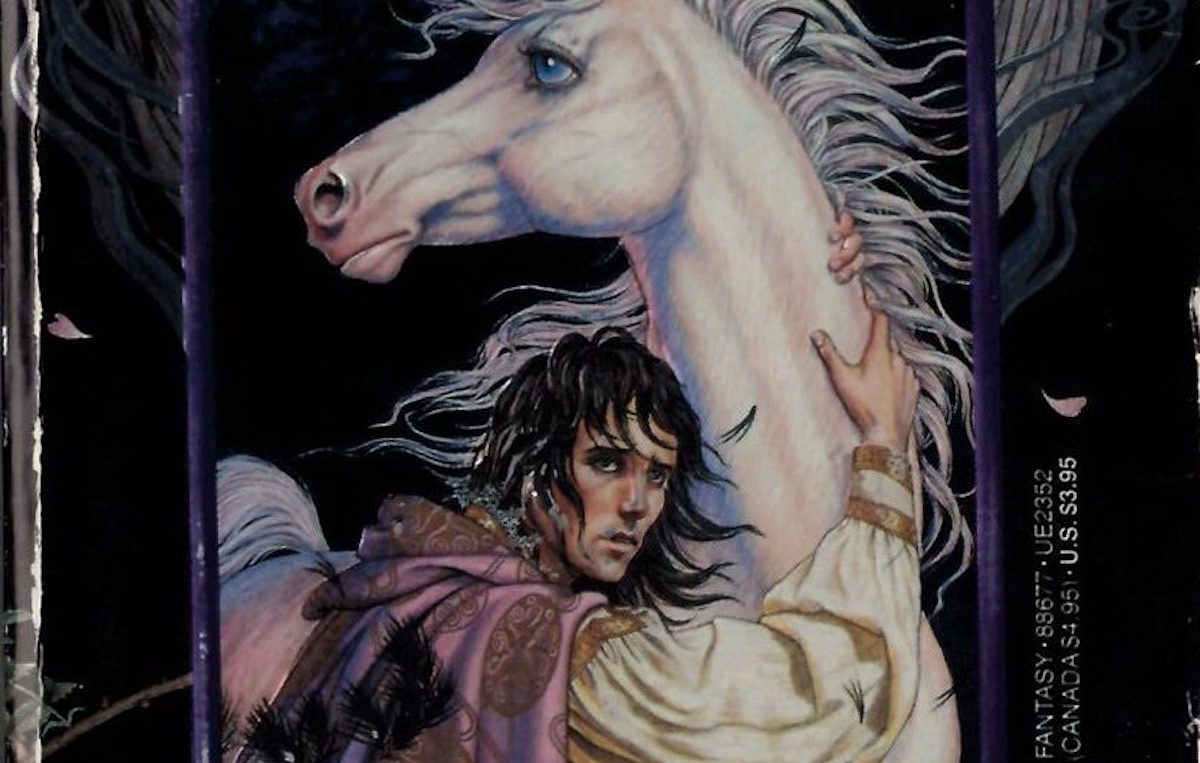 The first time I cracked open one of Terry Goodkind’s Sword of Truth books, I knew I wanted to write fantasy. From those first pages I knew that fantasy offered something special for me: the ability to imagine and inhabit new worlds and identities. For me, fantasy was more than a genre, it was working towards utopia.

For years, when I wasn’t reading fantasy, I would play Dungeons & Dragons with friends. But something always nagged me.  My character was Armand—because I loved vampire novels—and he was straight. He had a cute girlfriend and everything. But that’s not who I was, and that wasn’t how I truly envisioned him. Back then, I was in the closet, so I couldn’t let my friends know, through my character, what I was going through: the angst of being a closeted teen.

Like many queer teens, I was obsessed with finding representations of my experience in everything: books, TV shows, movies, anything that would affirm I wasn’t alone. Mainly, according to much of the mainstream literature at the time, I was told people like me didn’t exist. Or on any given day, we could be found near a train track, twirling our goatees and laughing villainously as we waited for the train to come barreling over the heterosexuals we’d tied to it (Talented Mr. Ripley, American Beauty, Silence of the Lambs, etc.); or we died a lot (Buffy the Vampire Slayer, Torchwood, Magicians, etc.); or we were sexless best friends (Clueless, Mean Girls, Gossip Girl, etc.). Sometimes shows just teased at representation (Supernatural, Merlin, Sherlock, etc.).

It wasn’t always like that, though. Sometimes, we got fair, if not boring, treatment in the form of issues-based contemporary fiction. But that wasn’t for me. I wanted to see people like me fighting trolls and casting spells and saving kingdoms. I wanted the knight in shining armor to walk down the aisle and say “I do” to his Prince Charming.

Years went by, and the fight for LGBTQ+ rights intensified. Arguments for gay marriage took center-stage, and more and more creatives were beginning to dangle the carrot of LGBTQ+ representation in our faces. For me, this culminated in J.K. Rowling declaring Albus Dumbledore gay. But something was missing in this big reveal. It felt more like pandering than anything else. If Dumbledore was always gay, why did it take more than a decade to reveal that fact?

Heteronormativity had done a number on my own fiction writing. For years, I believed I’d never get published if I wrote queer stories, so I wrote straight ones. Rowling had unknowingly demonstrated to me that although a character could be gay, showing the character’s gayness was still too taboo for general audiences. That hurt. My life wasn’t rated R just because I was gay.

Then a friend introduced me to the Mercedes Lackey’s Magic’s Pawn. That book was like a gasp of air, and I had been drowning. I realized that people had been telling queer fantasy stories for years. No pandering or disingenuous promises. Lackey’s books were gay. Super gay. Then I found books like hers, like Weetzie Bat by Francesca Lia Block and The Nightrunner Series by Lynn Flewling. But apart from a few shining examples I still found that these stories were often pushed to the margins and obscured. And they were rarely, if ever, written for teens like I had been.

I realized that most fantasy was lacking in fantasy. That of everything dreamed of in a bookstore, that in the worlds that filled those pages, entire groups of humanity had been left out. Different kinds of people, different types of love and ways of connecting, were erased.

I wondered: Would things have been different for me as a writer, as a human being, if access to this material had been more readily available? How much angst could I have avoided if I had seen fiction where queer people weren’t just villains? What if someone had told me that I—a queer Latinx kid —could be a hero?

I decided I would fight back against the marginalization that tortured me for years. My writing would empower gay kids to chase their dreams. And not just any gay kids, but gay kids who were like me. Kids who lived at the intersection of multiple marginalized identities: a queer Latinx boy who didn’t see himself in anything. Who loved action and adventure and wanted to be a hero. Not a villain. No empty promises. This was my story, and I owed it to those kids.

So, I started the fantasy story I had always imagined for people like me, and I put it on Wattpad. It had everything I’d always wanted in a rich fantasy world, where gay and trans kids could be themselves, be wizards, and save the day.

First some context. I picked Wattpad because it’s well-known for providing marginalized communities a safe space to share their stories, so it was a natural choice for mine, which is boldly, proudly, and unapologetically gay—I mean, it’s literally called I’m a Gay Wizard.

And I was right. I posted my story in its entirety in early 2017, and the response was almost immediate. First just a couple of comments and reads, then thousands, then hundreds of thousands. Real LGBTQ+ people and allies all over the world were falling in love with my story.

In 2017 I received a Watty Award. Out of hundreds of thousands of entries, my story had been singled out as something special. Suddenly I realized that people recognized me not just for my project, to bring more LGBTQ+ voices to books, but they respected what I’d created as an artist. Bringing those two sides of my identity together has meant the world to me.

Last year I received an email that was even more exciting. Wattpad wanted to publish my book as part of their first slate of titles in their new publishing division. My story was going to be one of the first Wattpad Books. I was now part of something bigger: I was joining a canon of literary authors and trailblazers who are literally taking up space on bookshelves for LGBTQ+ stories.

My journey hasn’t ended yet. I’ve now worked harder than ever to edit my story and give it new life as a physical book.

To this day, I still hear from gay teens from all over the world who’ve read I’m a Gay Wizard on Wattpad. They tell me they find comfort in seeing themselves in a fantasy world because they can’t be who they are in the real world. Representation may seem like a small issue for people who don’t lack it, but for people hiding who they are, it’s a lifeline. A sign of something more.

We’ve still got a long road ahead, and I hope all queer creatives—and our allies—understand the burden that rests on our shoulders: We can save lives with representation. 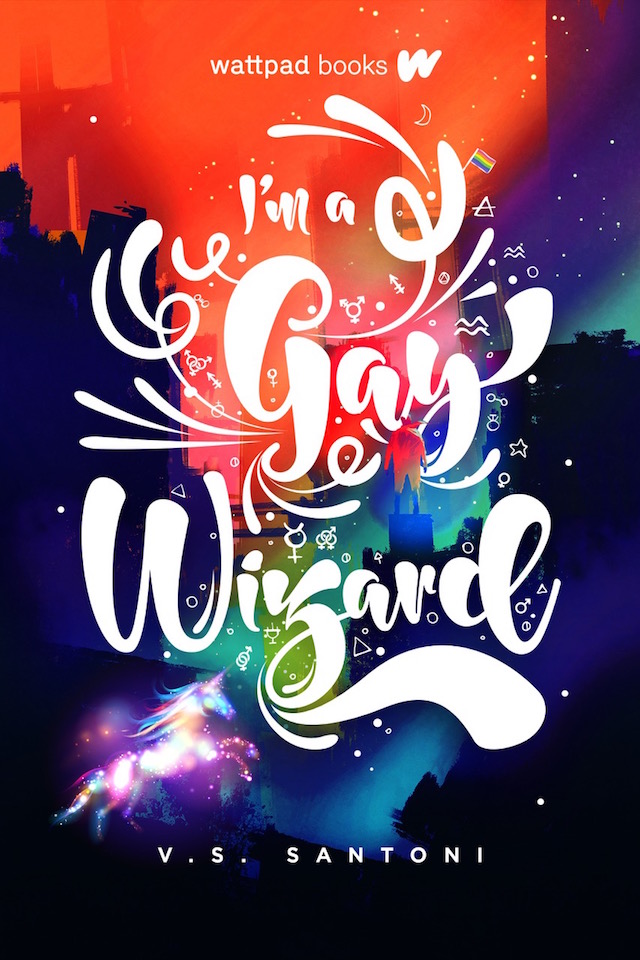 VS Santoni is a gay, nonbinary Latinx author of the forthcoming I’m a Gay Wizard from Wattpad Books, releasing October 29, 2019. Follow on Twitter at @vssantoni and on Wattpadd.