Understanding the LGBTQ Rights Cases Before the Supreme Court

It's more complicated than "Trump wants to fire gay people" 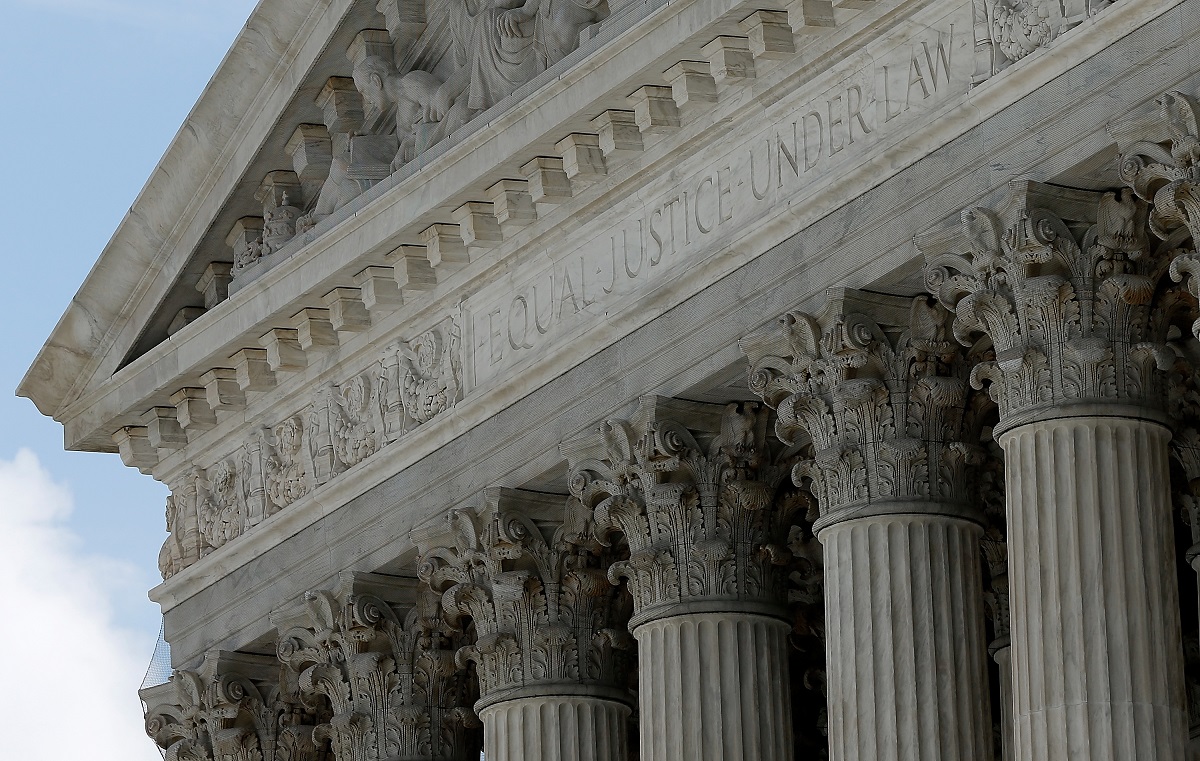 The headline reads: The Trump Administration Asked The Supreme Court To Legalize Firing Workers Simply For Being Gay It’s a terrifying prospect…it’s also wrong. The article attached was clearer, but the sensational headline had people frightened. Sure, the President is a homophobic jerk and his policies do nothing but harm to LGBT communities, but it’s not all that simple. While the cases that the Supreme Court will hear this fall dealing with employment discrimination against gay and transgender individuals are very serious, what’s being argued is far more complex than “Trump wants to fire gay people.”  But that’s what we’re here to explain.

First, a vert basic civics reminder. The Supreme Court doesn’t make laws. The job of the Supreme Court, and all courts, is to interpret laws and decide what they mean when there’s an argument. The United States is a common law country, which means that the interpretation of laws by higher courts or courts of appeals and supreme courts, either state or federal – bind lower courts. We call this precedent. Federal courts exist in various districts, taking up a whole states or dividing then. District court decisions are appealed to the circuit courts of appeals and there are thirteen circuits that cover the entire country. They all answer the the Supreme Court. I know this is boring, but it will matter later.

Precedent is the only thing the Supreme Court can create. That’s why, when the supreme court issues a decision saying, for instance that people being arrested have a right to know their rights, they aren’t inventing something new, they’re interpreting the Constitution or laws which already exists. The court can strike down unconstitutional laws, but that’s not the issue here.

There are three cases that will have oral arguments before the count on October 8: Bostock v. Clayton, Altitude v. Zarda, and R.G. & G.R. Harris Funeral Homes v. EEOC. The first two cases involve employees who allege they were fired for being gay, while the third involves the firing of a trans woman. All these cases ask the Supremes to interpret Title VII of the Civil Rights act of 1964. Title VII prohibits discrimination in employment on the basis of “sex” and these cases ask the Supreme Court to decide if “sex” encompasses sexual orientation and being transgender.

These case are important, and the Supreme Court took them on because they represent a split in the circuit courts of appeals. In Altitude v. Zarda, the second circuit held that Title VII’s prohibition on sex discrimination applied to sexual orientation, and in Bostock v. Clayton, the eleventh circuit held that it did not. The Supremes must resolve that split, which has been growing for years in various courts. The question in R.G. & G.R. Harris Funeral Homes v. EEOC, is if Title VII applies to transgender employees.

The Trump Justice Department is not a party to these cases, but they have filed what are called “Amicus Briefs” with the Supreme court. Amicus means friend of the court; all interested parties can file them, and there are many filed in these cases. The Trump DoJ brief predictably argues that Title VII doesn’t apply to orientation or transgender status and other legal scholars agree.

Let’s be clear, these cases are only about Title VII. The Trump administration is not going into work places telling people to fire their gay employees. The outcome of these case would do nothing to hurt the many state and local laws on the books that explicitly prohibit discrimination against LGBT people. The reason people have tried to expand the interpretation of the sex discrimination provision of Title VII is because there is no federal law explicitly intended to protect gay and transgender employees…and that fact is what’s probably going to decide the outcome of the case.

The current court is conservative and packed with judges who claim to believe in a literal and narrow interpretation of statue. That’s generally not good for those that seek to expand rights and protections through the courts. If the court takes a narrow interpretation of statute, they will likely decide that Title VII does not apply to sexual orientation. It’s possible however that there will be a different outcome on the transgender rights case, because that situation hews far closer to the text of the law and discrimination based on sex, and previous cases where failure to confirm to gender stereotypes was protected. However, opponents have and will argue that “sex” is not the same as “gender” or “”gender expression.”

The news here is not great, but it highlights the need for congress, and not the courts, the act on this issue and pass laws specifically banning discrimination based on sexual orientation and gender identity. Just be cautious when reading sensational headlines, because, while things are bad, they maybe aren’t as dire as the headline make it seem.