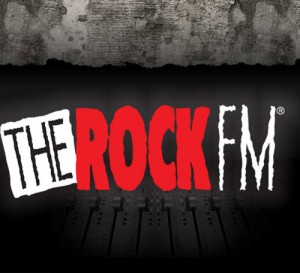 If there’s anything that supporters of marriage equality hate more (than the bigots, of course), it’s the constant reminder that people can actually get married and divorced on a whim, like it’s nothing, really. People can get married in Las Vegas while drinking themselves into oblivion. Politicians decry same-sex marriage while married to their third wife. And radio shows can offer an on-air divorce as a prize in a contest. That’s precisely what was being offered by a couple of disc jockeys at the New Zealand radio station The Rock, who announced a contest with the winner getting the chance to go on the air and tell his wife that he wants a divorce. On Valentine’s Day. Darling. Well, the winner of that contest, who did, in fact, make it on to the air, was not exactly the type of winner the DJs were expecting, but they played along anyway. She was going to break up with her husband on the air. But when her “husband” made it on to the air, it turned out she was playing a prank on them — with her wife. Bababooey!

Here is what went down: Last week, hosts at The Rock, Jono Pryor and Robert Taylor announced a contest that would give one of their (presumably) male listeners the chance to call their unsuspecting wives while on the radio, live, and ask them for a divorce. Again, on Valentine’s Day. And over the phone. To give them a tiny amount of credit, they made one exception: that there could not be children involved. They got a lot of flack for the stunt before the call took place, but had their winner, “Sam,” ready to call “his” “wife” and dump her on the air. But the hosts had a twist for their audience: Sam was a woman, and she would be asking her husband, Andy, for a divorce.

So, Pryor and Taylor brought Sam on the air, and she described how she’d already started seeing someone she met online. After a short introduction, Sam then said she wanted out, that she was changing her mind, but the call was placed — and a woman answered. Turns out, “Andy” was “Amber,” and Sam and Amber were a lesbian couple in a civil union. And this was all a prank.

“We sabotaged you, you dickheads.”

Once that was revealed, the couple went off on the hosts, railing against how awful, sexist, and mean-spirited their contest was, and how could they possibly use the destruction of a relationship for entertainment purposes. (Even though they ended up choosing a female winner, the “Win a Divorce” contest was geared towards men breaking up with their wives.) Oh, and Amber cursed her freaking face off while they were live on the air, and it was beautiful. You can listen to the whole call here.

In the end, Sam calmly explained why they pulled the prank, and one of the hosts conceded that while he was unhappy about it, the stunt was “genius.” They also said they felt like they were in an episode of Scooby-Doo — those meddling lesbians!