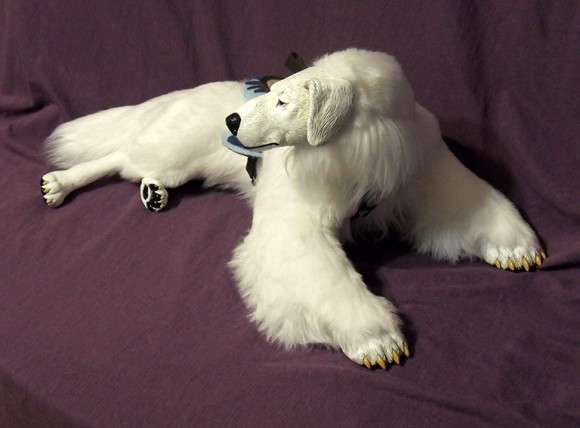 The folks behind Etsy shop Worms and Bones have crafted this one-of-a-kind, fully posable doll of Naga the polar bear dog, animal guide to Avatar Korra in The Legend of Korra. A single picture doesn’t really do it justice, you’ll have to check out the rest at their Tumblr post to really see just how amazing it is. Naga is being sold in a silent auction, with 25% of the proceeds going to Polar Bear conservation efforts, so if you’d like to get your hands on her, you should probably contact Worms and Bones soon.

(Worms and Bones via Bryan Konietzko.)

Previously in Legend of Korra

The Legend of Korra