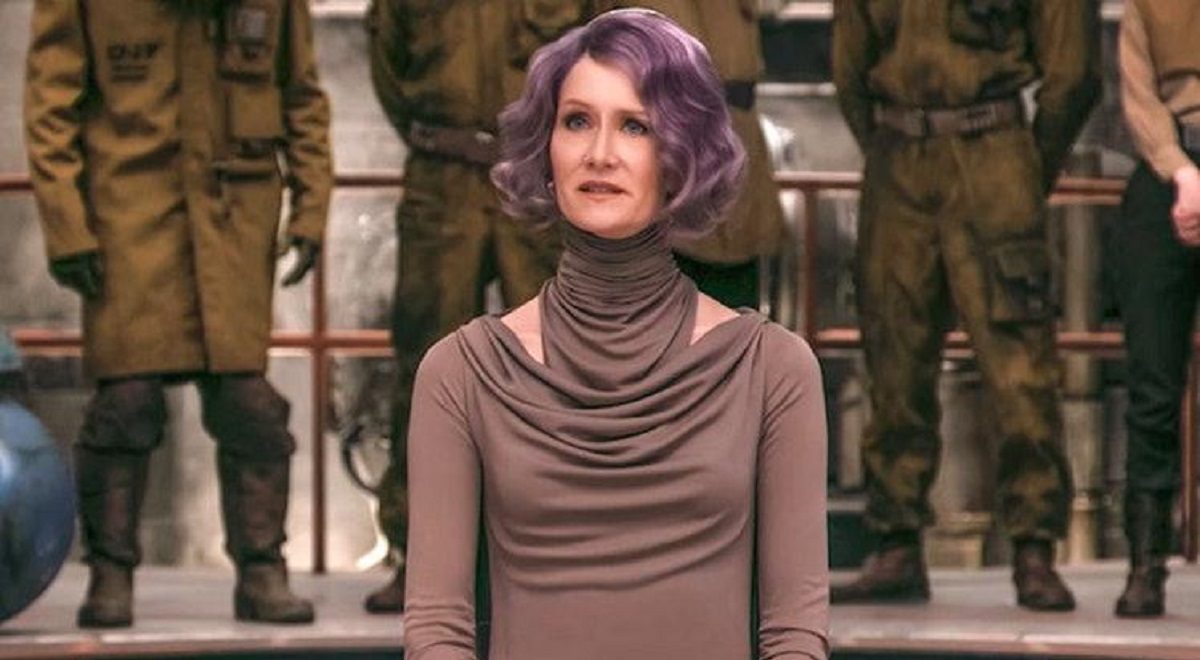 Laura Dern, an accomplished and Oscar-nominated actress, just couldn’t stop herself from making “pew” noises when she fired her blaster during Star Wars: The Last Jedi. Dern first admitted to this back in August, on The Late Show with Stephen Colbert, but it’s been making the rounds on Twitter because it’s also reportedly part of Rian Johnson’s director’s commentary on The Last Jedi. (I can’t confirm, as I haven’t seen the commentary myself. Update: But Brett White over at Decider watched it and can confirm this story is included.)

In addition to Johnson’s reported quote, this Twitter genius below found a shot where you can see Dern making the “pew” noise:

“You can see Laura Dern say ‘pew’ when she fires the gun, which she could never not do every time she shot it.” — Rian Johnson, Star Wars: The Last Jedi Commentary pic.twitter.com/Wkr803BQte

While I can’t confirm Johnson’s commentary for you, you can see Dern herself share this anecdote in her August interview with Colbert. Colbert asked her if she would ever “forget you’re doing a movie” when she was on set, because the world of Star Wars is so immersive.

“I’m gonna tell you the most embarrassing story,” she said, “only because Rian Johnson, our director, embarrassed me by telling it a few days ago. And I didn’t know I did it, and I guess they were watching dailies and recognized it. There is a moment where I get to have a space-weapon in my hand, and I guess, didn’t realize that I was back in my bedroom at eight years old doing the scene, and I went, ‘Pew! Pew!’ as I was [shooting]. They’ve taken the sound out. I don’t think you’ll hear that in the movie, hopefully.”

Dern is not the only Star Wars cast member to lose herself in the sound effects. Hayden Christiansen made lighstaber noises when he played Anakin Skywalker, until George Lucas had to come over and tell him they could see his mouth moving. “I was just so focused that I didn’t know where I was doing it,” Christiansen said. “Still, to this day, I pick up a lightsaber, and I can’t help it. It just happens.” Ewan McGregor, who played Obi-Wan Kenobi, also reportedly made lightsaber sounds on set as well.

As Dern summarized, “I was so excited! I mean, it’s Star Wars!”