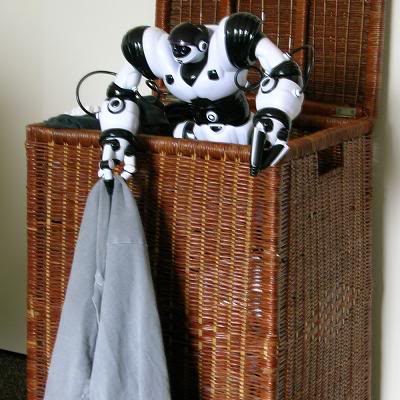 Roboticists at The University of California, Berkeley have developed a robot that can fold towels.  Very slowly.  And, somehow, in a sort of earnest and endearing way?  I think it’s the careful smoothing of creases that does it.  I shall call it FOLD-E.

In the first video, the robot folds and stacks four towels that have been randomly dropped on a table for it.  Its creators say that it achieved “success on all 50 out of 50 single-towel trials as well as on a pile of 5 towels.”  In the second video, some mean person has given it an already folded towel to fold, which only serves to confuse it.