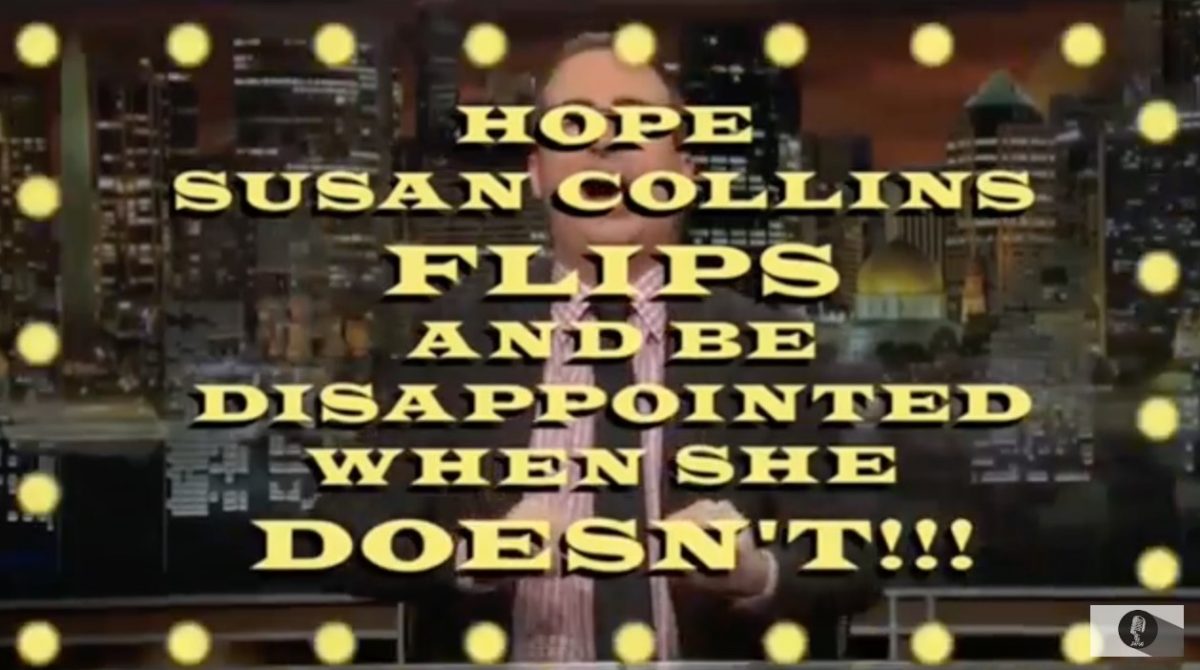 “This is obviously huge news, and for anyone who believes the Constitution protects things like reproductive and LGBT rights this is bad. And we know it’s bad because Donald Trump Jr. was happy”, says the host, citing Trump Jr’s “OMG! Just when you thought this week couldn’t get more lit…I give you Anthony Kennedy’s retirement from #SCOTUS” tweet.

“I’m afraid I’m going to have to disagree with Mister Junior on this, because I don’t think this is ‘lit’ at all. I mean, it’s ‘obvs crayAF’, no one is denying that ‘fam’, but I would argue that this week’s news was neither ‘lit’ nor ‘on fleek’ nor was it ‘three fire emojis’. Now, granted, I’m still a little ‘shook jsyk’, but I personally believe Kennedy’s retirement is super ‘werpt’. And I’m happy to announce that in saying that, all of the slang words I just used are now officially dead forever—and that includes ‘werpt,’ a term that doesn’t even exist for which I preemptively ruined just in case.’

But what about Democrat efforts to delay or obstruct the nomination? “They’ve appealed to Mitch McConnell’s sense of fairness and consistency by pointing out he refused to confirm Merrick Garland before a major election”, Oliver says. “The problem there is that McConnell couldn’t give a flying fuck about fairness or consistency.”

Cory Booker is trying to stop the nomination by citing Trump’s criminal investigation, which would eventually go to the Supreme Court. Oliver, however, says we’ll be more likely play America’s least favorite game of “Hope Susan Collins Flips and Be Disappointed When She Doesn’t”. Collins has said that she will not vote for someone ‘hostile” to Roe v. Wade but her spokesperson has also said she won’t be applying “ideological litmus tests” to nominees so who knows?! Pro-choicers are sending her hangers to remind her what disastrous consequences overturning the Roe v. Wade decision could bring.

The host adds that consequences will “almost certainly be extremely grim”, and proceeds to share a very uplifting montage of Jeffrey Toobin on various news shows talking about how Roe v Wade is doomed and how abortion will be illegal (not could be, but will be) in quite a significant part of the US soon.

Do you feel panicked and awful? “There is actually some good news”, says Oliver, “because it turns out there is a constitutional loophole that allows democrats who—I’m obviously lying here there is no good news EVERYTHING IS TERRIBLE NOW.”

The main story of the night was about gene editing, and the horrors of “trying to play god and alter the basic building blocks of life” somehow don’t stack up to the horror awaiting us?