Why Did 'The Last Jedi' Fail so Badly in China? | The Mary Sue

Why Did The Last Jedi Fail So Badly in China? 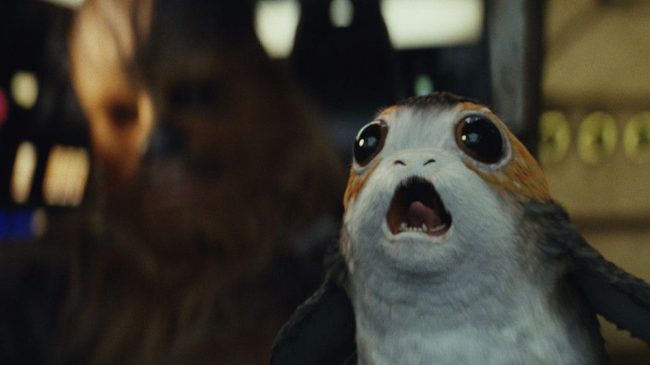 “Fail” is a kind way of putting it. “Bombed” is more accurate. The latest Star Wars epic is likely to earn less than movies like Valerian (remember Valerian?) and Geostorm (huh?) in the Chinese market.

Although The Last Jedi was the biggest movie in North America in 2017—raking in a domestic box office of $591 million and $1.2 billion worldwide—China is the world’s #2 market and therein, The Last Jedi has spluttered and struggled and finally been put out of its misery.

The film has done so badly that Disney is pulling it from China after a mere two weeks of play time. “It’s performed much worse than we could have expected,”  Jimmy Wu, chairman of nationwide Chinese cinema chain Lumiere Pavilions, told The Hollywood Reporter. Ouch.

The Last Jedi bowed with $28.7 million in China but only managed to grab $2.4 million the next weekend, which is a decline of 92% and mind-bogglingly bad by giant movie standards. So what happened here?

THR puts forward the theory that The Last Jedi, as a sequel that relies heavily on nostalgia for a trilogy released decades ago, plus prequels and one-shots, doesn’t hold appeal for Chinese audiences who are not already invested in Luke Skywalker & Co.

…a large part of Star Wars’ struggles in China stem from the fact that the original three films never received a wide release in the country.

“Because of the complex characters and themes, the prequels, and all of the multi-generational layers that are part of the culture, or cult, of Star Wars, it’s been hard for young Chinese filmgoers to get into the franchise.”

The Force Awakens did much better in China, but that movie was the first of the new Star Wars films and benefited from audience curiosity. Rogue One also performed better than The Last Jedi, but Rogue One was a standalone film and featured Chinese stars Donnie Yen and Jiang Wen. By contrast, as THR points out, “the new Star Wars films lean especially heavily on references and nostalgia for the originals.”

We imagine that might only increase after The Last Jedi—although, with the loss of Carrie Fisher and what happens with Luke, it could be the case that the new young generation of characters could be going it alone now. Still, I can’t imagine we won’t see a Force ghost or two.

This box office implosion news made me step back and consider what it must be like to look at The Last Jedi with eyes that are not steeped in Star Wars lore. While those of us who love the property often thrill at in-the-know references and winking nostalgia, for Star Wars newbies all that nuance is lost, and throwbacks can feel confusing. If you’d never watched a Star Wars movie before The Last Jedi, what would you think when Yoda popped up? Who the hell is Leia and how does she fly back to a ship after being blown into the frozen vacuum of space? Why does everyone keep calling Kylo Ren “Ben”?

The Last Jedi is a very long movie with several complex plots happening that might not seem worth the trouble of following if you’re not already invested. Considering this, even The Empire Strikes Back, which many of us hold to be the best Star Wars movie, would likely suffer a similar reaction. Would we care who Darth Vader’s son is or who Luke’s sister is if we never saw A New Hope?

The Last Jedi‘s failure in China makes sense, and it makes me wonder what, if anything, studios will do to avoid this in the future. We’re living in an age of reboots and franchises that lean heavily on what came before. While many films try to do a sort of recap via exposition to catch new viewers up, the deeper and more complex the mythos—and the more characters involved—the harder that becomes.

It’s an argument for investing in brand new properties with the potential to grow into worldwide phenomena, no prior histories attached.