Pokémon Go turn in your badge 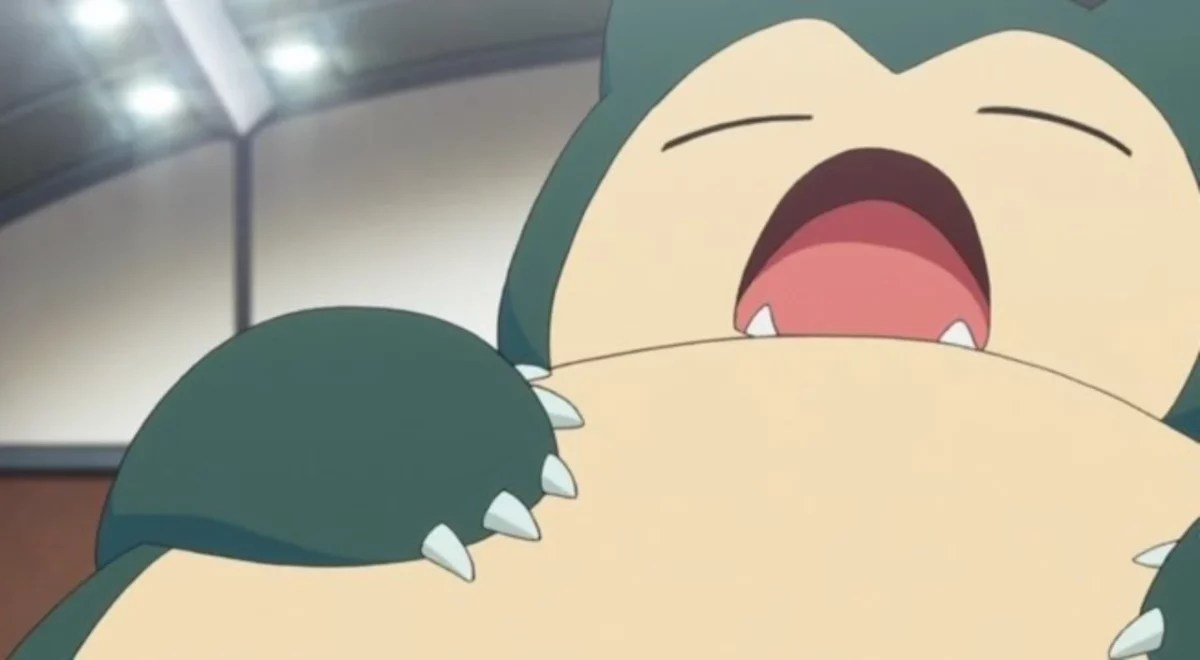 Louis Lozano and Eric Mitchell, two former LAPD officers, were fired after an investigation found that they ignored a call to assist in a robbery in 2017. The reason they ignored the call? Pokémon Go. More specifically, the two were in pursuit of a Snorlax, followed by a Togetic that popped up in the area.

What, did you expect them to just put the game away when they were called for backup? Please read that in the most sarcastic tone possible.

While this situation dates back to 2017, the reason it’s currently hitting the news is that Lozano and Mitchell tried to appeal the decision, but lost.

Two cops were fired from the LAPD after they failed to respond to the report of a robbery and drove off to hunt a Snorlax in Pokemon Go.

They appealed (said it wasn’t okay for squad car recording of them to be used against them). They lost.

From our newsletter today: pic.twitter.com/PxTZzYfXuV

So their basis for the appeal was because the dashcam footage that recorded them… shouldn’t have been used against them?

Totilo, the co-author of the Axios Gaming newsletter, also provided the court document detailing the case.

One clarification that I realize wasn’t clear from the initial tweet: the Pokemon/robbery incident happened in 2017. The cops were fired, went to court, appealed and, what’s new is that they just lost the appeal. The account of what happened is from that recent ruling.

As Totilo says, the document has excellent footnotes, from an extremely technical breakdown of what Pokémon Go is to descriptions of Snorlax and Togetic. Seriously, if you ever wanted a delightful over-explanation of Pokémon Go for whatever reason, now is the time, especially since it’s from a case where detectives lost their jobs because they chose to (forgive me for this) catch em’ all instead of the actual, real-life robber.

As players move within their real world surroundings, their in-game “avatars” move within the game’s map. Upon encountering a Pokémon, the player’s mobile device “display[s]
an image of [the] Pokémon as though it were in the real world,” and the “player may throw a Poké Ball at it by flicking [the ball] from the bottom of the screen up toward the Pokémon.” If the Pokémon “is successfully caught, it will come under the ownership of the player,” and the player “is awarded two types of in-game currencies: Candies and Stardust,” which are needed to “raise a Pokémon’s ‘Combat Power’ ” or “to evolve a Pokémon.” The game’s “ultimate goal” is to “complete the entries in the Pokédex, a comprehensive Pokémon logbook, by catching and evolving [Pokémon] to collect every one in it.”

So many quotation marks. I adore it.

Honestly, the entire case is full of gems that’ll make you stare in awe of the fact that these officers lost their jobs because they really wanted that Snorlax, then tried to appeal it because footage meant to record what was happening… recorded what was happening.

Petitioners challenged their discharge orders by a petition for administrative mandamus. They argued the board of rights did not proceed in the manner required by law when it allowed
the DICVS recording to be used as evidence, and they maintained their procedural rights under POBRA were violated because Sergeant Gomez questioned them without affording them the opportunity to have a legal representative present. Petitioners also asserted discharge was “too harsh” a penalty under the circumstances.

“Too harsh,” huh? When you could’ve just… tried to catch a Snorlax the next time one came around? Is a Snorlax and/or Togetic so rare that you had to make that your top priority instead of a robbery?

I honestly don’t know how rare they are in the game since I don’t play it, but it shouldn’t matter, because, you know, there was a ROBBERY in progress!

Here is a list of the six on-duty counts of misconduct the officers were charged with. Lozano and Mitchell pled guilty to the first and third charges, but not the other ones.

Yes, they legit tried to say they were not playing Pokémon Go when there is video evidence of the contrary.

Detective McClanahan conducted a second round of interviews with petitioners to discuss her concern that they were playing a video game while on duty. Petitioners denied playing a video game. They claimed they were merely “having a conversation about Pokémon Go” and Officer Mitchell had been receiving text messages and alerts from a Pokémon Go players group where “people [were] bragging about their scores.” Detective McClanahan determined petitioners were not being truthful.

This brings me to the crown jewel of this case document.

For approximately the next 20 minutes, the DICVS captured petitioners discussing Pokémon as they drove to different locations where the virtual creatures apparently appeared on their mobile phones. On their way to the Snorlax location, Officer Mitchell alerted Officer Lozano that “a Togetic just popped up,” noting it was “[o]n Crenshaw, just South of 50th.” After Mitchell apparently caught the Snorlax—exclaiming, “Got ‘em”—petitioners agreed to “[g]o get the Togetic” and drove off. When their car stopped again, the DICVS recorded Mitchell saying, “Don’t run away. Don’t run away,” while Lozano described how he “buried it and ultra-balled” the Togetic before announcing, “Got him.” Mitchell advised he was “[s]till trying to catch it,” adding, “Holy crap, man. This thing is fighting the crap out of me.” Eventually Mitchell exclaimed, “Holy Crap. Finally,” apparently in reference to capturing the Togetic, and he remarked, “The[ ] guys are going to be so jealous.” Petitioners then agreed to return to the 7-Eleven (where Sergeant Gomez later met them) to end their watch. On the way, Mitchell remarked, “I got you a new Pokémon today, dude.”

The lesson of the day? Save the Pokémon for when you’re off duty unless if your name is Officer Jenny.