Does Anyone Have Less Self-Awareness Than Ken Starr? | The Mary Sue

Does Anyone Have Less Self-Awareness Than Ken Starr? 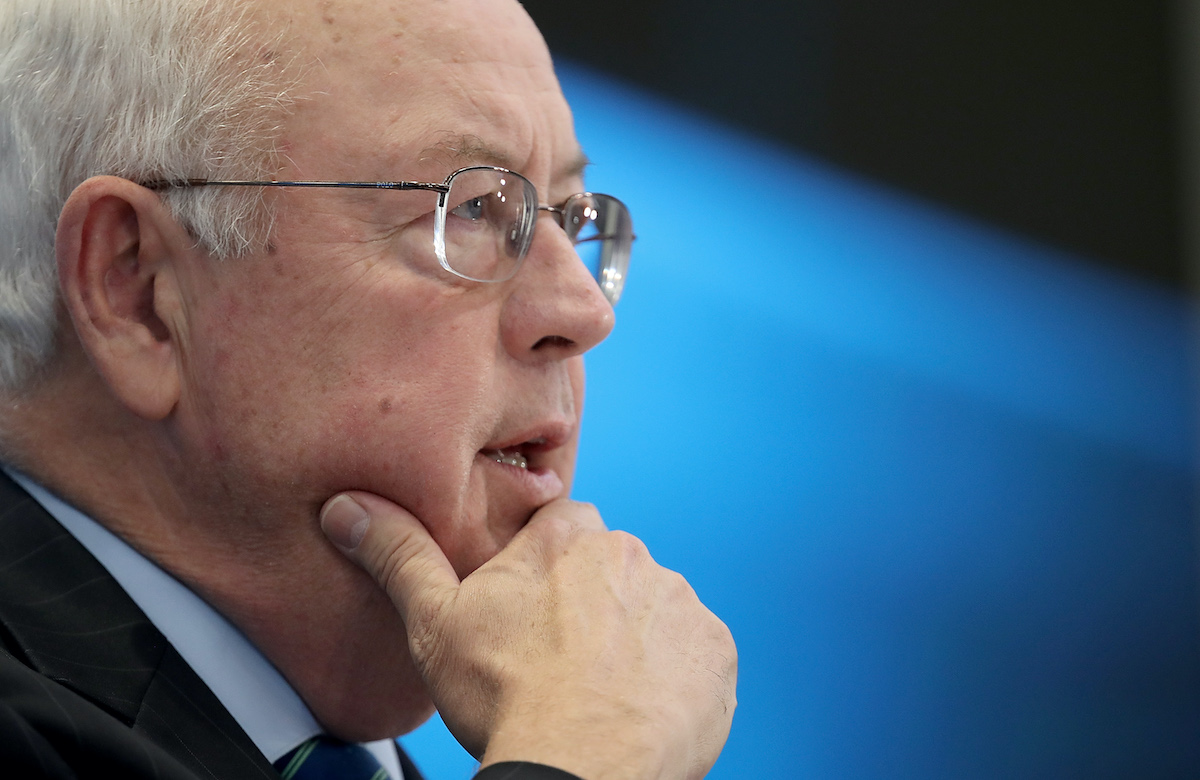 Back in the late ’90s, Starr was the independent counsel investigating Bill Clinton. And now he’s back to rail against Trump’s impeachment with just an absolutely baffling lack of self-awareness.

Starr’s arguments today were stuffed to the brim with obvious hypocrisy. He complained that “instead of a once in a century phenomenon, which it had been, presidential impeachment has become a weapon to be wielded against one’s political opponent.”

“The Senate is being called to sit as the high court of impeachment all too frequently. Indeed, we are living in what I think can aptly be described as the age of impeachment,” Starr told the senators while failing to acknowledge just who it was that kicked off that era.

Ken Starr unironically lamenting that impeachments are happening “all too frequently” is so much better with a laugh track pic.twitter.com/qmuHjQNe0G

Starr argued that unlike the impeachments of Clinton and Richard Nixon, Trump’s impeachment wasn’t based in any crime. (Hard disagree.) He also accused Democrats of searching for a crime and creating new ones as impeachment went on, as if that’s not exactly how Starr got Republicans to impeach Clinton on charges related to his affair with Monica Lewinsky rather than any of the other crimes his investigation was originally focused on.

Borrowing a page from Mitch McConnell’s playbook, Starr also argued against pursuing impeachment during an election year, saying that deprives voters of their political voice.

While Starr didn’t bring it up, Trump’s lawyer Jay Sekulow condemned House Democrats for showing too much joy over their souvenir impeachment pens. The clip he showed didn’t look especially joyous to me but either way, that’s something that should sound familiar to Starr.

MSNBC’s Nicole Wallace noted that given Starr’s complete 180, he must be “either born again … or hypocritical.” Everything he said was so jaw-droppingly oblivious, it’s actually remarkable that he also managed to be as boring as he was throughout his defense.

Is it just me or is anyone else struggling to stay awake and listen to Ken Starr? This is a horrible presentation.

Ken Starr’s rather exciting tie does not match his rather non-exciting delivery.

Republicans have been raging about the lack of legitimacy in this impeachment process since the beginning and I have to say I didn’t agree with them until now. But by bringing in Ken Starr of all people to rail against the very idea of impeachment, they’re turning this trial into the sham they’ve always wanted it to be.