I can't believe we actually have to say it but here we are. 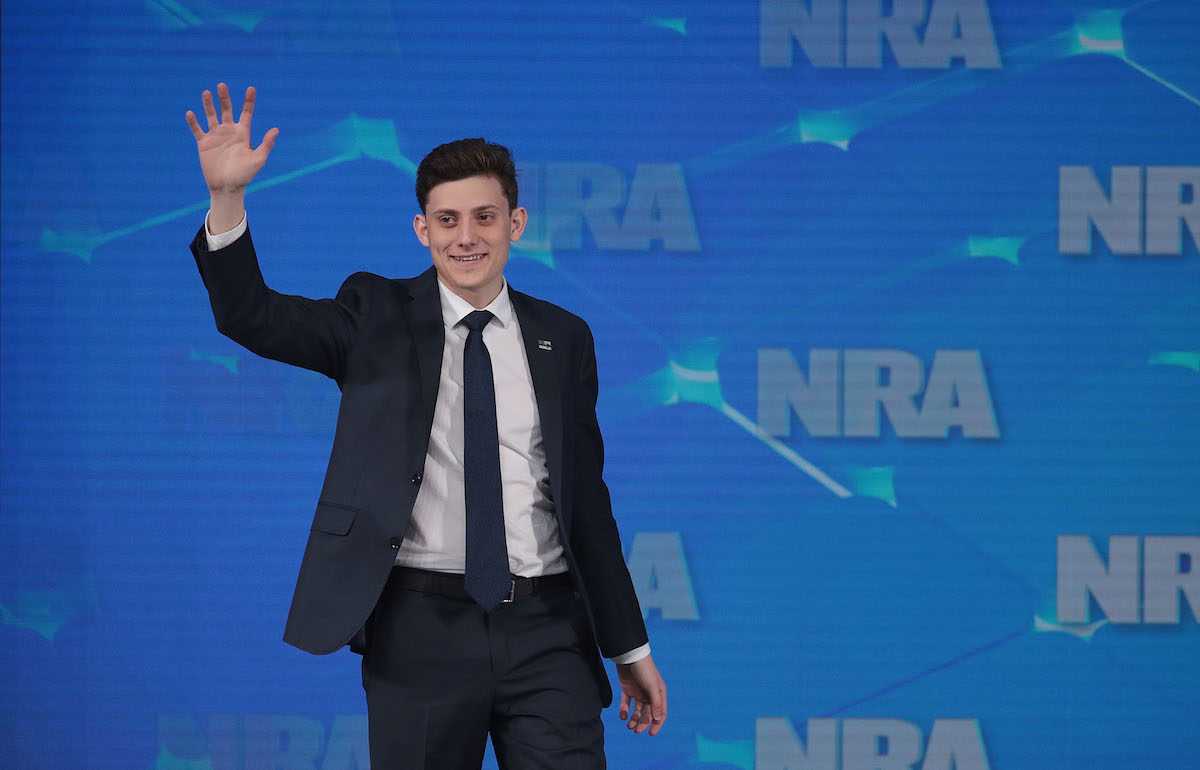 Last month, a number of racist messages written by Kyle Kashuv, an aggressively pro-gun Parkland shooting survivor who subsequently became a conservative darling and even met with Donald Trump, were made public. The screenshots were from texts and shared Google docs from about two years ago, when Kashuv would have been 16, and they were filled to the brim with racist slurs. The teen apologized (or rather, offered a “quick note” on the issue) on Twitter for his “callous comments,” saying he was embarrassed by them and that he’d grown and changed since then, in no small part due to having survived such a traumatic event.

Now, Harvard has rescinded his admission for the upcoming fall semester. In a series of tweets, Kashuv shared letters he exchanged with the admissions office. He says that he was asked to submit a written explanation of the leaked messages and any others that may exist. He did so, but Harvard apparently didn’t think whatever explanation he offered counteracted the messages themselves and the admission recission would stand.

Kashuv called Harvard’s refusal to acknowledge his growth over the last two years “deeply concerning.” He’s also using a bizarre line of but I’d fit right in with the past bigots and antisemites of Harvard, which might not be the best argument.

11/ Throughout its history, Harvard’s faculty has included slave owners, segregationists, bigots and antisemites. If Harvard is suggesting that growth isn’t possible and that our past defines our future, then Harvard is an inherently racist institution.

But I don’t believe that.

I am by no means going to defend Kashuv. His old texts are despicable and much more recently he gained the favor of the NRA and far-right figureheads by attacking his classmates. But he is still very young and hopefully in another two years he’ll be just as embarrassed by his current behavior as he says he is of his past actions. But what’s deeply troubling is the number of grown-ass adults rushing to his defense, holding him up as an example of “cancel culture” and “liberal bias.” A number of ultra-right figures (like Laura Loomer) have publicly supported Harvard’s decision. Others, not so much.

Regardless of what you think of @KyleKashuv — and for the record, I think he, like many other Parkland survivors, has handled the public limelight with grace and strength — Harvard’s auto-da-fe sets up an insane, cruel standard no one can possibly meet. https://t.co/zgL26OPaSZ

This is insane. @Harvard and those in the mob they sought to appease should be ashamed of themselves.

This incentives political opponents to try to dig up dirt on kids to punish them for having views they do not agree with. https://t.co/iPozHB1WuQ

The mighty secular institutions of the cultural elite are shedding grace as they shed faith. On a smaller scale, Harvard’s vindictiveness against Kyle Kashuv reminds me of Oberlin’s malice. Self-righteousness untempered by humility makes a country cruel: https://t.co/xhYp31QRey

Even the New York Times has an op-ed from David Brooks who writes that Harvard’s decision “may reflect a misunderstanding of how moral character develops.”

“The Harvard admissions committee is the epicenter of the meritocracy,” he writes, seemingly without a trace of irony, as if no Harvard applicant has ever been considered on any qualities but their GPA.

Moral formation is not like learning math. It’s not cumulative; it’s inverse. In a sin-drenched world it’s precisely through the sins and the ensuing repentance that moral formation happens. That’s why we try not to judge people by what they did in their worst moment, but rather by how they respond to their worst moment. That’s why we are forgiving of 16-year-olds, because they haven’t disgraced themselves enough to have earned maturity.

But of course, we’re not forgiving of all 16-year-olds, are we? Not all teens have access to the same meritocracy. Not everyone is given the same opportunities, the same respect, or the same benefit all doubts.

A lot of white people on here today making excuses for Kyle Kashuv with some “kids make mistakes” song-and-dance who were calling Trayvon Martin a thug for walking in his own neighborhood.

Right-wingers are freaking out about conservative Kyle Kashuv losing the opportunity to go to Harvard due to racist comments.

These same folks didn’t care at all when 14 of his Parkland classmates lost all future opportunities after being murdered in a mass shooting.

The Kyle Kashuv case reminds me of the Brett Kavanaugh case: in both cases, the entitled outrage that something the vast majority of people don’t ever get on equally arbitrary grounds (jobs, elite college acceptances) was denied to them.

Harvard is under no obligation to give Kashuv a place to work out his “moral formation” and it’s not discrimination or cancel culture or anything else of the sort for them to decide that the things he wrote–even in private–are antithetical to the image they’d like to present of their students or not conducive to the environment they want to foster.

White privilege is David Brooks using his platform to advocate for someone who used racist and anti-semitic language.

Harvard has every right to take action that will ensure a healthy learning environment on its campus and one in which all students will be respected. https://t.co/2BMoRYOORY