Kamala Harris Invited All the Female Senators Over for Dinner, Which Is an … Interesting Idea 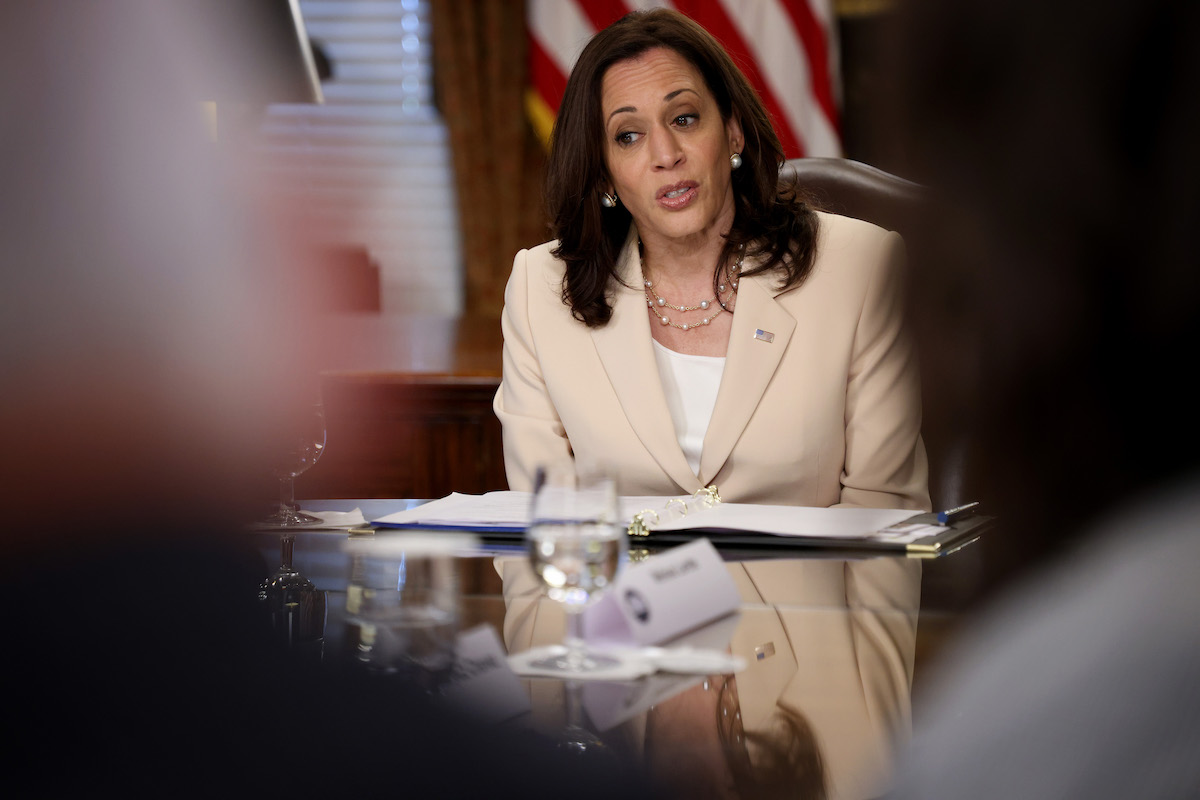 Kamala Harris invited all the female senators to dinner at her home Tuesday night—the first social event held at her residence since assuming her new role as Vice President.

According to Politico, the dinner is a tradition that started in the 1990s, with all the women meeting at a different senator’s house every six weeks for a potluck. In recent years, though, the event has fallen apart. One of the founding creators of the dinner retired in 2017, and then during Trump’s presidency, the divisiveness between the parties only became more contentious. Plus, in 2020, a number of those women were running against each other in the Democratic presidential primary. And there’s also the simple fact that in the 90s, there just a lot fewer women having to coordinate their schedules.

But they made it work this week. Or rather, most of them did. Three of the 24 senators missed the dinner—Republicans Cindy Hyde-Smith and Cynthia Lummis, as well as (yup!) Arizona’s Kyrsten Sinema.

There is, obviously, something to be said for increasing bipartisan relationships. Plenty of people saw these pictures from the event and thought it looked like a great idea. Sure, Harris’ promotion left a void with exactly zero Black women currently serving in the Senate, a glaring reality seen in these pictures. And yes, maybe it’s incredibly weird to see so many people have to pretend to enjoy sharing a room with Marsha Blackburn. But still, yay women, right? Sisterhood!

Or maybe not. Maybe you see these pictures and you wonder why we need to be chummy with women who work so hard to deny so many of us our basic human and civil rights.

glad yall could enjoy a meal with joni ernst, my home senator who keeps backing legislation against my choices for my body. 😀 https://t.co/L80EOqyE6l

how do you smile and choke down quiche when the women across from and next to you believe the host didn’t legitimately win her election? https://t.co/RvYUj3qYd0

Meanwhile, we would much rather be attending this dinner:

Sisterhood, solidarity and a late night Chinese dinner is our fuel 😘 pic.twitter.com/atZcEY8bNs