Kamala Harris Sums Up Donald Trump’s Inability to Experience Empathy: “Something Is Missing” 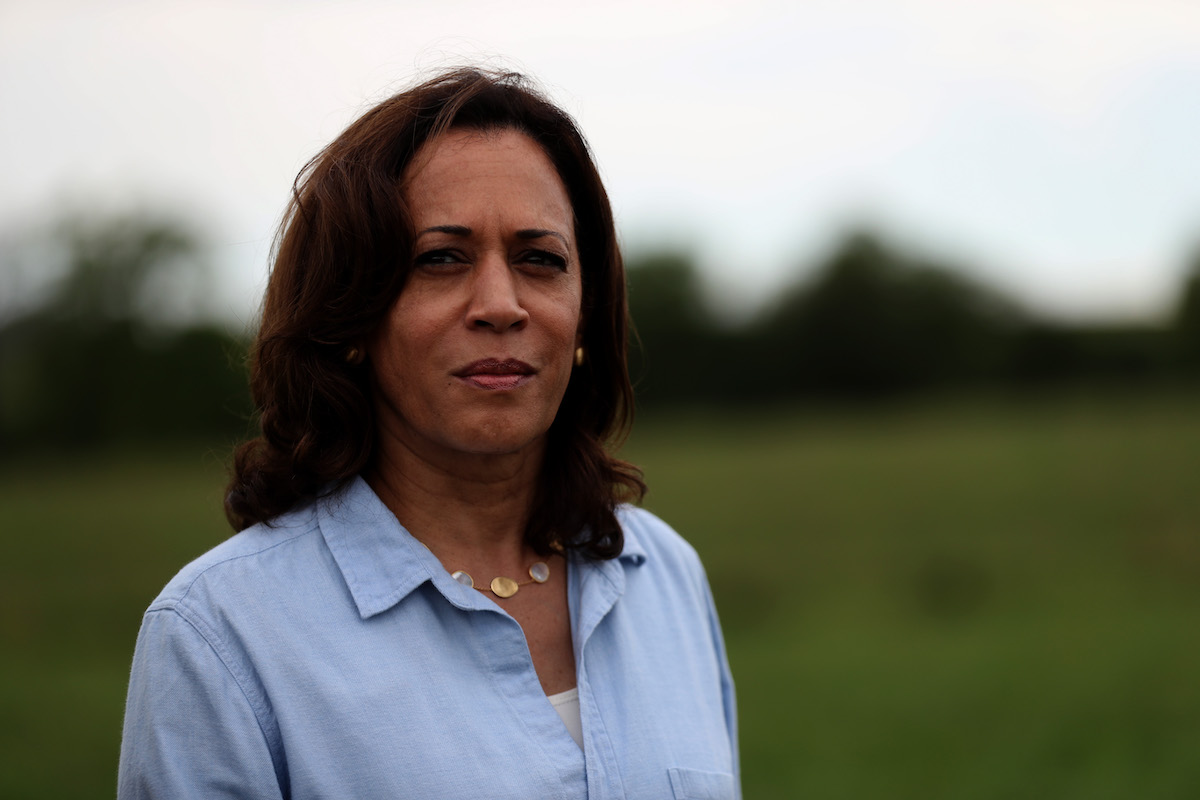 Hurricane Dorian has been making its way towards land this week, and until very recently, it looked like the storm was going to hit Puerto Rico, which is still recovering from last year’s Category 5 Hurricane Maria. When that storm hit, Donald Trump was incredibly callous, largely ignoring the devastation, severely underestimating the death toll, and giving us the now grossly iconic image of him finally visiting the island only to literally throw rolls of paper towels at those looking for assistance as if he were tossing out t-shirts at a concert.

Leading up to Dorian’s expected arrival, Trump has been flat-out cruel towards Puerto Ricans. He’s been insulting San Juan’s Mayor, Carmen Yulín Cruz, who was openly critical of Trump after Maria. He also seems to be passive-aggressively blaming Puerto Rico for … I guess for being in a hurricane’s path?

Wow! Yet another big storm heading to Puerto Rico. Will it ever end? Congress approved 92 Billion Dollars for Puerto Rico last year, an all time record of its kind for “anywhere.”

We are tracking closely tropical storm Dorian as it heads, as usual, to Puerto Rico. FEMA and all others are ready, and will do a great job. When they do, let them know it, and give them a big Thank You – Not like last time. That includes from the incompetent Mayor of San Juan!

That $92 billion figure is reportedly what’s been allotted over the next 20 years, not just to help with the aftermath of Maria. But that doesn’t stop Trump from tweeting things like this:

….And by the way, I’m the best thing that’s ever happened to Puerto Rico!

Oh, and by the way, here’s how Trump changed his tone when Dorian’s path changed:

Hurricane Dorian looks like it will be hitting Florida late Sunday night. Be prepared and please follow State and Federal instructions, it will be a very big Hurricane, perhaps one of the biggest!

This is a serious question: Does Donald Trump realize that Puerto Rico is part of the United States, and that he’s also their President? I’m genuinely not sure.

Kamala Harris had some strong (but not wrong) words about Trump’s inability to act like a human being.

“We have to acknowledge that this President really lacks—I don’t know, there’s just something missing. He lacks the ability to have empathy or sympathy or concern,” she said at a recent labor event.

“There’s just something missing. He lacks the ability to have empathy or sympathy or concern.” pic.twitter.com/kJFmQsBUpN

She continued, “Recall that when he went to Puerto Rico after Hurricane Maria, he threw paper towels at people. And now he’s talking about—to deal with a hurricane, just nuke it. What is wrong with this person? The President of the United States should be in the position of saying ‘I will always work in the best interest of the people and their well-being and their safety,’ not ridiculing and throwing things at people and picking petty fights.”

“This is a moment, especially in a moment of crisis, for leadership,” said Harris. “And this President is lacking in the ability to lead.”