Kamala Harris Drops Out of the 2020 Presidential Race 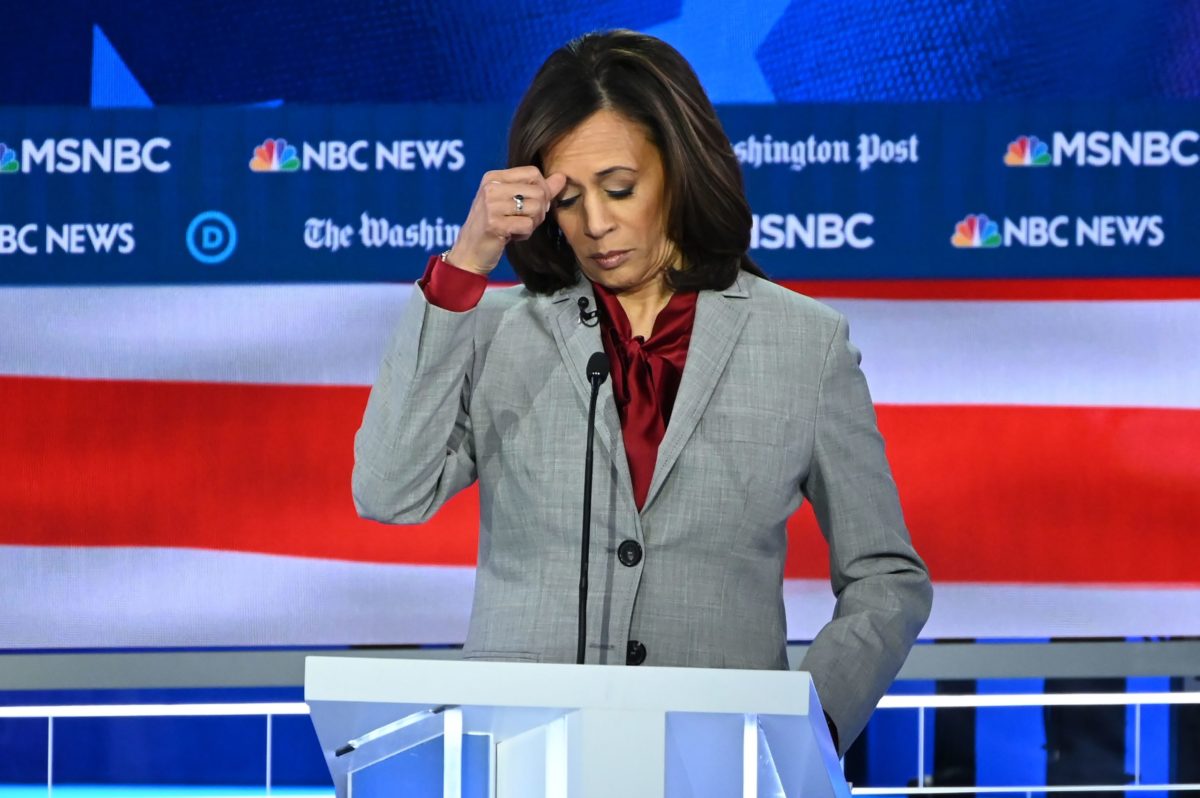 Senator Kamala Harris has officially ended her campaign to become the Democratic presidential candidate for 2020.

While a first-term senator, Harris became a rising star in the Democratic Party for her outspoken criticisms of President Trump and her no holds barred questions during the Kavanaugh hearing. A polarizing figure, Harris fought the GOP and critiques from within her own party (leftist Democrats mistrusted her for her background as Attorney General of California and her anti-sex worker positions, referring to her often as a “cop”), she tried to position herself as a candidate who could bring unity to the party by exciting the more identity-politics driven progressive youths while also trying to appeal to more moderate (ie old) voters.

Unfortunately her attempts to stay in the middle, along with reports of conflict and mismanagement within her campaign team may have been what caused her to drop from one of the strongest starting points down to the single digits in recent months. Major financial scalebacks announced in October and a scathing expose by Politico in November about the tension and turmoil created by her campaign chair Maya Harris (her sister) and campaign manager Juan Rodriguez were the final nails in the coffin.

In an email that went out this morning to her supporters, Harris said that she has:

“…taken stock and looked at this from every angle, and over the last few days have come to one of the hardest decisions of my life. My campaign for president simply doesn’t have the financial resources we need to continue. I’m not a billionaire. I can’t fund my own campaign. And as the campaign has gone on, it’s become harder and harder to raise the money we need to compete.”

Meanwhile, actual billionaires and ridiculous ding dongs like Tom Steyer, Andrew Yang, and Michael Bloomberg are still in the race. If someone could get Logan Roy on the phone and tell him that those Con-Heads need to be stopped, that would be great.

And regardless of how you might feel about Harris, it feels clear that while this wasn’t the right time or campaign, she still has a strong political career ahead of her. And with these impeachment proceedings heating up we are going to need a strong prosecutor in the Senate to hold their proverbial feet to the fire.