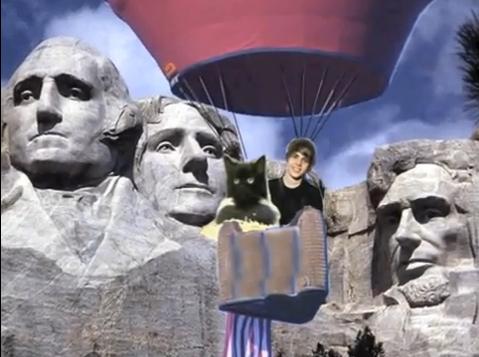 I love Parry Gripp, I love Spaghetti Cat, I love television, and I hate Justin Bieber. Well, three out of four ain’t bad. This latest Parry Gripp number serves as its own pitch for a television series, and I, for one, am sold. Justin Bieber and Spaghetti Cat fly around the world in a balloon, taking down the bad guys kung-fu style.

Though this song tragically isn’t quite as musically wonderful as the original Spaghetti Cat tune, it still has potential to be extremely endearing and irritating at the same time. You’ve been warned.

And as an added bonus for enduring anything to do with Justin Bieber, my favorite Parry Gripp song: