Q&A With Julie C. Dao, Author Of Forest of a Thousand Lanterns 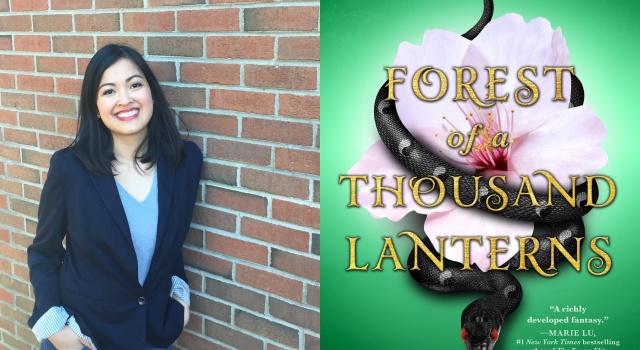 Forest of a Thousand Lanterns is a fairytale reimagining of the classic fairy tale “Snow White” told from the perspective of the Evil Queen. It details her rise from peasant to power:

Eighteen-year-old Xifeng is beautiful. The stars say she is destined for greatness, that she is meant to be Empress of Feng Lu. But only if she embraces the darkness within her. Growing up as a peasant in a forgotten village on the edge of the map, Xifeng longs to fulfill the destiny promised to her by her cruel aunt, the witch Guma, who has read the cards and seen glimmers of Xifeng’s majestic future. But is the price of the throne too high?

Because in order to achieve greatness, she must spurn the young man who loves her and exploit the callous magic that runs through her veins–sorcery fueled by eating the hearts of the recently killed. For the god who has sent her on this journey will not be satisfied until his power is absolute.

We at The Mary Sue were extremely excited to speak with the author, Julie C. Dao, about her debut young-adult novel and where she wants to take the series in the next book. If you’re a fan of Cinder or Once Upon a Time, you will definitely enjoy this compelling and imaginative telling of “Snow White.” 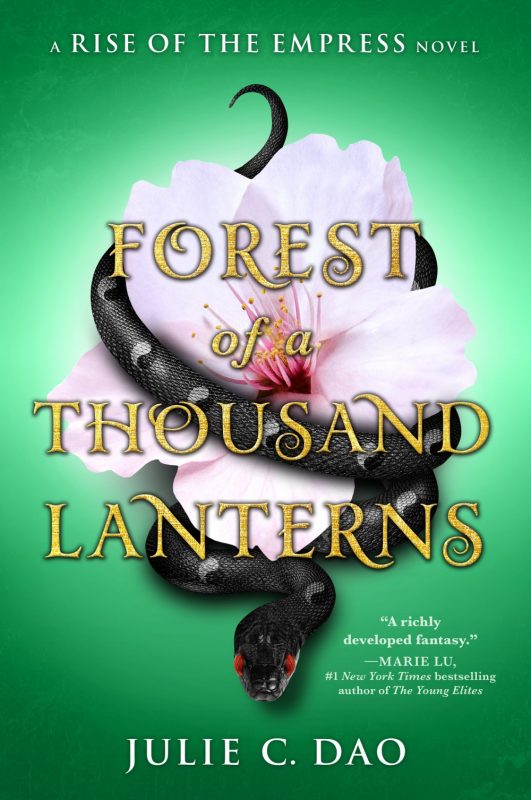 (1) Fairy tale reimaginings are extremely popular right now, especially with the classics like “Snow White,” “Cinderella,” etc. What made you want to tackle “Snow White” and the Evil Queen?

I got the idea for FOTL when I was 13 and playing a game of Solitaire with beautiful artwork on each card. The queens’ grim expressions made me wonder about their stories, and I imagined a world where women fought for ultimate control of a throne. Because I’m a huge fairy tale fan, “Snow White” popped into my head since it’s the tale of a stepmother and stepdaughter battling each other. Put those together and the rest is history! Dark fairy tales were a huge inspiration for FOTL because they didn’t always have happy endings and purely good people, and complexity of plot and character is something I strive for in my own writing.

(2) What I loved about Xifeng is that she is this smart, calculated woman. Despite her position in life, she is definitely defiant about what is expected of her. Yet, she’s definitely a self-person who is distrustful of other women. How did you craft this amazing anti-heroine?

My number one priority with FOTL was to create an antiheroine the reader would see only as the heroine. No matter how dark she became and how far she spiraled downward, I wanted the reader to get her, understand her, and maybe even root for her! There’s that saying that villains are the heroes of their own stories, so I wanted to challenge myself to write a morally twisted woman who could still be sympathetic in some capacity. After all, every human has gray areas!

I didn’t want Xifeng to be straight-up evil right off the bat. We see her triumph at the end of FOTL, but she needed to be someone else at the beginning of the story in order to have a rich and fulfilling character arc. So I had to make her struggle first with her love for and loyalty to Guma, her feelings for Wei, and her longing and fear of her own destiny.

(3) As a Vietnamese-American who loves literature, what are some of the things you see lacking in books about or featuring Asian-American characters? And what are the most contrasting differences you’ve found in the way Asian authors write about Asian culture versus non-Asian authors?

The world we live in is diverse, and books should reflect that! Stories are mirrors, and all kids deserve to see themselves in one and find one that speaks to them personally. There’s a lot of work to be done, although we are moving in the right direction. More and more books are getting published with marginalized lead characters who are allowed to be fully fledged human beings, with flaws and quirks and strengths and weaknesses. All the books I read as a kid always had the Asian characters as sidekicks and best friends or cliché perfectionist students. That wasn’t enough for me then, and it isn’t enough for me now!

One of my favorite things about reading Asian books by Asian authors is catching the little details that a non-Asian reader wouldn’t necessarily understand because they haven’t been raised in our culture. It’s like finding inside jokes from someone who knows exactly what it was like growing up the way you did!

(4) Moving forward in the series, what are some of the elements of the “Snow White” tale that you are interested in playing with? Will you be bringing in any other fairy tales into the mix?

Definitely! When I started planning this story, I knew I wanted to keep certain aspects of the original “Snow White” because I think it’s important to ground the reader in a fairy tale retelling. These aspects include: the main conflict between the queen and her stepdaughter, the queen’s bloodthirstiness for Snow White’s heart, the infamous apple, the Evil Queen’s magic mirror, and the theme of beauty as power. If you’ve read the original “Snow White,” you’ll know there’s a poisoned comb that I’m hoping to weave into Book 2! Book 2 will also feature a lot of folktales and fables from all over East and Southeast Asia.

(5) This was your debut novel, and it’s excellent. So now that you’ve proven you can do it, what are your next writing goals beyond this series? Do you have other ideas that you are excited to work on?

That is really kind; thank you so much! I take it one day at a time, one story at a time. I have so many ideas cooking away in my head, and usually, I just choose the one that happens to sing the loudest to me at any given point in time. I have one more YA fantasy coming out after the Rise of the Empress duology ends, and I’m planning to set it in the universe of Feng Lu with different characters!

After that, I’m hoping to rework a ghost story that we tried to sell a couple of years ago and maybe finish this middle-grade action/adventure book I started while waiting to see if FOTL would get a book deal. I’m excited for everything!

(6) How do you think you would have reacted if you were a teenager and were given Forest of a Thousand Lanterns to read? Would it have made an impact in your life to see a character who looked like you in a fairy tale story being a bad ass?

Oh my goodness, yes. To have seen a powerful Asian woman, both strong and flawed, as the central character of a book that features an all-Asian cast? That would have made me so happy and empowered! I never felt like I could be the hero of a story when I was a kid, and seeing a book like FOTL would have definitely changed that. I’m so thankful to have been given the chance to provide a story like this for someone else and hopefully make them feel seen and important. 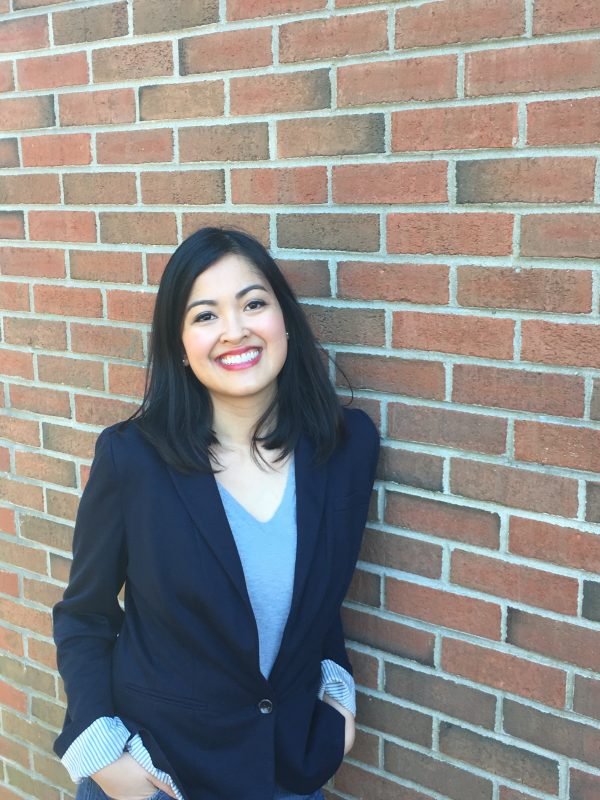 Forest of a Thousand Lanterns is out in bookstores now!