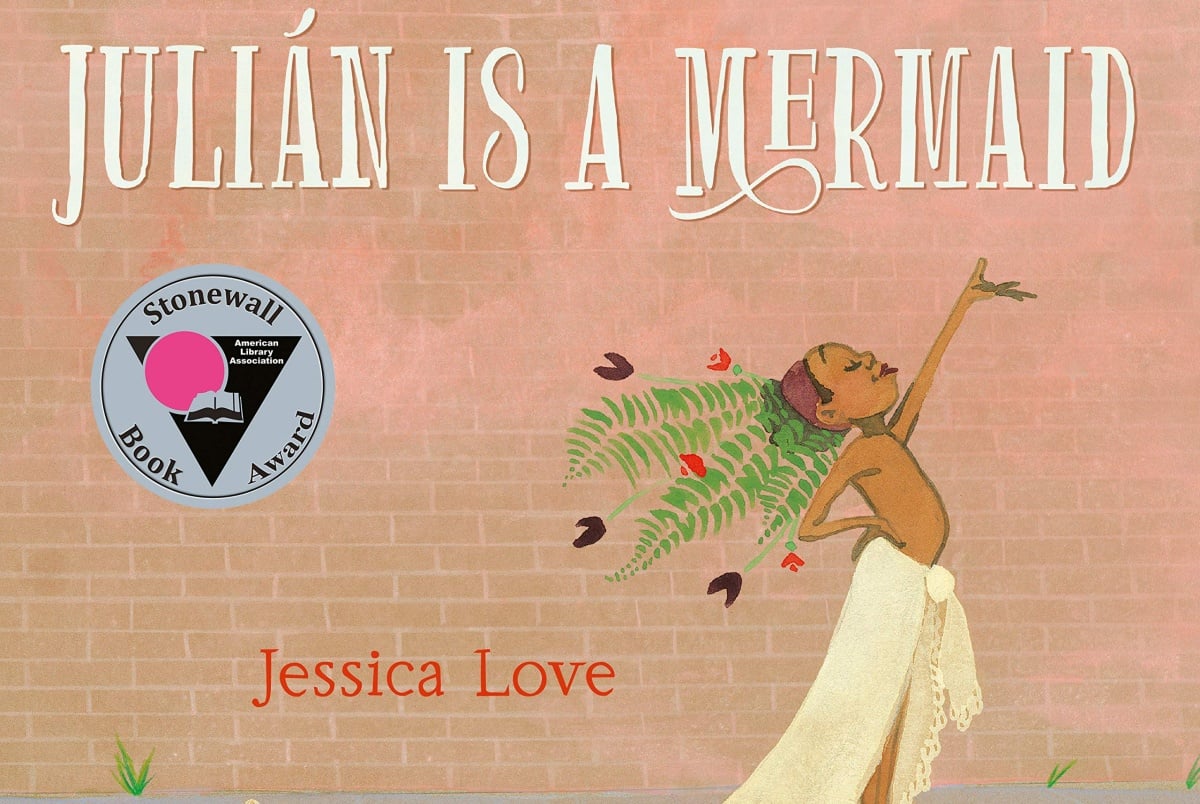 Julián Is a Mermaid by Jessica Love came out in April of last year. It’s about a young boy living with his abuela who one day notices three women spectacularly dressed up as mermaids on the train. When Julián gets home all he can think about is dressing up just like the ladies and creates his own mermaid costume. It was celebrated withing queer circles last year because it was one of the few titles with genderqueer kids. Despite the moral panic going on around LGBTQ content for children, the book took home the Klaus Flugge prize, which goes to the most exciting and promising newcomer to picture book illustration.

According to the Guardian, the Judge and former children’s laureate Anthony Browne called the book “astonishingly beautiful” and the chair of the judges, Julia Eccleshare, said the panel were unanimous in their decision: “Julián Is a Mermaid reminds us that picture books can make us understand the world differently and better; that they are for everyone. It is a groundbreaking book.”

Love told Pink News in February that she was inspired to write Julián after realizing there was a limited number of books about genderqueer kids, and also after talking to a close friend who transitioned later in his life.

“Talking to him and thinking about his journey got me curious about what kind of literature there is out there for kids who might be asking themselves these questions, and I started reading blogs of families who had children who were questioning their gender,” Love said.

The book won 2019 Stonewall Book Award and nominated for the prestigious Waterstones honour, which Love calls “one of the most shocking moments in my life… it felt like the laws of the universe had changed.”

I love the fact that Julián is getting so much acclaim, especially because the young boy is question is Latinx, visibily brown, and it is great to see these kinds of stories being told that embrace the non-white parts of the LGBTQ community. While Love herself is not genderqueer or a person of color, it is great that when she looked around and saw the culture, what she chose to highlight was POC queerness.

Therefore, I am hoping that when actual POC trans/non-binary/genderqueer authors show up they can point and say, “well this woman did it so why not me?” These kinds of texts are excellent stepping stones to build up the entire community and I hope the publishing community takes note about this.

Love is working on a followup to Julián, sharing that, “At first I was reluctant to do a second book – I really didn’t want to cheapen the characters by forcing them into some improbable sequel. But people kept asking and gradually I got comfortable with the idea that maybe it’s OK to give these characters further life.”

(via The Guardian, image: Love/ Candlewick)