Where Is Jon Bernthal's Romantic Comedy? | The Mary Sue

After Unbreakable Kimmy Schmidt, When Is Jon Bernthal’s Next Comedic Role? 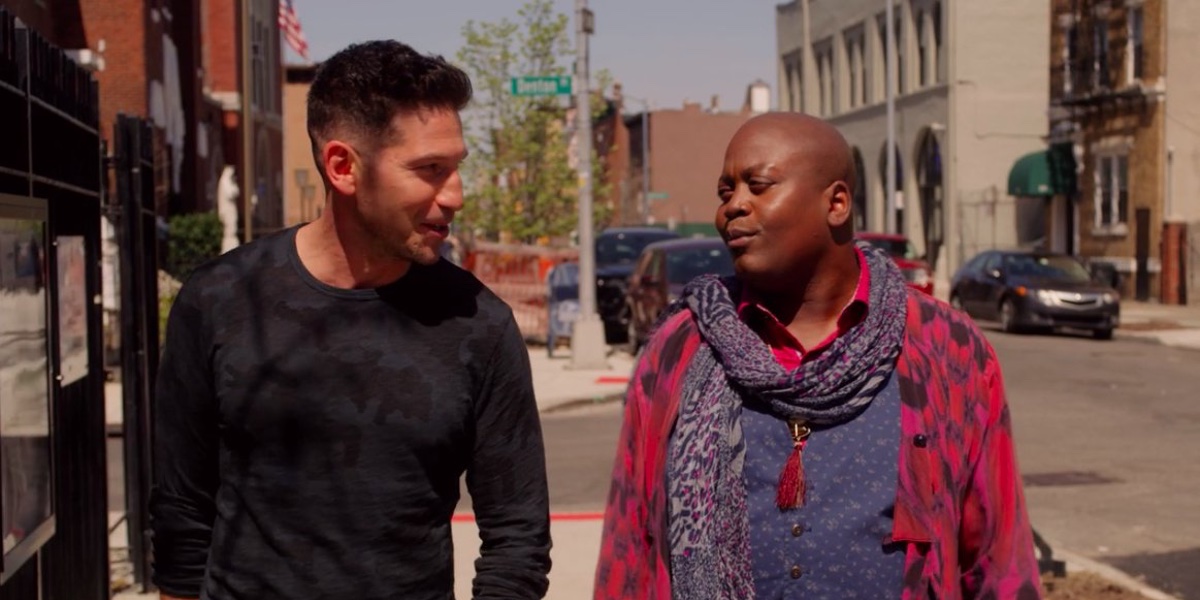 Jon Bernthal has been typecast in movies and TV shows playing angry, violent guys (The Punisher, The Walking Dead, Mob City).  While his early roles, such as a tiny role in How I Met Your Mother and a lead on the short-lived comedy The Class, leaned more comedic, his most popular performances pointed more towards the grim, tough guys in films like The Wolf of Wall Street and Baby Driver. Thankfully, someone has finally re-realized his potential to be more than a grumpy murder man.

***Warning, this has spoilers for the first episode of the final season of Unbreakable Kimmy Schmidt***

Unbreakable Kimmy Schmidt, which dropped a final batch of episodes today, features Bernthal in the first episode as a mysterious agent who tries to get dirt on Titus on behalf of Mr. Frumpus. For those that need a recap, Titus experienced sexual harassment auditioning for Mr. Frumpus; Bernthal’s character has been brought in to dig up information that could discredit Titus should he choose to speak about his experiences. While his role is villainous, of course, Bernthal spends the first half of the episode playing at being a fan of Titus’s role as Doorman #6 on Daredevil.

He’s adorable playing at being starstruck, and his inevitable breakdown after Titus’s existence becomes too much to bear is hilarious. Even though he’s playing the straight man here, Bernthal shows impeccable comedic timing.

So I have to ask, where is Bernthal’s actual, honest to god comedic lead role?

On a VERY IMPORTANT NOTE, the first episode of #UnbreakableKimmySchmidt 4B is @jonnybernthal‘s perfect audition for any rom-com you can throw at him. pic.twitter.com/NWomidacIH

Even though The Punisher‘s future uncertain, Bernthal has a fairly big slate of roles coming up, ranging from action biopic Ford v. Ferrari to the Sopranos prequel The Many Saints of Newark. Still, now might be the time to lock him down for a rom-com or two, before Netflix makes up their minds about Frank Castle. Netflix, if you’re not going to proceed with his show, consider casting him in one of your originals.

Preferably, he wouldn’t play some sort of angry tough guy who learns how to be soft, but an already soft person. Let him be the owner of a cute coffee shop, or be a manic pixie dream guy. He can own a dog (which fits in with his real life love of pit bulls), or be a cute single dad. He can romance a lucky woman or man and steal all our hearts with his cute grin. Bernthal is a big fan of non-toxic masculinity and has spoken out about people using his characters as an alt-right symbol, so he can be a relatively unproblematic fave.

Plus, it would be nice for him to really stretch himself as an actor. The guy has comedic talent, so it would be great to see him get to use it for something more than “tough guy” or “sad guy with gun.” I’ve been a fan of Bernthal’s since his Walking Dead days, where his turn as Shane stole the show, but I wish he played a role that didn’t require him getting punched in the face on multiple occasions.

Please, someone, let Jon Bernthal be a soft guy. Maybe let his co-lead be Alexa Davalos, since the two had amazing chemistry in Mob City. Or also, Milo Ventimiglia, with whom Bernthal also had chemistry with on Mob City and who also could use some cuter romantic roles where he’s not making us all cry. Netflix, give the people what they deserve!