John Mulaney Gave Us a Lobster Sketch Sequel, We Are Reborn | The Mary Sue

John Mulaney Gave Us the Sequel to the Lobster Sketch, and We Are All Reborn 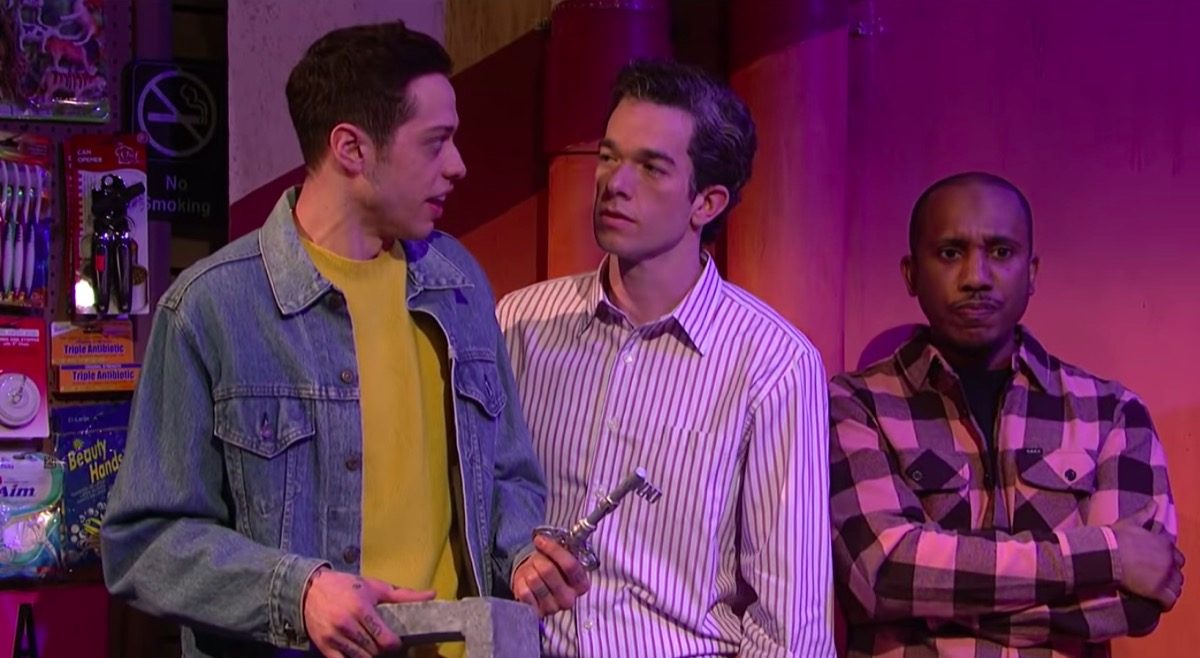 The time has come and passed again for John Mulaney to take on hosting Saturday Night Live, and boy did he deliver. The last time we saw Mulaney take on SNL, Lorne Michaels gifted him a few sketches that he had always wanted to do when he was a writer on the show, the most iconic of the lot being “Diner Lobster.”

It all begins with a man (Pete Davidson) ordering lobster at a diner, something that you never do. You just do not. No one does this.

When his friend (Chris Redd) calls him out on this, the diner waiter (John Mulaney) points out that the lobster has lived at the restaurant for years because … well, no one orders lobster at a diner. And then, a musical dream for the centuries takes place.

It became an instant classic. So, when news broke that John Mulaney would be returning to Saturday Night Live to host for the second time, we all wanted to know if this would mean a return to the diner. We got our wish, but instead of the lobster who had to watch his daughter nearly sacrifice herself for Pete Davidson’s wish, we got a bodega cat.

Pete Davidson and Chris Redd are in a bodega, checking out, when Davidson does the unthinkable: He asks to use the restroom. Shocked by this request, Redd and the bodega owner (again, John Mulaney) warn him before handing over the key as the bodega cat (Kenan Thompson) takes him through to a world of pure imagination (or, as the song says, no sanitation).

What’s truly wild about the followup to “Diner Lobster” is that this “Bodega Bathroom” sketch is so New York that I’m not sure how anyone would get this who hasn’t lived here before. Sure, it could be applied to any rundown store in your town, but the bodega cat is a staple that only New Yorkers can relate to, and this is maybe a perfect sketch that will only truly be appreciated by certain people?

So, I’m so sorry to anyone who doesn’t live in the New York City area. I’m so sorry if you watched this sketch and thought it was bad because John Mulaney and whoever at Saturday Night Live wrote this with him (probably Colin Jost, since the two wrote “Diner Lobster” together) took the New York experience and managed to bring it to life using Willy Wonka, Little Shop of Horrors, Cats, and Rent all in one.

But I only have one complaint: Why didn’t the cat sing “Memories”? You had your chance! You had it and you gave it to a Virgin Mary candle that has probably been in the bodega for the last 10 years!