OK but What If John Mulaney Ran for President Instead of John Delaney?

He'd be a lot less boring, that's for sure. 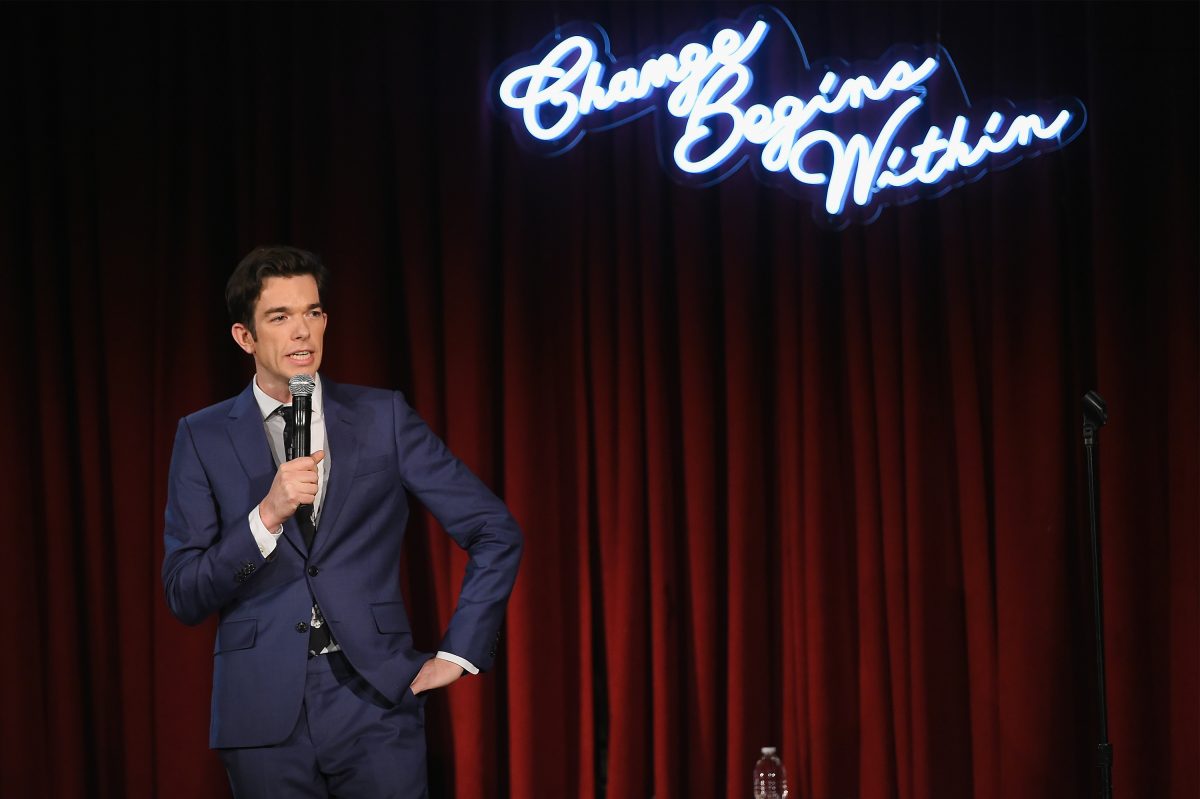 Every time the news brings up Democratic 2020 presidential candidate John Delaney, I think that they’re saying John Mulaney. I don’t think that I’m alone, and if I am, that’s all your fault. All of you. But still, that mix-up put the idea of John Mulaney running for president in my head, and now I can’t get it out.

First, let’s talk about John Mulaney. The gangly kid from Chicago, Mulaney is known for his witty stories and ability to tell a joke that leaves you on the edge of your seat throughout. He’s funny, he’s great, and he asked Lorne Michaels to do an entire sketch based around Les Misérables and got it onto his own episode of Saturday Night Live.

So, seems like a perfect candidate for president, right?

I mean, to be fair, no. This would be a terrible thing, and John Mulaney would probably hate every second of it, because as he pointed out in Kid Gorgeous, he never really even cared about politics until Trump took over and he basically had to care.

Still though, he’d probably be one of the most progressive white men we’ve ever had in the office or running for office, because he’d ask all the women in his life what in the world he’s supposed to be doing—especially his wife, Annamarie Tendler Mulaney, and their dog, Petunia. To be fair, Petunia would be the best White House dog yet.

He even has a connection to former president Bill Clinton! When his mother was in college, she was walked home from the library by Clinton, a fact that Mulaney and his father both assumed Clinton would have forgotten throughout the years. But, as he points out in his comedy special The Comeback Kid, Clinton did more than remember his mother. Why?

The fun part about Mulaney is that, if this ended badly (and it most definitely would), we’d have plenty of GIFs to use to talk about the Mulaney administration.

And who would his running partner be?

We will most definitely never get John Mulaney in the race, and that’s honestly a disservice to us all, because seeing him answer questions at the debates seems like a fun time. They’d be filled with wild tales of Mulaney’s youth and no real answer to the question.

Moderator: Hey John, what’s your plan to get the crime rates down?

Come on, John Mulaney wouldn’t last two minutes in the White House. He’d be like Ben Wyatt when he was mayor of Partridge, Minnesota. He’d probably make the entire country an indoor winter sports complex and push Petunia around in a stroller just for fun. It’d be a brief presidency, but boy would it be something to talk about.

But hey, at least it’s unlikely that saying he’d be a terrible president would cause him to run out of spite!