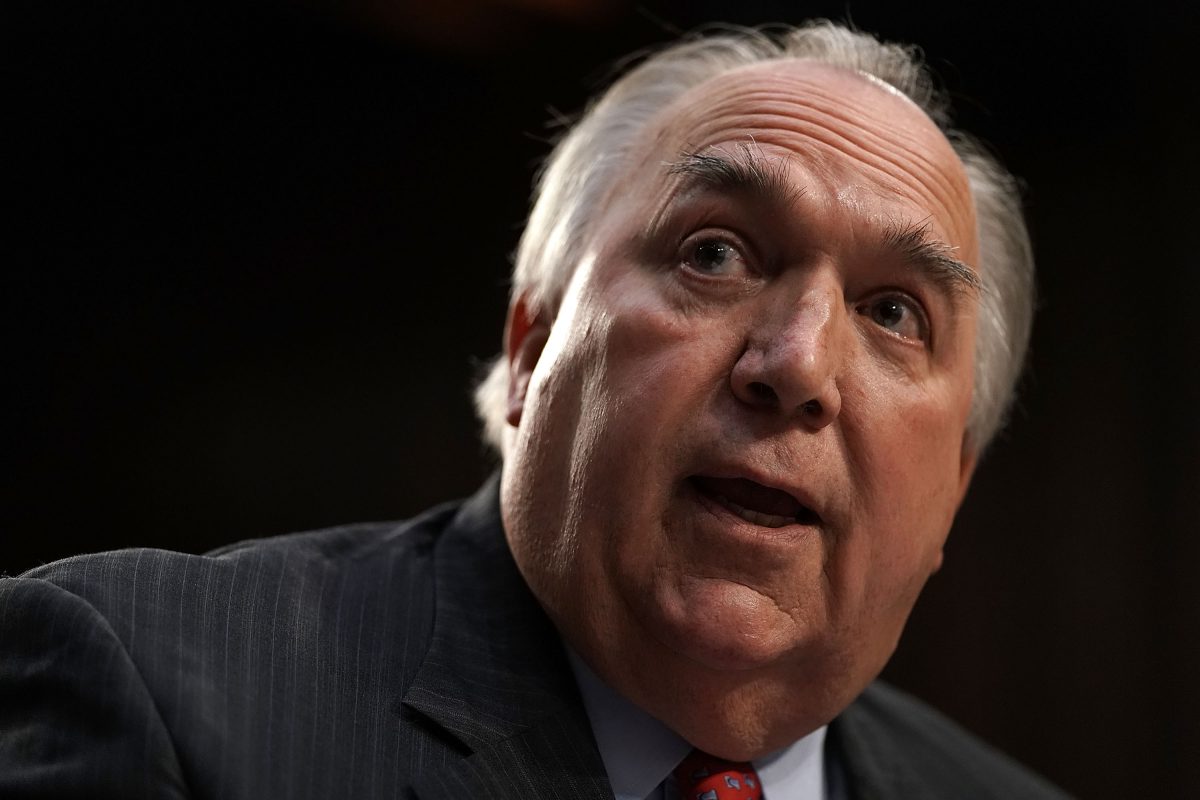 It’s been almost one year exactly since the country watched as over 150 women testified against serial child molester and former USA Gymnastics coach Larry Nassar. Ultimately, Nassar was sentenced 40 to 175 years in prison, and MSU offered a $500 million settlement, the largest settlement ever in a sexual abuse case in U.S. history.

The women who came forward to testify, including Olympians Aly Raisman, Simone Biles, and McKayla Maroney, were universally lauded for their strength and bravery. They received the Arthur Ashe Courage Award at the ESPYs and Sports Illustrated‘s Inspiration of the Year award.

Now, interim MSU president and former Michigan governor John Engler has issued a disgusting statement regarding the settlement and the survivors of Nassar’s abuse. After establishing a $10 million Healing Assistance Fund in December 2017 for victims needing counseling, the fund was suspended after allegations of fraud in July. This week, it was unanimously reinstated.

In a statement to the Detroit News “You’ve got people, they are hanging on and this has been … there are a lot of people who are touched by this, survivors who haven’t been in the spotlight,” Engler said. “In some ways they have been able to deal with this better than the ones who’ve been in the spotlight who are still enjoying that moment at times, you know, the awards and recognition. And it’s ending. It’s almost done.”

Really Engler, really? The victims who suffered horrific abuse and then relived it on the stand are now “enjoying that moment”? What the actual fuck is wrong with you? This is the same kind of disturbed thinking behind the wholly false idea that women accuse famous men of assault and harassment to get famous themselves. You know, like all those well known survivors who went on to become stars? Oh right, that NEVER happens and is simply a way to smear and discount these women’s experiences.

Discrediting and insulting victims of sexual assault is hardly new for Engler, who accused Rachael Denhollander, one of the first survivors to come forward, of getting pay-offs to recruit more witnesses against Nassar, and was forced to apologize. During his tenure as governor in the ’90s, Engler fought hard against a lawsuit involving the rape and abuse of over 500 female prisoners.

Who in their right mind would put such an odious man in charge of MSU at this point in time? It is truly baffling.

Brian Mosallam, a member of the MSU board of trustees, said in an interview with the New York Time, “Either he resigns or he will get voted out. He just continues to plunge this university into crisis and create weekly, if not daily, distractions … He needs to step down immediately.”

The Nassar trial was a watershed moment for the #MeToo Movement, not only for the staggering breadth of the abuse, but for the systematic cover-up and denial by coaches, fellow doctors, university staff, board members of USA Gymnastics, and the U.S. Olympic Committee.

Michigan State University president Lou Anna K. Simon resigned, and was charged with lying to police regarding her knowledge of Nassar’s crimes.

Denhollander, who many credit as the survivor who got the ball rolling on Nassar’s case, said of Engler, “Engler is so used to focusing on money and power, bullying and manipulating, he can’t conceive that I would do what I’ve done because it’s RIGHT, not because I’m getting something from it. I truly pity him. What a sad way to live.”