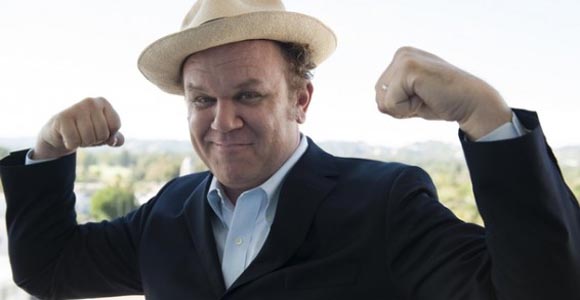 The last we heard about John C. Reilly’s connection to Marvel’s Guardians of the Galaxy, he was still in negotiations. Well, he’s now confirmed for the film and we also know who he’s playing.

I think I see Marvel’s plan for GotG – cast as many popular names as possible because your general audience is going to have no idea who these characters are.

Reilly was initially pegged to play Rhomann Dey, leader of the Nova Corps, but is now confirmed for the role of Ronan the Accuser. (Although Deadline is listing him as “Ronan ‘The Accuser’ Dey.” I’m going to assume that’s just a mix-up on their part.)

Ronan the Accuser is a Kree alien and is most notably a villain, although less so in modern times. He’s a member of the “Accuser Corps,” which I would liken to a Judge Dredd kind of thing, and has some experience with Thanos. His power set is your basic superhuman powers with some bonus features thanks to exoskeleton armor and a giant hammer.

Reilly was originally cited to act as the Agent Coulson of the GotG films but it’s not clear if that’s still the case. He joins Chris Pratt, Zoe Saldana, Karen Gillan, David Bautista, Glenn Close, Lee Pace, Michael Rooker, and Benicio Del Toro in the film.

UPDATE: Looks like Deadline has updated their piece to correct the mistake, Reilly will play Rhomann Dey, leader of the Nova Corps.