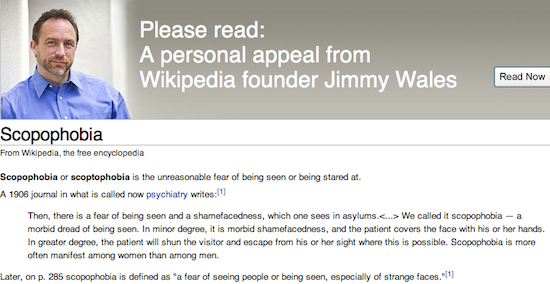 Wikimedia announced this morning that they have concluded their current and shortest fundraiser ever; and that despite its brevity they managed to have their most successful year ever, raising $16 million.  It’s not like it was close, either: in 2009 they only managed to fundraise $7.5 million.

This fundraiser had all the ingredients of what we love about Wikimedia projects: people come together, contribute what they have, and together we do something amazing. The contribution of a technology worker in Mumbai, India joins with the contribution of a stock broker from London, and of a student in Moscow, and the result is that we’re able to sustain and support this joint endeavor for another year.

According to Wikimedia, the average donation was a respectable $22, and over $500,000 donations were made.  Graph junkies can check out their published real-time statistics for the fundraiser here (they only cover online donations, however, and not money from checks or other nont-digital sources).

To what does Wikimedia attribute their success?  Probably something about their thriving community and the great services they provide.  But we all know that they owe a lot to the well calibrated and nigh-on-jewish-aunt-level-of-guilt-inducing-stare of Jimmy Wales, which can hopefully be retired and recharged until the next time the world requires his awesome superpower.