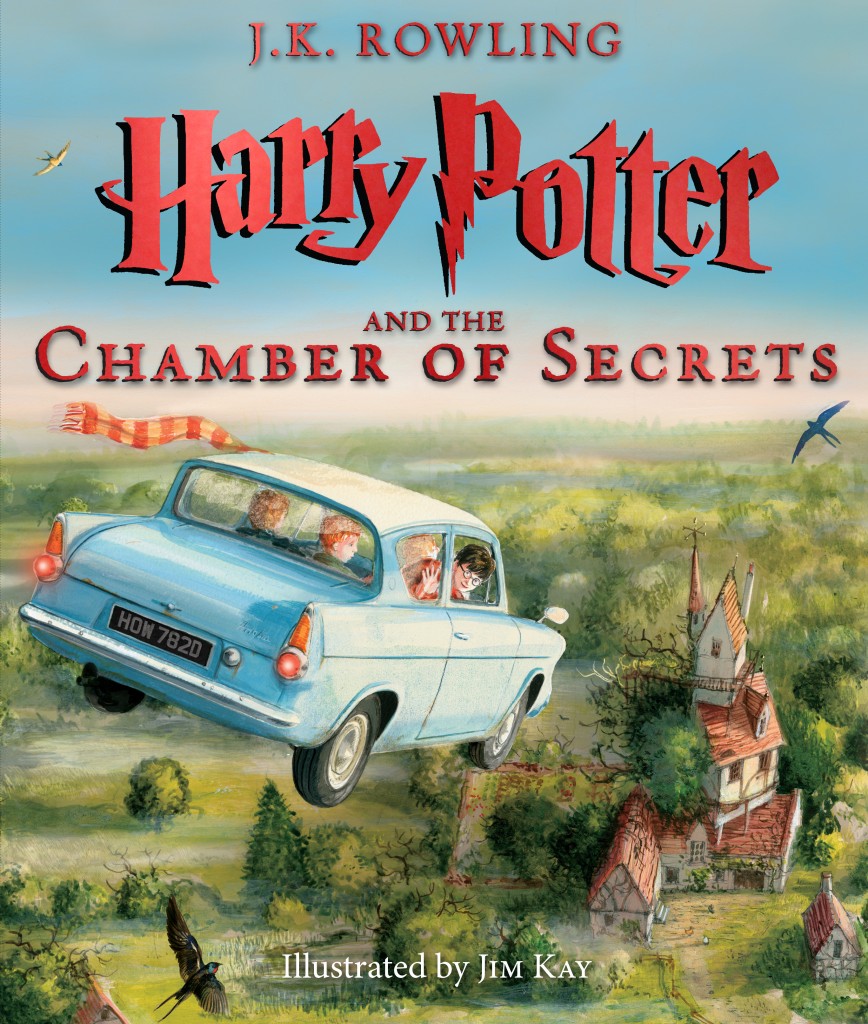 Jim Kay’s illustrations for Harry Potter and the Sorcerer’s Stone for Bloomsbury were totally spellbinding, original, and totally in the spirit of Harry Potter without ever looking too much like the movies or Kazu Kibuishi’s covers. I was especially fond of his architectural designs (like this illustration of Hagrid’s Hut).

His second installment features the Weasley Ford Anglia on the cover, more Hagrid, and some really cool looking scientific illustrations of mandrakes and phoenixes. Side note: the license plate on the cover reads HOW782D but the one in the films is 7990 TD (and COS-207 on Pottermore). Is there a secret meaning? Someone speak Parseltongue at it!

Kay’s Chamber of Secrets will have 115 new color images, and will be on sale October 4th in hardback. Are there any scenes you’re particularly excited to see illustrated? I’m looking forward to seeing Kay’s take on Knockturn Alley (in contrast to his colorful and bustling Diagon Alley), the Slytherin common room, and, of course, the Chamber of Secrets.

(via Pottermore, images via Scholastic)