Feast Your Eyes on Jeff Goldblum’s Ian Malcom in Jurassic World: Fallen Kingdom, Even If the Movie Sounds Absurd

It’s the moment we’ve all been waiting for! We’ve known for some time now that Jeff Goldblum would be back as bad-boy celebrity mathematician (totally a thing) Ian Malcolm for the Jurassic World sequel, but seeing that glorious return with your own eyes is a whole other thing. Allow me to direct your attention this way.

Jurassic World: Fallen Kingdom has been ramping up its marketing efforts recently on the way to a full trailer (coming tomorrow), because that’s just how things work now, and the latest behind-the-scenes featurette brings a lot of talk about very real (but still fake) dinosaurs that they used on set along with a very real Jeff Goldblum.

It’s yet another reminder of the importance of the original Jurassic Park in the world of visual effects, as well as an encouraging hint that Fallen Kingdom will indeed make use of plenty of animatronics, as a tweet by Chris Pratt had everyone guessing before Thanksgiving. But we know what you’re really here for, so take a look: 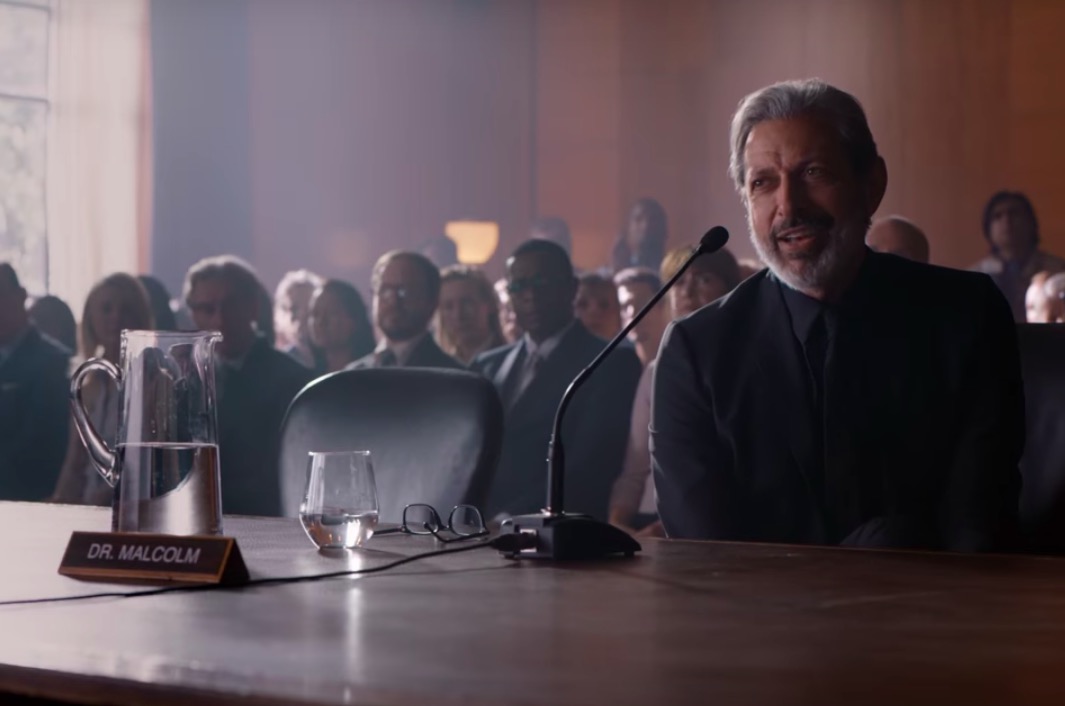 The above image comes from right around the 1:25 mark in the video, with Goldblum saying, “Here I am talking about dinosaurs again?” (I mean, it sounds like a rueful rhetorical question, anyway.) I’m honestly not sure if the line is Goldblum’s or Malcolm’s, but it appears that his character has again been called on to give his expert mathematical opinion on the virtues of a park full of ferocious prehistoric monsters.

I have to imagine that Malcolm objects to the movie’s save-the-very-dinosaurs-that-tend-to-repeatedly-eat-everyone-from-an-erupting-volcano plot on more personal grounds than “that sounds like movie plot Mad Libs,” after the run-ins he had with dinosaurs in the franchise’s first two installments. His probable testimony about the planned dinosaur rescue mission, in a nutshell:

Anyway, we’ll find out more when the trailer drops tomorrow, and my fingers are crossed for another dose of Goldblum.