How Did J.C. Penney Elbow Its Way to the Top of Google Searches? 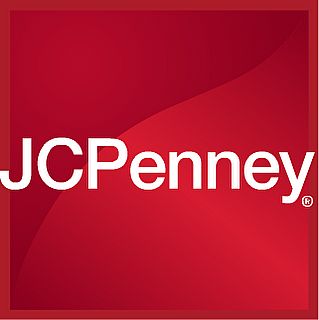 Throughout the months leading up to the 2010 holiday season, J.C. Penney ruled Google Search results for various items including dresses, bedding, small appliances, and skinny jeans. While J.C. Penney does indeed sell such items, are they really the most popular place to buy them? Maybe for some, but definitely not for most. So, how did the struggling retailer repeatedly make it to the top of the Google Search list? By doing shady, illegal things, that’s how. By using what Google considers “black-hat” tactics, JCP successfully (and temporarily) became the go-to online store for everything imaginable. Until they were caught.

The New York Times reports that J.C. Penney became more popular than sites like Amazon and eBay by paying numerous sites — generally obscure, spammy, low-traffic sites — to post advertisements and links to JCP, increasing its traffic and popularity and, in turn, boosting its position on Google. Usually, companies will hire SEO experts to help them do exactly this, except in the case of white-hat tactics the linking is more targeted and legitimate. This is known as “white-hat” practice. What JCP’s SEO consultant was doing (before they were fired) was latching on to every available link it could get its hands on, regardless of reputation, relevance, or page rank. The company they used was SearchDex, which still proudly announces its partnership with JCP on its news page, which has not been updated since 2007.

It could be possible to give JCP the benefit of the doubt in this instance — if it hadn’t bragged about its huge profits at the end of the quarter.

Search experts … say Penney likely reaped substantial rewards from the paid links. If you think of Google as the entrance to the planet’s largest shopping center, the links helped Penney appear as though it was the first and most inviting spot in the mall, to millions and millions of online shoppers …

But in January, the company was crowing about its online holiday sales. Kate Coultas, a company spokeswoman, wrote to a reporter in January, “Internet sales through jcp.com posted strong growth in December, with significant increases in traffic and orders for the key holiday shopping periods of the week after Thanksgiving and the week before Christmas.”

This is obviously great news for JCP, but maybe a little too great, considering:

There was considerable pressure from investors for Penney to deliver strong holiday results. It has been struggling through one of the more trying times of its century of retailing. The $17.8 billion in revenue it reported last year is the exact same figure it reported in 2001. It announced in January that it would close a handful of underperforming stores, as well as two of its five call centers and 19 outlets that sell excess catalog merchandise.

That doesn’t sound like the most popular retailer on the Web, does it?

Google has a policy specifically forbidding black-hat SEO practices, but doesn’t disallow paid links across the board. However, they do have guidelines concerning the sites they do allow in their ranks. And certainly, with its good reputation, J.C. Penney would be one of these sites. They just tried to gain traffic and visibility the wrong way.

“Actually, it’s the most ambitious attempt I’ve ever heard of,” [Doug Pierce of Blue Fountain Media] said. “This whole thing just blew me away. Especially for such a major brand. You’d think they would have people around them that would know better.”

There is a question of how much JCP knew about what was going on. As was mentioned previously, they fired SearchDex when they found out about the nature of their work. And their spokesperson claims that the company “did not authorize, and … were not involved with or aware of” the black-hat practices that were occurring. Since it’s not unheard of for large corporations to be unsavvy of new media, JCP could be given the benefit of the doubt. But on the other hand, they made all that money, got to the top of Google …

J.C. Penney is concerned for its future, and rightly so. In recent years, several other names in department stores have been shut down. Remember A&S, Sterns, and how about Gimbels? (That closed in 1987, but still. It’s gone. A victim of competition.) The stores that still exist — Macy’s, Bloomingdales, Sears — have weathered the transition to new media, but J.C. Penney, who relied so heavily on its catalog, which folded, has had trouble cultivating organic traffic to its site. It’s also become the butt of jokes, like in Zoolander. But would it knowingly stoop to shady tactics, knowing what they could yield?