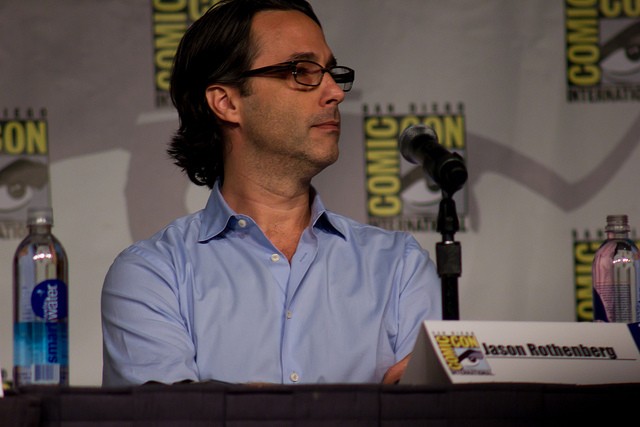 For many fans of The 100, this is a long time coming. In the three weeks since the show’s controversial episode “Thirteen,” showrunner Jason Rothenberg has kept largely silent, speaking almost exclusively in retweets as LGBTQIA fans and their allies spoke out against not only the harmful television tropes that this episode embodied, but the way in which the promotion of the episode and the response to the fan uproar afterwards was handled. Rothenberg has since taken to his blog to offer an apology. *SPOILERS IF YOU HAVEN’T SEEN “THIRTEEN”*

On the site Medium, Rothenberg posted an apology to fans about how Lexa’s departure from the show was handled. You can read the entire apology there, but here are some highlights…

On “bury your gays“:

The thinking behind having the ultimate tragedy follow the ultimate joy was to heighten the drama and underscore the universal fragility of life. But the end result became something else entirely — the perpetuation of the disturbing “Bury Your Gays” trope. Our aggressive promotion of the episode, and of this relationship, only fueled a feeling of betrayal.
While I now understand why this criticism came our way, it leaves me heartbroken. I promise you burying, baiting or hurting anyone was never our intention. It’s not who I am.

On story-world vs. the real world in which those stories are enjoyed [bolding his, not mine]:

There are several reasons why this particular episode played out the way it did: practical (an actress was leaving the show), creative (it’s a story about reincarnation) and thematic (it’s a show about survival). Despite my reasons, I still write and produce television for the real world where negative and hurtful tropes exist. And I am very sorry for not recognizing this as fully as I should have. Knowing everything I know now, Lexa’s death would have played out differently.

On his responsibility as a showrunner:

But I’ve been powerfully reminded that the audience takes that ride in the real world — where LGBTQ teens face repeated discrimination, often suffer from depression and commit suicide at a rate far higher than their straight peers. Where people still face discrimination because of the color of their skin. Where, in too many places, women are not given the same opportunities as men, especially LGBTQ women who face even tougher odds. And where television characters are still not fully representative of the diverse lives of our audience. Not even close.

Those of us lucky enough to have a platform to tell stories have an opportunity to expand the boundaries of inclusion, and we shouldn’t take that for granted.

Now there are already 125 (and counting) comments on his Medium post, most dismissing his apology as “damage control” or as “hollow,” berating him for having taken so long to apologize in the first place.

If he would’ve apologized a day or two after the episode, many would’ve called that “damage control” too, saying that he was only trying to head criticism off at the pass.  He fumbled the ball. There’s no way for him to go back in time to make that not have happened. All he can do now is go back into the game better prepared. (I generally don’t play or watch any kind of sportball, so I hope that metaphor made sense.)

We each, as fans (or former fans) of The 100 each have to decide for ourselves whether we want to accept the apology and continue watching the show, or not.

Something to consider when making that decision: Yes, it was the countless tweets, emails, and articles from fans that made him rethink the episode. It was response to the backlash. So? Isn’t that the entire point of the backlash in the first place? To educate? To communicate a point in the hopes that the person you’re communicating it to understands it? Or is it simply to express anger? Because if it’s the former, one wouldn’t say “he’s only doing it because people complained,” because the point of the complaining would’ve been to get this apology and affect his future actions on the show. If it’s the latter – well. That’s that. You’ve expressed your anger. It is duly noted.

Yes, it took him three weeks. You know what? Sometimes it takes people a while to realize they’re in the wrong. If you did something to hurt or offend a loved one, and you fought about it and stopped speaking for a month, but then on reflection felt sorry for what had happened and your part in any pain caused, you’d want your apology accepted, wouldn’t you? We can’t control how other people apologize or how other people show us they care. All we can control is our own response to that.

For many fans, any apology from him wouldn’t be enough, and that’s okay. Don’t watch the show anymore. Support other shows that you love and that get it right. Fight for the people and the causes you believe in. Move forward however you need to, but don’t stay still. Television is a huge landscape with battles to be fought all over. Don’t stay mired in this moment, because there’s work to be done elsewhere. That’s what I love about television – it evolves. Unlike a movie which is over (and final) in two or three hours, a television show can grow and change as its writers do, and as its audience does. This always gives me hope.

I have hope for the future of The 100. As long as the show exists, so exists the possibility of a long-lasting f/f relationship, additional recurring characters, and LGBTQIA representation of all stripes. Fans have made their voices heard, and they’ve been acknowledged by the show’s creator – but episodes are not written week to week. It will be another season before we really know how this outcry has changed the show. I’m excited to see how that unfolds.

(via Polygon, image via Rach/Flickr)