James Gunn Fooled Everybody About Guardians of the Galaxy Vol. 2′s Ending 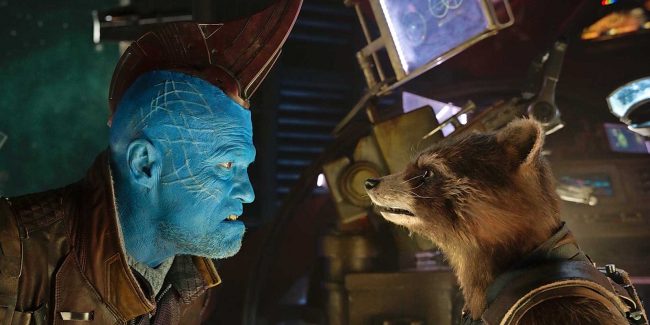 If you haven’t seen Guardians of the Galaxy Vol. 2, then maybe you should go ahead and click over to another post. Go on, I’ll wait.

Remember a while back when Michael Rooker was posting photos of him hanging out at a Starbucks in Atlanta wearing an Infinity Wars cap? Or that time he said he was hanging out in a makeup trailer in the same area, only this time they made him put tape over the Infinity Wars logo? Remember how that spawned a bunch of rumors about his possible appearance in the upcoming MCU tentpole? Apparently, according to James Gunn, that was all a ruse, a real red herring thrown out into the masses to throw off the folks who were supposing that his absence from Infinity Wars‘ cast listings meant that Yondu would die at the end of Guardians of the Galaxy Vol. 2.

Gunn revealed that the whole thing with the photos was an elaborate ruse, proving that the director really would go to any length to preserve the emotional integrity of his movie. He explained as much on Twitter, at least:

@brips88 SPOILER No we did it because word was getting out he wasn’t in the movie & people were guessing what that meant.

Of course, if you’ve seen the movie, (and at this point, I’m assuming you have), then you know that Yondu does indeed die at the end of the film. It’s a really incredible emotional climax, one that really felt truly tragic, especially given the fact that Peter had just lost his other father, Ego, only moments ago. (Granted, his other dad tried to kill him multiple times, and confessed to killing his mother, so yeah.)

It’s a moment that would have been somewhat tarnished if it was spoiled ahead of time by speculation and other such things. I certainly didn’t expect Yondu to die, and it was really heartbreaking to see it play out like that on screen. What’s especially sad is that Peter had only just really accepted Yondu as his adoptive father, and Yondu had only just confessed to truly caring for him.