What What WHAT Is This James Franco X-Men Movie? 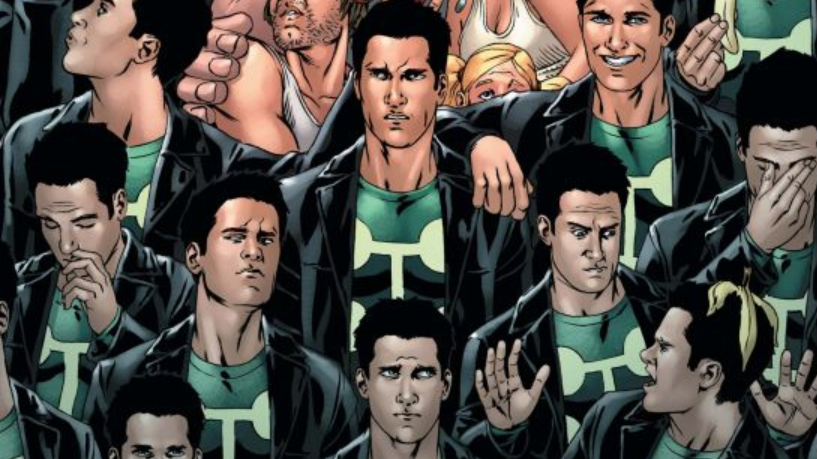 A few weeks ago, we heard that James Franco was in talks to produce and star in an X-Men movie based around the character of Multiple Man, a.k.a Jamie Madrox. Now, after a recent interview with The Hollywood Reporter, it looks like that movie might also go the way of Logan and Deadpool and aim for an R rating.

So what exactly is this movie going to be?

First off, let’s recap who Multiple Man is, for those of you who haven’t read the X-books where he’s featured. As Vulture very neatly summarized, “He’s a superhero whose mutant power is that he can create copies of himself … He has a limit to the number of copies — or ‘dupes,’ as he calls them — that he can create, but that limit has been moved around arbitrarily by writers over the years. After he’s done with whatever he’s doing, he can absorb the copy back into himself. Each dupe has its own mind and thoughts, but they’re usually pretty chill with being reabsorbed.”

Multiple Man has a long history in the B-list mutant stable. In the 1980s, he was a recurring character in Uncanny X-Men, and then starting in the ’90s he became a starring team member in X-Factor, where he’s been a regular face straight through the present. In the aughts, he also starred in his own Marvel MAX limited series, Madrox, where he set up a detective agency in Mutant Town. (MAX was Marvel’s R-rated imprint, which they launched in 2001 after breaking with the Comics Code Authority.)

Given the character’s MAX history, it makes some sense that Franco and Fox are reportedly considering an R-rating. Speaking to The Hollywood Reporter, Franco tried to keep relatively mum about the project, mentioning that “there’s a need to develop more,” and so he didn’t want to comment too early. But he did confirm that he was “working with Simon Kinberg on an X-Men property.”

Franco also revealed what attracted him to Kinberg and Fox’s X-Men franchise at the moment. “Our bottom line MO is, how can we push this into new ground?” he said. “A little bit, but still make it entertaining? … We want to make movies for audiences, and that kind of thing. What I love about what Simon Kinberg and Fox and the X-Men people have done with Deadpool and Logan — it took a while to get there, maybe 10 years, but they are going to go hard R. And we’re going to take, you know, this superhero thing and really just push it into a new genre. Deadpool‘s almost like an action romantic comedy. And Logan‘s like a western, you know?”

Now, Franco may have misspoken and simply been referring to Fox’s past R-rated outings, but when he said, “they are going to go hard R,” a lot of readers interpreted that as a statement about his own X-Men project. And that could be intriguing. Given the strain of supporting multiple “dupes,” all of whom have their own desires, Multiple Man sometimes suffers personality breaks, and watching James Franco go balls-to-the-wall as four different versions of the same dude, one of whom is slowly cracking from trying to hold them all together, is one of those concepts that’s guaranteed to be either a truly epic misfire or an amazingly trippy and shockingly effective film. It’s just one of those things that can go anywhere but mediocre. The one thing you can usually say about Franco is that his projects are … interesting.

But what do you think? Are you ready for more X-Men films, but just not with Franco? Are you pretty pumped for how weird this might get? Worried about any harmful ideas it might enforce around mental health? Sound off!

(Via Nerdist; image via Marvel Comics)