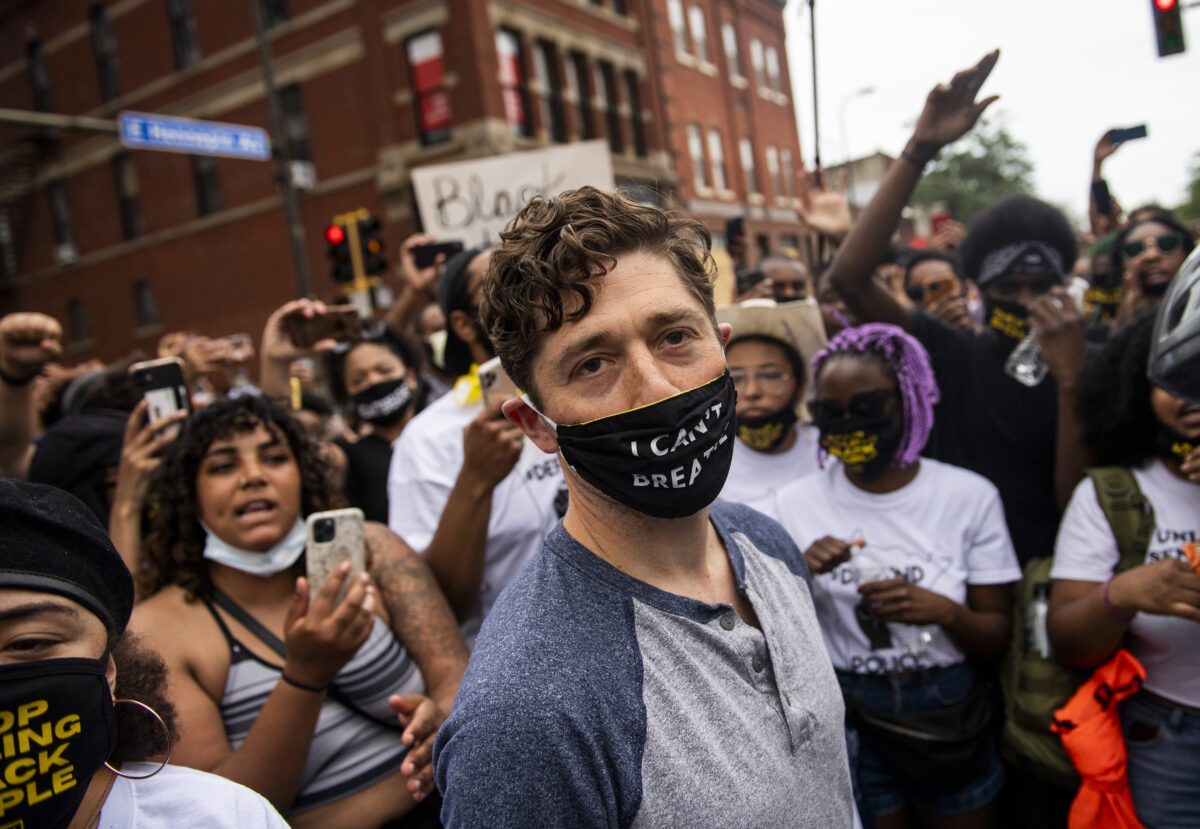 It’s easy to forget that the people we elected to public office do, in fact, work for us. Especially when some of them behave like entitled, pre-ordained monarchs. But they’re not: we pay their salaries, we support their campaigns, and we in turn demand that they make good on those promises. And if they fail to do what we elected them to do, a functioning democracy allows us to call them out on their failures and eventually vote them out of office.

Minneapolis Mayor Jacob Frey has found himself in just such a position ever since the police murdered George Floyd, kicking off an international wave of protests against police brutality. Frey was quick to condemn the murder and declare that Black Lives Matter, in an unequivocal response to police brutality. The 38 year old civil rights lawyer was elected in 2018 in part on a platform of police reform.

But we’ve heard politicians call for police reform before. And Black people keep getting murdered by the police. This has led to call to defund police forces, which take up an obscenely over-sized amount of city budgets across the country.

Yesterday, Minneapolis advocacy group Black Visions led a protest march that ended at Frey’s house. When Frey came out to address the protesters, he was asked on the spot whether or not he would commit to defunding the Minneapolis police force. Frey said, “I have been coming to grips with my own responsibility, my own failure in this,” but when pressured to give a yes or response he said, “I do not support the full abolition of the Police Department.”

Immediately, the crowd began booing the mayor and chanting “shame!” and “Go home Jacob, go home!” as he walked away from the protest. It’s an unbelievably powerful video to watch:

Listen at 1:30. This is critical. The leader knew he was up for reelection so she put him on the spot with a firm yes or no on defunding the police.

Come prepared and hold elected officials' feet to the fire. Stop treating them like mini-celebs.pic.twitter.com/i5Jua7XW0M

Later, Frey stated that he supported “massive structural reform” to the city’s police force. He added, “If you’re asking whether I’m willing to do everything I possibly can throughout the rest of my term to make sure that the police union, the police contract, the arbitration system, and some of these policies that have resulted in problems for specifically Black and brown people and murder over series of generations, I’m all for that … I’m not for abolishing the entire police department, I will be honest about that.”

Rep. Ilhan Omar also spoke at the protest where she said, “The Minneapolis Police Department is rotten to the root and so when we dismantle it, we get rid of that cancer and we allow for something beautiful to rise.”

The video is a stark and powerful reminder that we can and should demand more from our leaders. And if they fail to rise to the challenge, then they will be held accountable. The time for lip service is over. The people demand action, not platitudes.

Our city needs a public safety capacity that doesn’t fear our residents. That doesn’t need a gun at a community meeting. That considers itself part of our community. That doesn’t resort quickly to pepper spray when people are understandably angry. That doesn’t murder black men.