Ivanka Trump Says Americans “Don’t Want to Be Given Something,” Literally Could Not Be Less Self-Aware

Did she forget who she is? 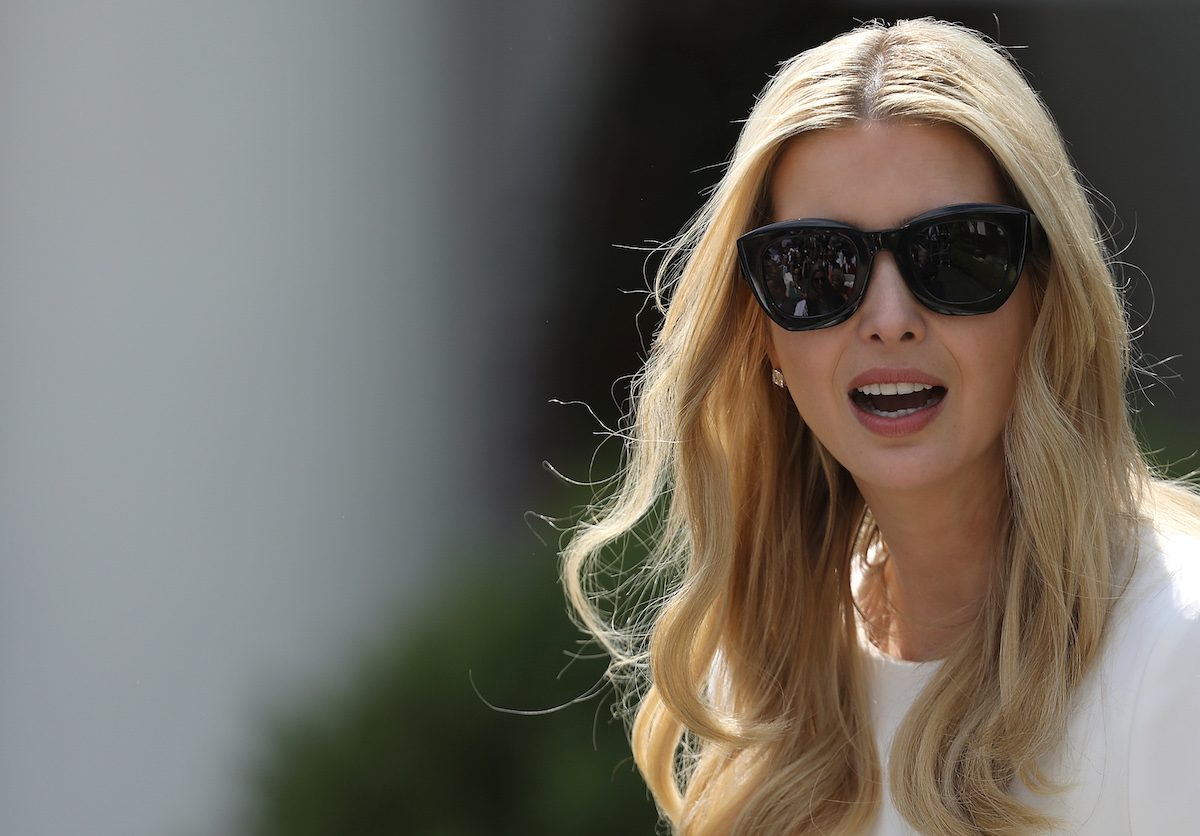 Whenever I think it’s not possible for Ivanka Trump to reach new depths of obliviousness, she goes and proves me wrong.

In a new interview with Fox News, Trump the Younger says she doesn’t think Americans will support Alexandria Ocasio-Cortez’s newly proposed Green New Deal, which, among its other incredibly ambitious elements, includes a federal job guarantee. The plan promises “a job with a family-sustaining wage, adequate family and medical leave, paid vacations, and retirement security to all people of the United States.”

According to Ivanka, that’s not something people would be interested in.

“I don’t think most Americans, in their heart, want to be given something,” she said, apparently thinking everyone watching just, I don’t know, forgot who she is and everything she’s been given.

“I’ve spent a lot of time traveling around this country over the last four years,” she said, referencing the travel she did for the job she got from her father, which she took after (reluctantly) leaving her previous job also working for her father. “People want to work for what they get. So, I think that this idea of a guaranteed minimum is not something most people want. They want the ability to be able to secure a job. They want the ability to live in a country where’s there’s the potential for upward mobility.”

Ivanka debuts as admin spokesperson for rugged individualism: “I don’t think most Americans want to be given something. People want to work for what they get.” pic.twitter.com/RerMUQ7aIj

Absolutely no one believes that Ivanka Trump knows or cares what Americans want “in their hearts.” It also seems she doesn’t understand the difference between a guaranteed job and free money. Is she actually saying Americans don’t want jobs because that would, like, take the fun out of the chase or something?

If she truly believed it was lazy or unAmerican or whatever to take a guaranteed job then there are a few things this heiress could do to prove the integrity she probably actually thinks she has.

If Ivanka REALLY believed this, she would support a 100% inheritance tax. https://t.co/rDurIq8Xc3

In her insipid book Women Who Work, Ivanka opens by describing her soul-searching backpacking trip in Patagonia where she went to ruminate on the oh-so-tough decision of whether to take an Executive VP job at her father’s company or stay in her cushy real estate firm job–a job she got straight out of college, essentially to serve as a “gap year” to gain experience to join the Trump Organization.

You know how so many Americans are always getting a guaranteed job as an Executive Vice President of a major corporation after one year on the workforce? And from there, becoming a senior advisor to the President of the United States with absolutely no relevant experience? So relatable! But also, that’s apparently somehow different from the sort of guaranteed federal job that Ocasio-Cortez and others want to see as part of a major shift towards green energy.