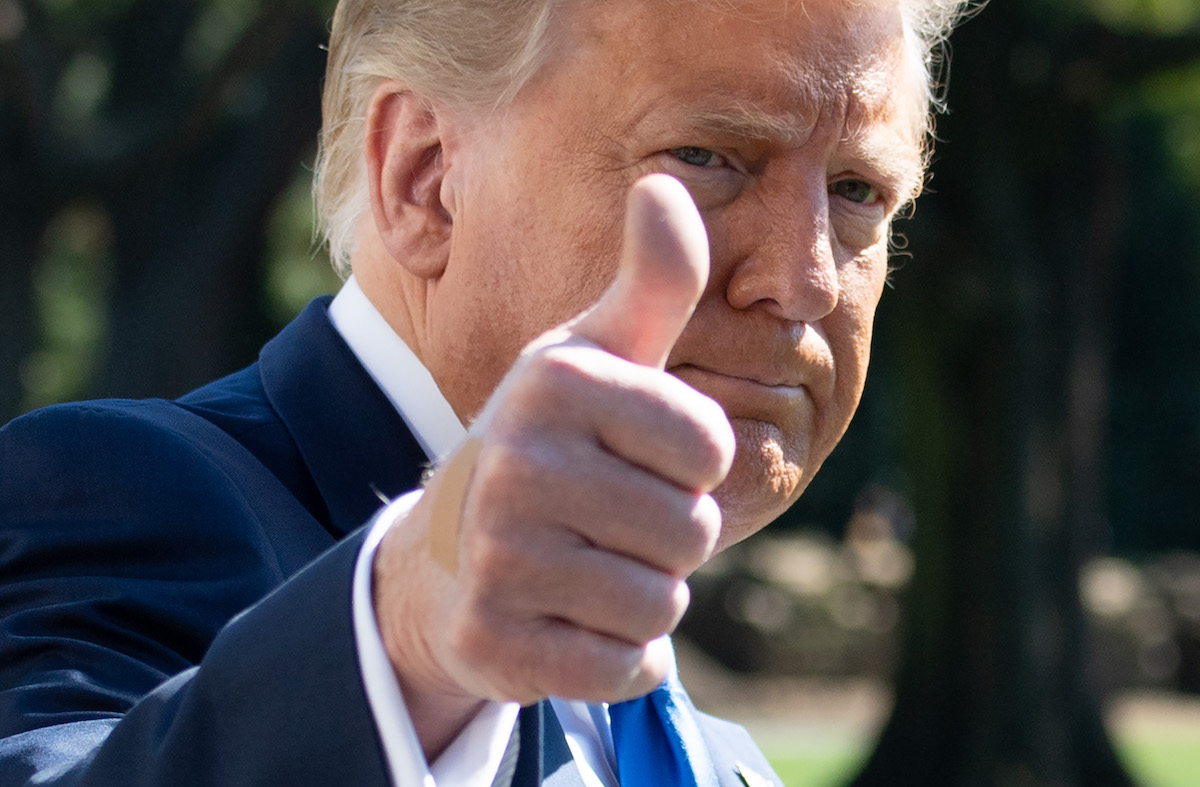 For the last week, Donald Trump and his allies and supporters have been saying the 2020 presidential election was overrun with fraud. They claim that their unofficial, illegitimate “observers” were denied entry to polling places, that random batches of fake ballots kept being “found” (meaning “counted”), and plenty more false accusations. Joe Biden has passed the threshold of electoral votes needed to be declared the winner and he’s lapped Trump by more than 5 million popular votes. So the only thing the Trump campaign can think to do is declare the entire election illegitimate.

Well, not the entire election, actually. Because even though the GOP is declaring the ballots illegitimate based on the outcome in the presidential race, they’re also celebrating the results when it works in their favor, even though those results would have come from the exact same ballots they’re simultaneously decrying.

Senate Majority (for now) Leader Mitch McConnell has not only accepted his reelection in Kentucky but has celebrated other down-ballot wins by Republicans, as have other GOP lawmakers, while simultaneously refusing to acknowledge Biden’s win. McConnell and others have been repeating their new party soundbite that “the media doesn’t decide elections.” Which, of course, is true. But the press isn’t deciding these races, they’re just reporting the results.

For example, the AP was just reporting results earlier today when it declared Trump won the state of Alaska. Weirdly, not only did Republicans not say anything about not letting the media call elections, but Ivanka Trump proudly retweeted the news.

Put AK in the books for @realDonaldTrump! Congratulations Senator @DanSullivan_AK!

How strange because if you click on that #APracecall hashtag that Ivanka clearly trusts well enough to retweet, this is the next post:

The Associated Press declares Joe Biden the winner of a grueling campaign for the American presidency. He will lead a polarized nation through a historic collision of health, economic and social crises. #APracecall pic.twitter.com/lInwqjX3PB

She’s not the only one to celebrate this win, either.

So Trump operatives are bragging about how the news media has called Alaska and North Carolina for them… while refusing to accept that the same news organization have called Pennsylvania, Wisconsin, Nevada and the presidency for Biden. pic.twitter.com/uSzTNjLsz3

So I guess Democracy is under threat and ballots are “illegal” unless they voted for Republicans and then everything’s fine and also the ballots that vote for some Republicans but not Trump must be the victim of partial tampering and we should correct the fake parts of those ballots but leave the rest as is. Got it! Great messaging!