It's the first smart thing Paul Boyer has ever said. 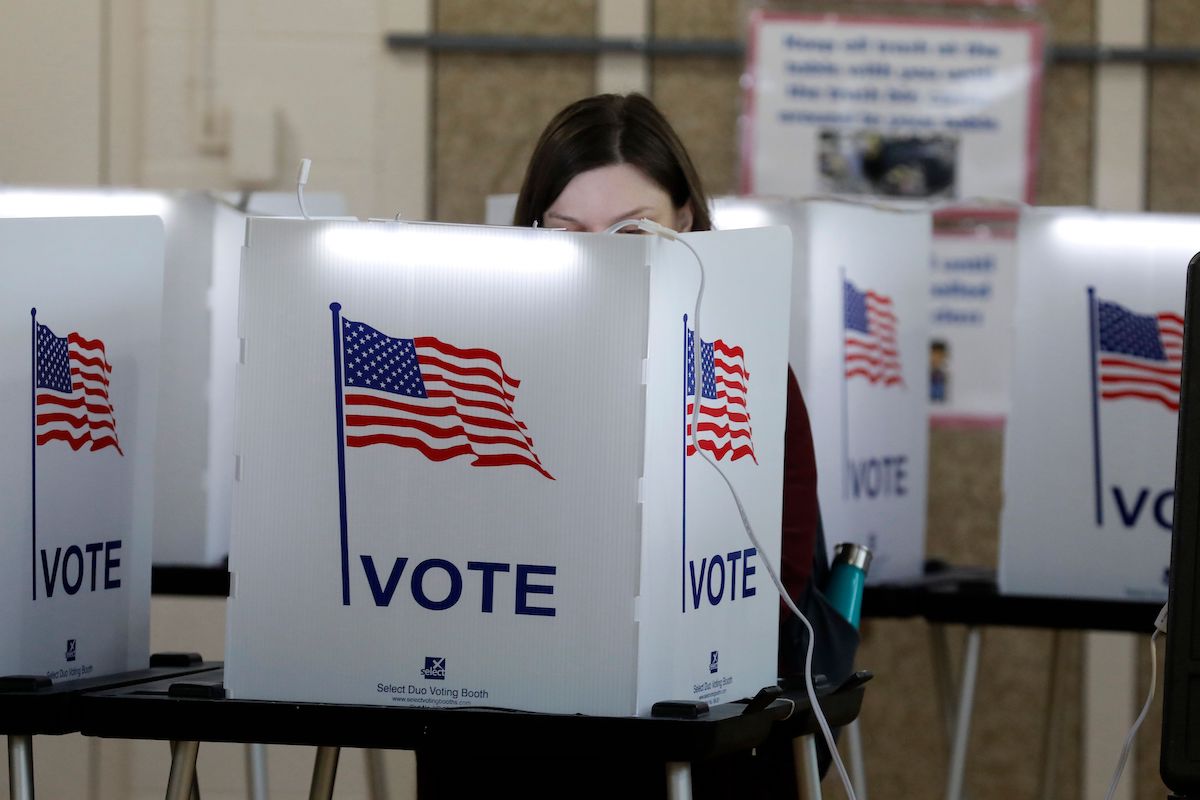 Joe Biden has been president now for 114 days, and Republicans continue to believe the Big Lie that noted loser Donald Trump was somehow cheated out of a victory. While all counts, recounts, and facts show the undisputed truth that Biden indeed got more votes, conspiracy-fueled conservatives continue to re-litigate and recount the votes. In Arizona, 16 Republicans in the State Senate voted to subpoena ballots in Maricopa County for an audit to satisfy the Trump supporters who demanded it. And since the recount has launched, it has been dogged with allegations of corruption and incompetence.

Many of the allegations are aimed at Cyber Ninjas, the Florida-based private company contracted to recount the vote, which has no experience with ballots or election integrity, and is run by far-right conspiracy theorist Doug Logan. And the recount, which was supposed the wrap up next week, is now expected to extend into August.

Katie Hobbs, Arizona’s secretary of state and a Democrat, sounded the alarm last month when she said, “My concern grows deeper by the hour, … It is clear that no one involved in this process knows what they are doing, and they are making it up as they go along.”

Now, GOP state senator Paul Boyer, who voted for the recount, is having second thoughts. “It makes us look like idiots,” Boyer said. “Looking back, I didn’t think it would be this ridiculous. It’s embarrassing to be a state senator at this point.”

Arizona State Senator Paul Boyer, a Republican, publicly saying he’s embarrassed by the audit happening in and who they’ve hired.

Arizona Senate Republicans have been the ones leading this recount, but it’s hard to get any 2 comment.

Wow, senator. You’re realizing you look like an idiot NOW? As in this present moment, months after hiring a firm called Cyber Ninjas to recount a presidential election? After two previous recounts showed no evidence of widespread voter fraud?

And when Cyber Ninjas started using ultraviolet light to detect traces of bamboo in a racist effort to tie the ballots to China (this really happened), that was still copacetic?

And when the recount barred journalists, election experts, and the secretary of state’s employees from observing the review, that was A-OK? And when OAN crowdfunded the recount and was granted exclusive access, that was all on the up and up?

And when Cyber Ninjas wanted to go door to door to interrogate citizens about their votes, that was all legit, until the Department of Justice warned it would violate civil rights?

Who could have known that this would come back to embarrass Republicans and make Arizona a laughingstock? I totally get it though, you’ve been busy dealing with the 869K cases of COVID-19 in the state. Oh wait, instead of addressing COVID, you decided to vote to censure Cindy McCain, who faithfully served your state and party for decades? Very cool normal priorities for politicians to have.

In the end, this is just another example of rRepublicans destroying the integrity of our elections to placate the same conspiracy theorist radicals that stormed the Capitol in January. After losing the House, the Senate, and the presidency, Republicans are still all in on the cult of Trump.