It Producer Draws Comparisons Between The Remake and Stranger Things

Can you imagine Pennywise in the Upside Down? *shudders* 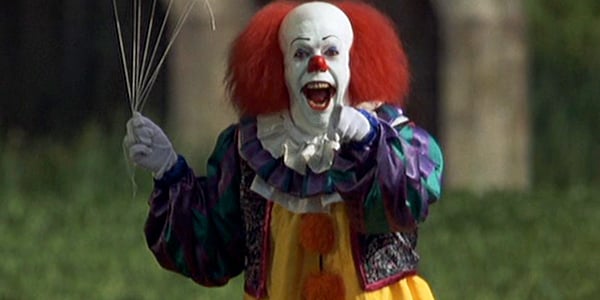 Stranger Things fever has taken over a small subsection of the internet–it seems like there’s really nowhere I can turn on my social media feeds without encountering someone who’s still talking about it, whether they’ve already watched it or are sitting down to watch it for the first time. (I’ve even been fielding questions from curious co-workers who spent their weekends pulling off an epic Stranger Things binge.) Not surprisingly, it’s on everyone’s minds–and it’s also one of the first things producer Dan Lin referenced when discussing his project, the remake of Stephen King’s It.

In an interview with Collider at the CW’s TCA presentation, Lin immediately name-dropped the creepy Netflix show by the Duffer Bros when trying to describe what the new It will be like:

I think a great analogy is actually Stranger Things, and we’re seeing it on Netflix right now. It’s very much an homage to ’80s movies, whether it’s classic Stephen King or even Spielberg. Think about Stand by Me as far as the bonding amongst the kids. But there is a really scary element in Pennywise.

It may also be easy for Lin to connect the dots between It and Stranger Things because actor Finn Wolfhard (yes, his real name, how dope), who plays Mike in the Netflix series, will also be starring in It. Lin also added that the chemistry between the kid actors who make up the core of The Losers’ Club is “really great”, and that the relative inexperience of those they cast actually made the relationship between the characters very “natural” as the actors had the opportunity to bond outside of shooting.

There’s been a significant return to this type of ’80s nostalgia with a lot of the projects that are coming out–both new and remakes of old. On the one hand, while audiences have been in favor of these throwback series, that’s also prompted the important conversation about the fact that many of these original films were lacking in diversity within their cast of characters. While there are some aspects of decades past that are fun to revisit, it’s also possible to tell a familiar story in a new way. Fingers crossed we’ll get to see more of that in movies like this It remake–or even a second season of Stranger Things.