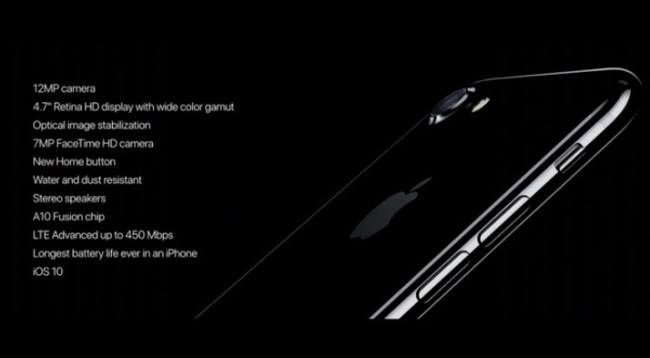 Apple has finally announced the iPhone 7, and they focused a lot on the device’s design and new, sleek finish. There were also new features, of course, so let’s take a look at what was announced.

First, the home button has been reworked as a pressure-sensitive panel instead of a standard button, and it’ll give force feedback with Apple’s “taptic” technology. It’ll also give physical feedback for notifications and other alerts and be open to app developers. The phone has also finally gotten the water resistance features that other manufacturers have moved forward on first.

On the iPhone 7 Plus, as rumored, there will be two rear-facing cameras, which will allow optical zoom up to 2 times and improved software-based zoom. The dual cameras also allow the phone to identify people in the foreground and produce a background blur to mimic the shallow depth of field background blur of a higher-end photography setup.

The iPhone 7 comes with stereo speakers for 2x volume and better sound. Headphones—here it comes—will now connect through the lightning port. (Not wireless, as I was hoping, but that’s still an option for aftermarket headphones now that the headphone jack is gone, which it is.) A lightning-to-standard headphone jack adapter will be included in the box with every iPhone 7.

They did, however, unveil a set of wireless “airpod” headphones, but they won’t be standard equipment in the box with the iPhone 7. They also have IR sensors to know when they’re in your ears, accelerometers to allow you to activate Siri with taps, vibration sensors to help the built-in microphones work better, 5-hours of listening time, and a charging case that can provide a day’s worth of charge. There are also new wireless Beats headphones available with varying capabilities and up to a full day of batter power on the biggest pair.

The iPhone 7 will also sport faster processors, with the new A10 CPU chip 40% faster than the iPhone 6s and the GPU 50% faster. It will also carry the longest battery life ever for an iPhone, which you can see in this chart: 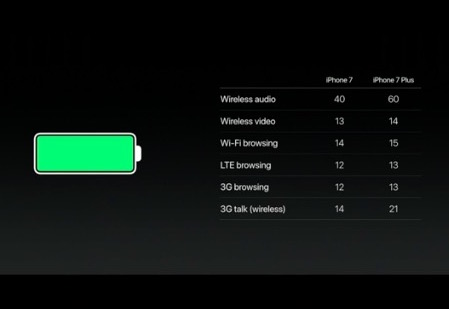 They also dropped the 16GB starter sizes for not only the iPhone 7 but the iPhone 6s models. Here are the storage sizes and installment pricing: 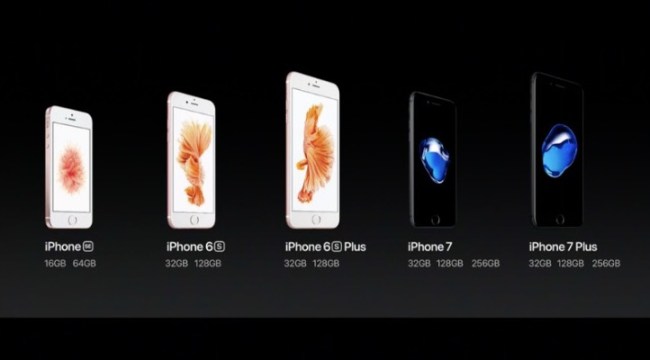 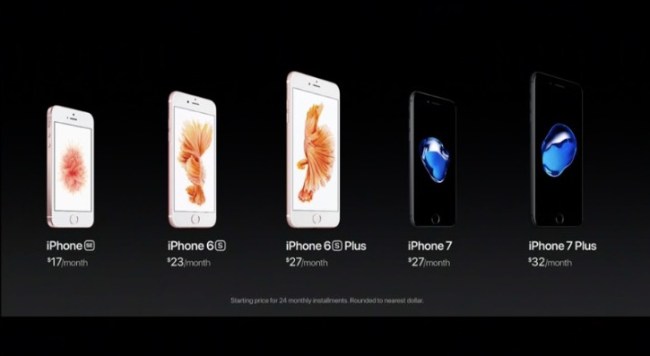 Pre-orders start on Friday, and the iPhone 7 will begin shipping a week later. iOS 10 is coming on September 13, with Airpods arriving in late October at $159.