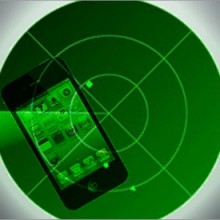 Remember that weird episode about an iPhone 5 going missing in San Francisco? This news may up the ante on the weirdness as a man claiming to be the one targeted in the investigation has come forward.

The story began last month at the Cava 22 tequilla lounge, in the Mission District. CNet reports that Apple contacted San Fran police about some missing property they were keen to have recovered, and apparently searched a home pinpointed by the missing phone’s GPS data. This is where the story takes a turn, as SF Weekly reports they’ve found the individual who says it was his home that was searched, and that no report of a search was filed with the SFPD. This could be a case of mishandled paperwork or, as some claim, Apple investigators posing as cops.

In their report, SFWeekly quotes 22 year-old Bernal Heights native Sergio Calderón who says that six people entered his home last month. He says they wore badges, and claimed to be from the police department. Complying with their request to search his home and computer, Calderón allowed the people to enter. During their search, Calderón says that these people questioned the legality of his immigration status, and those of the family members with whom he lives. It should be noted that Calderón, as well as all of his family, are in the U.S. legally.

During the search, Calderón was told that Apple was eager to get their property back. At one point, he says he was offered $300 for its safe return. When they left, one of the searchers handed over a business card to Calderón, inviting him to call if anything came up. According to SF Weekly, the name on the card is Anthony Colon, a former SF cop and an investigator for Apple.

This would seem to fit with the story originally posted to CNet, which mentions a police search in Bernal Heights and a young man in his 20’s. The CNet report also notes that both Apple reps and police were involved in the search. Where things get strange is that the SFPD apparently has no record of the search, begging the question who were the people in Calderón’s home?

This could all be nothing, or a case of an overzealous Apple investigator calling in a favor with his old police buddies. Either way, it’s incredibly weird and only serves to deepen the madness surrounding Apple’s forthcoming hardware. San Francisco won’t be safe until the next iPhone launches, which rumor mongerers believe will happen around October.

However, he [Calderón] said he was under the impression that they were all police, since they were part of the group outside that identified themselves as SFPD officials. The two who entered the house did not disclose that they were private security officers, according to Calderón.

“When they came to my house, they said they were SFPD,” Calderón said. “I thought they were SFPD. That’s why I let them in.” He said he would not have permitted the search if he had been aware the two people conducting it were not actually police officers. […]

At the least, the incident is sure to raise questions about the propriety of multiple SFPD officers helping private detectives conduct a search — which was never properly recorded, per standard police operating procedure — of somebody’s home. “Apple came to us saying that they were looking for a lost item, and some plainclothes officers responded out to the house with them,” Dangerfield said. “My understanding is that they stood outside.” He added, “They just assisted Apple to the address.”