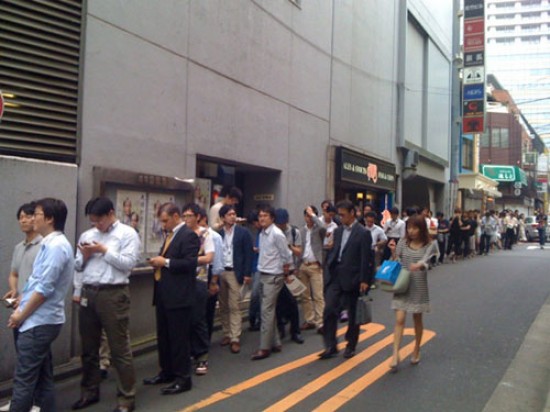 If the Apocalypse comes, we’re screwed — I’ve already accepted this. But if AT&T can’t even get their act together for iPhone 4 pre-ordering, god knows what will happen when the poop really hits the fan. People in New York City are waiting in lines outside of AT&T stores because the upgrade ordering systems have collapsed. So what exactly is happening?

Most frighteningly, the line at the stores aren’t even for getting the phone, but for pre-ordering: putting one’s name on a list in order to reserve a spot for yet another line on June 24, when the iPhone actually is released. How did AT&T not prepare adequately for what would obviously be a popular product?

According to Gizmodo’s Kyle VanHemert who was on-site at an AT&T store, the servers are entirely overloaded and only about one pre-order was going through every 20 minutes:

They said the problem was system wide. Here’s how it worked: They just kept mashing on the ‘submit’ button and getting error after error. On the umpteenth try, it’d go through and then the next step, whatever that was, would get error after error. After a long time, it would finally go through. What’s worse is that the first step of the process reups your 2 year contract, so you can’t walk away if you get fed up. I had to stick around until it went through, or i’d have a new contract but no subsidized phone.

Frederic Lardinois, blogger at ReadWriteWeb, also tweeted not too long ago: “wonder if Apple managed to sell a single iPhone 4 yet today… I can’t get past the upgrade eligibility screen – servers time out.”

When I tried to log onto AT&T’s myWireless section, I was greeted cheerfully by this screen: 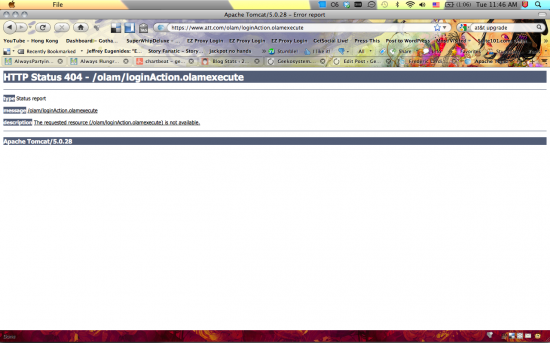 Update: Apparently some reported security breaches in AT&T’s myWireless service. Several have logged on to find themselves in other people’s accounts. AT&T has since taken down the site, citing “a system upgrade”: 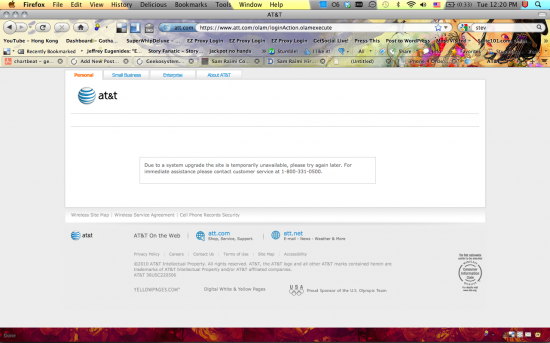 The iPhone, with all its new pretty features, is a guaranteed success, and yet AT&T still can’t do it right. What a tragedy.