This iPad 2 is Decorated With Dinosaur Bones and Diamonds 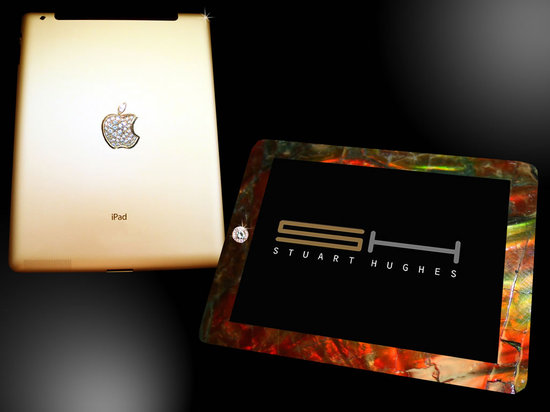 The above iPad 2, made by Stuart Hughes in Liverpool UK, is so expensive and indulgent that only two are being made. Running a cool $8 million, the iPad 2 Gold History Edition is named as such because the front frame is made from Ammolite, one of the oldest rocks in the world, dating over 75 million years. On top of this, bits of a 65-million-year-old Tyrannosaurus Rex’s thigh bone have been mashed up and shaved into the Ammolite frame. The Ammolite was then finished with a single cut 8.5 carat diamond, inlaid in platinum, and surrounded by 12 outer flawless diamonds. If that weren’t enough, the iPad 2 is encrusted with 53 individually set sparkling gems, a solid gold 24 carat Apple logo, with the back of the gadget also being made of 24 carat gold. And you thought the regular iPad 2 was too expensive.