The Into the Woods Phenomenon: What Happens After Happily Ever After

How to balance big dreams and realistic expectations. 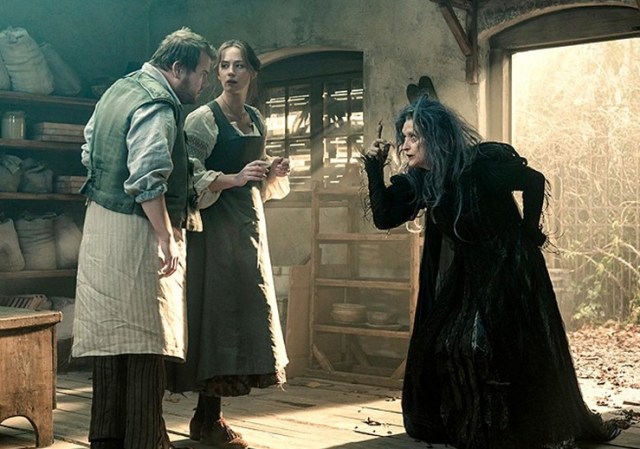 Note: This article contains some minor spoilers for the musical and movie Into the Woods.

When I was very young, Stephen Sondheim released a new Broadway musical called Into the Woods. Since before I can remember, I’ve loved this show! I loved the story, the music, and the tie-in of the familiar fairy tale characters! All of it absolutely thrilled five-year-old me, and I listened to the cassette tape on repeat, until I knew every word by heart.

In the show, a baker and his wife want “more than anything” to have a baby, but they are unable to conceive. The reason for their infertility, they soon learn, is that a witch put a curse on the baker’s family. However, the witch tells them, they can break the curse if they find and bring to her:

“the cow as white as milk” (Jack and the Beanstalk)

“the cape as red as blood” (Little Red Riding Hood)

“the hair as yellow as corn” (Rapunzel)

“the slipper as pure as gold” (Cinderella)

And thus, shenanigans ensue until, triumphantly, Jack slays the giant, Red Riding Hood kills the wolf and saves Grandma, Rapunzel escapes from the castle and marries her prince, Cinderella goes to the ball and, in turn, marries her very own prince, and, of course, our protagonists are granted their long sought-after baby! And all joyously sing:

Not a sigh and not a sorrow
Tenderness and laughter
Joy today and bliss tomorrow
And forever after!

And then the cassette tape would finish—happy endings for all!

So imagine my surprise when, at age 9, I finally went to see a stage production! Sure enough, the first act went exactly as I knew it and ended with the characters dancing around the stage, jubilantly singing “Ever After”!

And then the narrator said, “To be continued!”

After intermission, everything changed. The giantess whose husband Jack had slain in the first act was very angry, and the fairy tale characters were forced to face her wrath. Cinderella and Rapunzel’s marriages were not without conflict. Little Red’s personality took a dark, post-traumatic turn. And pre-adolescent little me? Well, I sat there, mouth agape, as my Disney fantasies unraveled in front of me.

It turns out that cassette tape I listened to had a side B no one ever told me about. And that, I think, is a great metaphor for growing up.

After Happily Ever After

All that being said, as much as I love their movies, Disney lied to me. They probably lied to you, too. I learned from old Disney movies that if I sat and waited, quietly tolerating everything unpleasant in my life, a prince would come along, sweep me off my feet, we’d get married, and, I assumed, everything after that would be so idyllic it wasn’t even worth following up on.

The result of this is that I see a lot of women in my practice who have been let down. They followed the formula and primped and preened like Snow White and Cinderella, but even “the fairest of them all” eventually has to deal with things like socks on the floor, colicky babies, questions of authenticity and identity, disparities in how often they and their partner want to have sex, the stresses of a dual-career household, challenging in-laws, grief and loss, and the struggle to “be enough,” to name a few.

This doesn’t mean that life is hardship. It means that life contains hardship, and what gets us through those times is:

Marry the love of your life—perhaps your prince or princess. Take risks. Dare greatly. Be vulnerable. Fall, devastatingly, and grow stronger from the experience. Live with vigor, with joy, with ambition, and with unflappable hope.

But when there are pitfalls and Sondheimian plot points in the story of your life, recognize that those are part of your story and that fairy tale-like happy endings are, well, the stuff of fairy tales.

(Peripherally related: For a great laugh, you should check out the “After Ever After” Disney videos from Jon Cozart here and here.)

Jennie Steinberg, LMFT, LPCC is a strength-based psychotherapist practicing in Downtown Los Angeles.  She loves working with clients who are on identity journeys, working to live authentically, make major life decisions, and build their self-esteem. You can visit her website to make an appointment or read more articles she has written at http://www.jenniesteinberg.com.