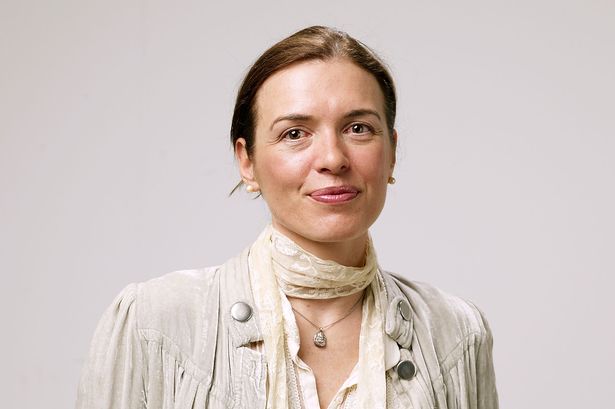 Although she has since changed her focus, Scottish filmmaker Diane Bell used her experiences as a yoga teacher as inspiration for her sophomore film effort, Bleeding Heart. Premiering earlier this year at the Tribeca Film Festival, the drama focuses of a pacifist yoga instructor (Jessica Biel) compelled to protect her long lost sister (Zosia Mamet), a prostitute facing an abusive relationship and violent clients. Bell, who previously won the Alfred P. Sloan Award for Best Debut Feature at Sundance for Obselidia, was inspired while working with sex workers who dealt with the threat of violence on a daily basis. We spoke about those real-life influences, challenges of making a film about violence, and importance of having a female director tell this story.

Lesley Coffin (TMS): I know that you were a yoga instructor, so I assume that is at least part of the influence for Jessica Biel’s character, May. But who inspired Zozia Mamet’s character Shiva?

Diane Bell: As a yoga teacher I worked in Barcelona and I worked in drop-by social centers for prostitutes. I was asked by a prostitute to teach a class at the center and found that work gratifying. So when I taught at another center in Edinburgh, I was really shocked by women living in that city with an incredible amount of violence in their lives, and too many people seem to think it’s acceptable. I remember there were two young women who were considered on the lowest rung of the sex workers, street walkers. And none of them came from happy homes, and most came from the foster care system and didn’t have families to help or support them. Which is why many had fallen into abusive relationships, and of course, many of their Johns are also abusive. And even if it sounds naïve to say, I found it all shocking and thought, “How can we let these women who are in such tough circumstances, through no fault of their own, experience these things and not do anything about it.” So that feeling really stuck with me, a yoga teacher encountering a woman like that, who she decides to help and not say its ok or it’s someone else’s problem. This is her sister and she is going to help her.

TMS: Speaking with some of these women about their experiences, did you find they felt people ignorant or apathetic about what was going on because people think abuse and violence is a known risk involved in prostitution?

Bell: I never asked any of them why they were being ignored by the public. But just going into the center in Edinburgh, there were signs on the doors warning that a client had beaten a woman up, but was still out there. So I never asked them why they felt ignored, because most of them felt like they had no choice but to go into prostitution. Some of these women couldn’t even read or write. That is how grim the situation is.

TMS: Why set the film in California?

Bell: I’d been living there for about 5 years, and I am still part of the yoga scene. And the other side I wanted to explore in this film was the yoga world, in a subtle way. Because that is an environment which talks about peace and things happening for a reason and importance of gratitude and feeling blessed. And that is all fantastic, but it’s also not the whole picture of our world.  And it’s easy to be peaceful and feel blessed when everyone around you is like that. But what interested me is how easy is it to be peaceful when confronted with real violence? Can you maintain that state of mind, and what is the correct choice, when confronted with someone who doesn’t want to sit down and have peaceful talks? So setting it California made sense, and it was partly my reaction to being in kind of the yoga epicenter. I live in Santa Monica, where the attitude is kind of “everything is wonderful.” And it is for the most part in Santa Monica, but not far from here, it isn’t.

TMS: When developing their characters, why was it important to focus on the bond of sisters, rather than have them be friends or even strangers?

Bell: When I wrote the first draft, they actually weren’t sisters, they were just two women who met by happenstance. Which is more inspired by my own experiences. But in the development process it was suggested that they should be sisters, which was an idea I found really compelling. I have two sisters, and it is true that there is a really deep bond. The person who suggested that was actually adopted and we have conversations about adoption and the impact that had. And making them sisters provided an added motivation to May to go as a far as she does, because that was the question we were dealing with. And the film plays with the idea, are they really sisters, and yet May continues to help Shiva even when she doubts that this woman is really her sister. Of course I feel a connection and sisterhood with all women, but my relationship with my blood sisters is definitely my strongest and the starting point.

TMS: When you make a movie about violence and have to depict it, there is always a line you have to consider, because if you don’t go far enough there won’t be an impact, but show too much and it can feel exploitive. When directing the movie what decisions did you make regarding how far to film those scenes?

Bell: As a filmmaker, I think it would be very hard for me to be exploitive, because I feel my characters pain so deeply. I think I found I had to push myself to go farther than I normally would. And regarding the violent scenes in this movie, I really dug into them with my actors. It was so important that they felt real, and it was often the actors who pushed the scenes further and take it to some other place. But I trusted them and they trusted me. But I would never want to make a movie which was exploitative, that is just not who I am and I feel a deep responsibility to really think about how we depict things and why we depict things. And I hope that audiences see that while there are those violent scenes, they are there for a reason and know that sometimes you have to go to those dark places to understand the journey. This is very much from May’s point of view, and seeing these acts of violence which she’s never been exposed to before, meant they had to hit the audience the way they would hit her. The movie is about a woman who has lived a very sheltered life who is suddenly being confronted by real violence which is shocking and is meant to makes us uncomfortable?

TMS: When you write a screenplay, do you write from the perspective of a director and think about the visuals, or do you approach writing and directing as two separate jobs?

Bell: It sort of depends. When I started out writing Bleeding Hearts, I didn’t know if I would necessarily direct and thought I’d be willing to hand it off is someone better came along. But slowly I got hooked and felt very strongly about directing it. I’m in post on another movie right now, called Of Dust and Bone, and that was a completely different situation because from day one I was planning to direct and then had to write it. But I’ve also written scripts I have no intention of directing.

TMS: When developing the screenplay for Bleeding Hearts, even before committing to direct it, did it feel like a project which should be in the hands of a female director?

Bell: I would have found it very hard to imagine a man directing this film. And that was probably part of the reason I decided I wanted to direct this. Because on some level, this is sort of a female fantasy film and I felt very strongly about wanting to see a woman in the role of the hero, a woman protecting another woman. And I don’t want to say that a man couldn’t have directed it and done a great job, but it felt important.

TMS: The movie seems to be marketed as an action-revenge thriller. Are you comfortable putting it in that genre?

Bell: It certainly seems to be marketed as thriller, and I sort of knew that could happen. That is would be categorized as one. But when I saw the trailer even I was like, “wow that is pronounced.” And a trailer isn’t necessarily reflective of everything a film is about, and I think the film is a lot more subtle and more dramatic journey. But it is easier to sell a movie as a thriller, and that isn’t my choice, but if audiences come expecting a thriller, I think it delivers on that too, but hopefully more than just that.