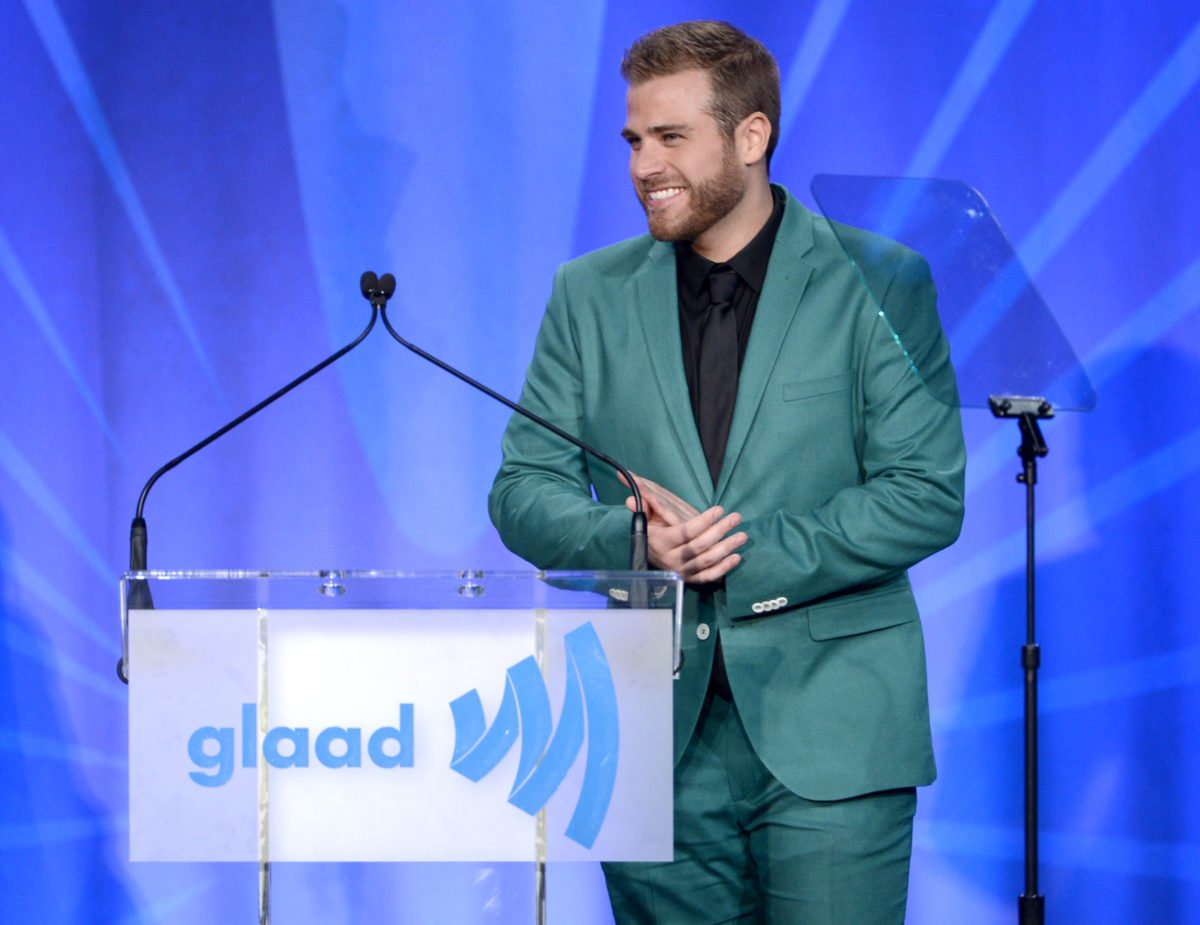 Talking with Scott Evans should be a requirement for everyone. Fun, fresh, and willing to laugh at himself, Evans is proud of his work, and it shows. Evans stars as Joel in “Midnight Kiss” (out today), another feature-length installment of Hulu’s Into the Dark horror anthology, and is proud to be part of an LGBTQ+ film in the horror genre.

I asked Evans what drew him to the project in the first place. He told me,

I have always been a fan of horror movies and thrillers and scary movies, and, I mean, I get scared very easily, I just liked scaring the crap out of myself and watch them all. And so, when I first read the script, the original script that we had all read, it changed kinda completely after the first table read. They revamped everything as far as even the killer is a completely different person than it was in the original script. But when I first read it, it was kind of sad because I couldn’t think of another horror film that I’d seen that a group of friends from the LGBT community were just hanging out, getting murdered. So I think seeing that kind of drew me into wanting to do it even more because it was something that we hadn’t seen before for our community.

In “Midnight Kiss,” there’s a game where a group of friends must each find someone for their New Year’s Eve midnight kiss, and then they can spend the night with that person, but by the end, they have to say goodbye.

Yeah totally, the funny thing is that, while people might be like ‘oh my god do people actually like do that?’or whatever, I’ll tell you, there’s, apart from the murder, a lot of true to life aspects in this starting from a weekend in Palm Springs and when they talk about being kind of incestous in a group of friends. It’s all stuff I can kind of pinpoint people I know in my life or even me in the story. So it’s a very fun film for people that get scared easily, I don’t think that…maybe I didn’t get as scared because I knew what was going to happen, but I think there’s also…you’re going to get as many laughs out of it as you are screams.

Part of the draw is that you never really know who the killer is, going back and forth continually on whether it’s Joel or not. And that’s something that clearly excited Evans.

And that’s just like so many movies I’ve seen like starting with Scream at a young age, you just spend the entire time being like ‘oh, it’s that person!’ or ‘oh no, it’s that person, could be that person’ and you have all these ideas and all the sudden you get the reveal and you’re shocked. And I think it’s fun in that way because it leaves it open the whole time to who it could be and it keeps people wondering the whole time.

The night before our interview, Scott went to Watch What Happens Live, and there was a bit about his sweater envy over his brother (Chris Evans) in Knives Out. So, I pointed out that his glasses look in “Midnight Kiss” might be giving the sweater a run for its money.

Hell yeah! A lot of people, my friends who have seen pictures and who have seen the film are telling me that I’m giving Talented Mr. Ripley vibes.

Then we started to talk about Joel and his … sugar daddy vibes.

Exactly. He’s ordering everything, planning everything. Well, I will say that the part of Zachary, that Chester Lockhart plays, in the original script he was supposed to be this kind of arrogant male model and apparently Chester came in and gave his read and he’s just hysterical and now, seeing that part, you can’t see anyone playing that part other than Chester and we have respresentation across the board.

You can stream “Midnight Kiss” on Hulu now, and I highly recommend you do!