Interview: Pierce Brown on Dark Age: “The Solar System Is at War. No One Is Safe.” One of my favorite recent series has been the Red Rising trilogy by Pierce Brown. Set in a futuristic dystopia where humanity is divided into a color-coded caste system across the solar system, we get to witness the journey of its hero Darrow, from a lowly teenage Red to a Count of Monte Cristo-type revenge player who infiltrates the highest level of society, the Golds, and attempts to bring the promise of true freedom to the galaxy. Except freedom is never free.

Despite ending on a high note with Morning Star, Brown crafted a sequel series with Iron Gold, and the newly released installment Dark Age, that takes place ten years after the end of Morning Star and shows how society has been changed in the aftermath of the uprising. Much like A Song of Ice and Fire‘s George R.R. Martin, Brown is an author who is interested in exploring the consequences of his protagonist’s actions. Revolution doesn’t come without a price and no one can stay a hero forever.

I got the chance to talk to Brown during the midst of his very intense and fun book tour (his Instagram is totally entertaining). Dark Age continues the trend of compelling characters, fast plotting, action, and the feeling that no one is truly safe and no one is who you think they are. 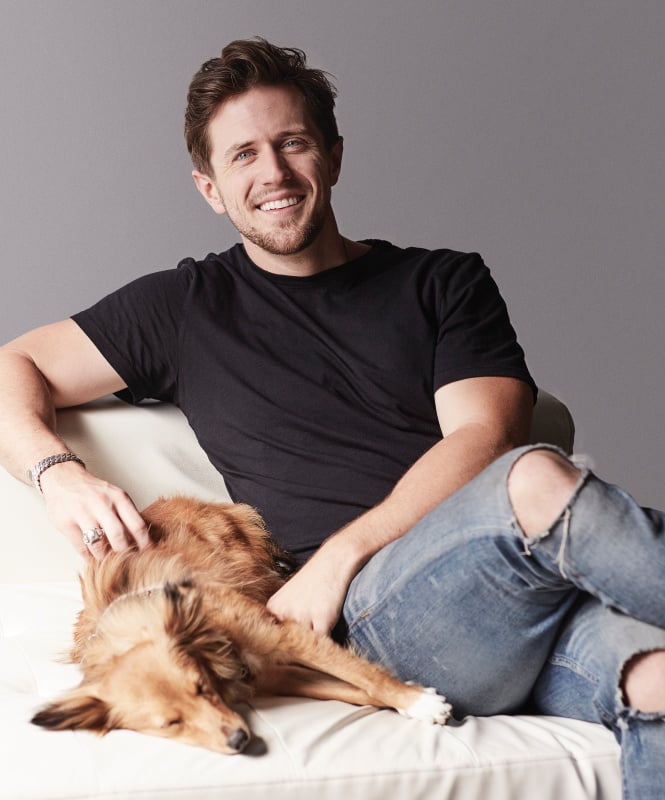 The Mary Sue: One of the things I love about this sequel series is that freedom and equality don’t just happen because you overthrow one ruler or one government, it is engrained into the universe. While writing this series what new voices and types of characters were you hoping to highlight in Iron Gold and the upcoming Dark Age?

Pierce Brown: This story has always been about disenfranchised characters rising to importance and rejecting the world they’ve received. In Red Rising it was Darrow, but by the end of Morning Star and the beginning of Iron Gold, he’s now the giant squishing everyone else under his feet. Lysander, Ephraim, and Lyria had their lives turned upside down by him, and he didn’t even notice. I wanted to capture their story. To see how they rise against him, with him, or parallel to him in the chaos he’s unleashed.

TMS:  Since his cutting, Darrow has always been a character with split loyalties, especially when it came to his interpersonal relationships. Iron Gold was the first time I really wondered if Darrow could still be considered hero and if he is still the right person to lead the rebellion. At this point he’s been a Gold longer than he was ever a Red. As you write this new trilogy how has Darrow evolved in your eyes? Do you think it is possible for a savior to always be a hero?

Brown: The title of Iron Gold is somewhat eponymous. It refers to Darrow, as all the titles do, and his evolution from beacon of hope to conqueror. In many ways, he is more Gold than Red now. He knows it. He hates it. That internal strife, and the question you pose, is very much the point of this new series. He is not a hero any longer, but he may very well still prove a savior.

TMS: One of the things I love about this series is how there are real lived-in consequences for the things that happen, including the fact that Darrow has PTSD that he and many (like Dancer) haven’t dealt with. How did you approach these more emotional layers of his character?

Brown: Fear is a central theme of the series, as is violence. If the repercussions of all the horror the characters endure doesn’t reach down into their belly and threaten to upturn them, then the fear and violence would not matter. The reader would not believe it. The characters would be invulnerable. Guilt is such a central part of humanity. Societal guilt, personal guilt, all of it influences our actions. So should it influence those of the characters of Red Rising.

TMS: We are finally getting Mustang’s point of view and considering the sometimes, reverent way Darrow sees her, we are gonna get a chance to see Mustang the person. What did writing from her perspective allow you to learn about her character and what can we as readers look forward to learning about her and her rulership now?

Brown: We never see people for who they are. Sure, occasionally we might glimpse a true facet of them. But we can never see the true whole—the insecurities, the guilt, the anger, the resentment, the essential humanity. Darrow loves his wife, but he holds her on a pedestal, as he did Eo. It’s his nature to canonize the goodness in people. But Mustang is complicated. Brilliant, of course, but riven with doubt, alienation, fear, and frustration. These are just some of the facets of her personality that Dark Age will explore.

TMS: In a sequel series it is often expected that characters from the previous series have plot armor, yet we saw fan favorite Cassius died. Is anyone safe, or should we be prepared to mourn some of our beloved characters?

Brown: The solar system is at war. No one is safe.

TMS: At the end of Iron Gold, we see that Darrow has won another victory, but at the expense of his son (and his best friend’s daughter) being kidnapped. Characters like Lyria who should have been given a brighter future still have dark paths to face. Do you think peace is possible in this world? Do you think the characters still know how to fight for peace, not just survival?

Brown: Is peace possible in our world? You and I don’t see conflict every day in our own lives, but others in the world do. I think it’s pretty simple. Humanity is a species always at war with itself. Until there is no scarcity, there will be no total peace, but even then we must contend with our fractious tribal nature, and our persistent habit of making an ‘us’ vs ‘them’.

This series is a dark mirror of our world. While the names are ludicrous, the stakes interstellar, the technology miraculous, I’ve tried to populate it with humans. Or at least humans as I see them. Is prefect peace possible in their world? No. Is a better world possible? Always.

TMS: You have an amazing fanbase, especially LGBT readers. What has it been like to have a series that has reached so many people, especially in a genre that hasn’t always been LGBT friendly?

Brown: It is inspiring. I count myself very lucky. I didn’t target anyone in particular when I wrote these books. I wrote them for me, to explore my own sense of alienation and powerlessness. So the fact that the LGBT community has embraced Red Rising along with people of all stripes gives me a warm feeling of community. A sense that there’s more that unites us than divides us. 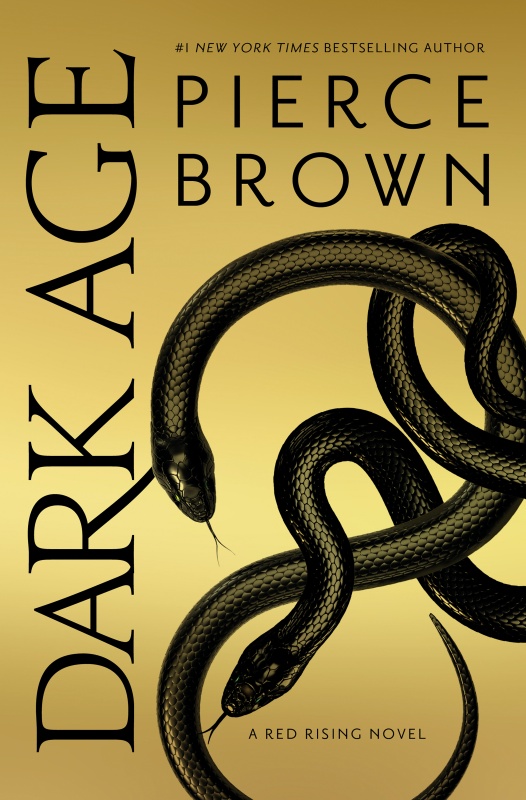 For any New York-based Howlers, Piece Brown will be having a signing event at Barnes & Noble Union Square tomorrow at 7pm as part of the Dark Age tour.